Sinalunga is nestled on the hills that separate the Val di Chiana and the Ombrone Valley. Although the village hasn’t retained many traces of its beautiful walls, its medieval origins encapsulate its character. It was once the seat of the Vicariate of the Republic of Siena, and was also occupied by Charles V of Spain who put an end to the Sienese Republic and instead favoured the country’s approach of the Grand Duchy of Tuscany.

The treasure trove of Sinalunga includes palaces and incredible churches bearing witness to its deep past.

The churches in Sinalunga hold a wealth of artwork, including a Deposition by Girolamo Del Pacchia, conserved in the nearby Collegiate Church of San Biagio, home to other precious paintings from the 1500s by Passignano and Santi di Tito. The church dates back to the 13th century, but was rebuilt in 1580 and again in 1667 and 1669.

Surrounded by the historic centre’s warm buzz is the medieval Palazzo Pretorio, built between 1337 and 1346, which is still intact today.

The Church of Santa Lucia is home to two paintings of the Madonna by Benvenuto di Giovanni, and the Compagnia della Madonna delle Nevi is home to works by Guidoccio Cozzarelli, Sano di Pietro and Rutilio Manetti.  A visit to the Santa Croce Church is also unmissable, inside which is the Marriage of the Virgin attributed to Luca Signorelli.

The Francescan Convent of Poggio Baldino is well worth a visit, housing a painting of the Madonna del Rifugio.

The 18th century Parish church of Santa Maria delle Grazie is unmissable, with its fresco of Madonna delle Grazie held inside. The combination of the two effectively represent the small hamlet of Guazzino. The Church of San Giovanni Battista and the Castle of Farnetella are also ready to be discovered, found in the very same destination.

Not far away from Sinalunga is the small medieval village of Castelmuzio, with its fortified castle and a small tower that surrounds the entire historic centre. A few kilometres on you’ll be able to visit one of the most famous thermal baths in Europe, found in either Chianciano Terme or the medieval village of Montepulciano.

In the surrounding countryside, where the Etruscan river Clanis once flowed, you can find the Canale Maestro della Chiana, an artificial canal that’s considered the most striking and interesting historical trace of the Medici and Lorraine reclamation projects.

The village of Sinalunga is incredibly lively throughout the year, as demonstrated by the many events organised in the town. In June, the Biancalana festival takes place in which you can try some of the delicious food, enjoy yourself and learn about local traditions. During the festival there’s the chance to watch the Rioni sinalunghesi tournament.

Every September the Festival of Grapes and Wine takes place throughout the historic centre, where you can watch how grapes are traditionally pressed, followed by tasting many of the area’s typical wines.

The territory around Sinalunga is also where the Chianina beef comes from, perfect for meat lovers, who might enjoy cold cuts of delicious Cinta Senese. Thanks to the historic farms in this area, flavours that were slowly disappearing have been saved, like the Valdichiana aglione, without which we wouldn’t have the typical pici all’aglione.

You might also be interested in Discover events, experiences, accommodation and restaurants nearby
Attractions
See allchevron_right
Museums Collegiate Church of San Biagio in Sinalunga 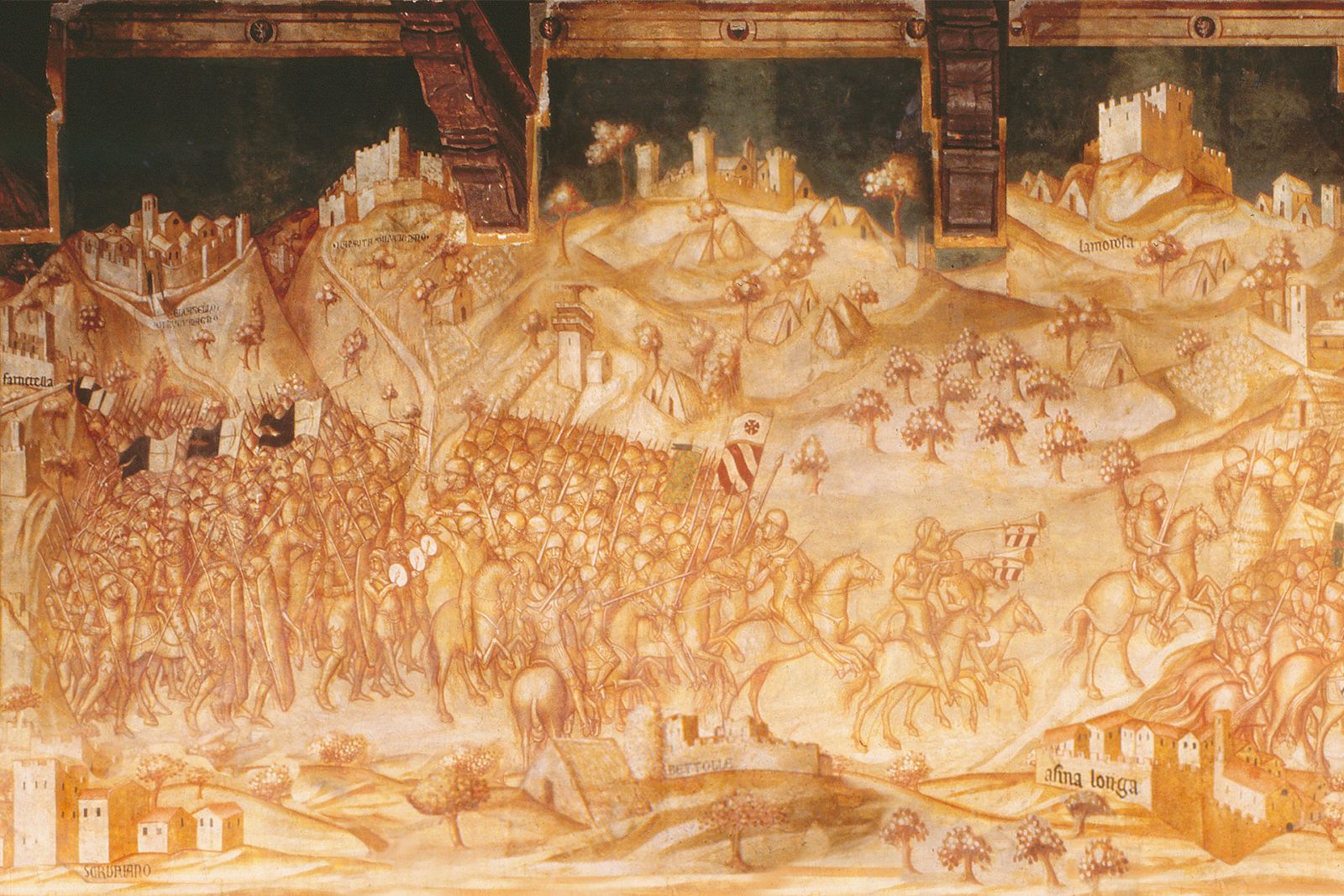 Read the story of Sinalunga on