Siena
Where not a single stone has changed down the centuries

You can see Siena from afar, resplendent in its medieval harmony. The three hills on which it stands are the high points in an idyllic backdrop of arable fields, where the edges of the ancient city melt into a countryside which in places looks like the background to Ambrogio Lorenzetti's painting Allegory of Good Government in the Palazzo Pubblico. The Siena that greets you today is largely the same as it would have appeared back in 1300, and the preservation of its unique, coherent inheritance of medieval architecture is one of the main reasons to visit such a magnificent city, which has for a long time been all too aware that it lives in a fragile equilibrium.

What to see in Siena

Siena's golden age began when it established itself as a serious rival to Florence in the late Middle Ages, a period in which the city - at the peak of its historic-economic evolution - grew into its current form. In the space of a few decades, the incredible Palazzo Comunale (or Palazzo Pubblico) and its soaring Torre del Mangia, thought one of the oldest and tallest towers in Italy, were erected, while the beautiful Piazza del Campo's unmistakeable seashell shape was lined with travertine. The piazza is known throughout the world for the fact that twice a year it becomes the hippodrome for the Palio delle Contrade: for these occasions, the ground is covered with tufo powder to help the racehorses grip. Finally, work on the cathedral began, which the Sienese actually intended to make bigger: the expansion plans were eventually shelved when the Black Death convulsed the city in 1348, but the intention is still visible today in Piazza Jacopo della Quercia, where the columns that would have propped up the new nave and façade can be seen.

Some of Tuscany's most beautiful areas lie immediately around Siena. Just think of San Gimignano, which is an easy bus ride away: the city whose towers have earned it the name of the "medieval Manhattan".

You should not miss a visit to the castle of Monteriggioni, which Dante described in his Divine Comedy. In Inferno 31, the great poet compares the outlines of the giants in the ninth circle of Hell to the circuit of walls that surrounds this Tuscan town: "però che come su la cerchia tonda / Montereggion di torri si corona, / così la proda che 'l pozzo circonda" (for as Monteriggioni's round wall is crowned with towers, so they [the giants] towered here above the bank that runs around the ditch). Buonconvento is an agricultural centre that emerged in the thirteenth century along the Via Francigena, the ancient pilgrimage route that conducted and conducts pilgrims to Rome from western Europe. Finally, we recommend a trip around Asciano, which is characterised by the hills and ravines that make up the "lunar" landscape of the Crete Senesi. The colour of this area varies from blue to grey, thanks to the presence of clay mixed with halite and chalk. Among these undulating hills grows the precious white truffle, which has its own museum and an annual festival.

Twice a year the celebrated Palio di Siena takes place, a mysterious and spectacular tradition that has survived the centuries. The Palio is a horse race run in Piazza del Campo, the absolute heart of the historic centre, contested by the city's districts.

In December the same piazza is given over to the Mercato del Campo, while the complex of Santa Maria della Scala (one of the first ever hospitals in Europe) organises exhibitions and displays that pique the interest of Italians and foreign visitors alike.

This ancient city, which goes back to Etruscan times, has so many traditions, and among them we cannot forget its cuisine: Siena, in fact, boasts the largest and tastiest menu of sweet foods in all Tuscany. Ricciarelli, panforte, pan pepato, budini di riso, cavallucci and copate all must be tried. As must pici, a type of thick, handmade fresh pasta, pecorino cheese and Cinta Senese sausage.

Museums Museum of the Contrada of the Selva (Forest)

Where to get married in Siena

8 towns in the Siena Area

10 things not to be missed in Siena
View allkeyboard_arrow_right

8 Legs 5 km Siena, the most beautiful scenery and breathtaking views in the city

Legs 65 km A historic trail from Arezzo to Siena

From 1 to 3 days A weekend in Siena: Two Days Visiting the City’s Treasures

From 1 to 3 days Siena, Montepulciano and Pienza as a movie

From 3 to 5 days Four Days of Trekking: Discover the Grande Anello of Siena 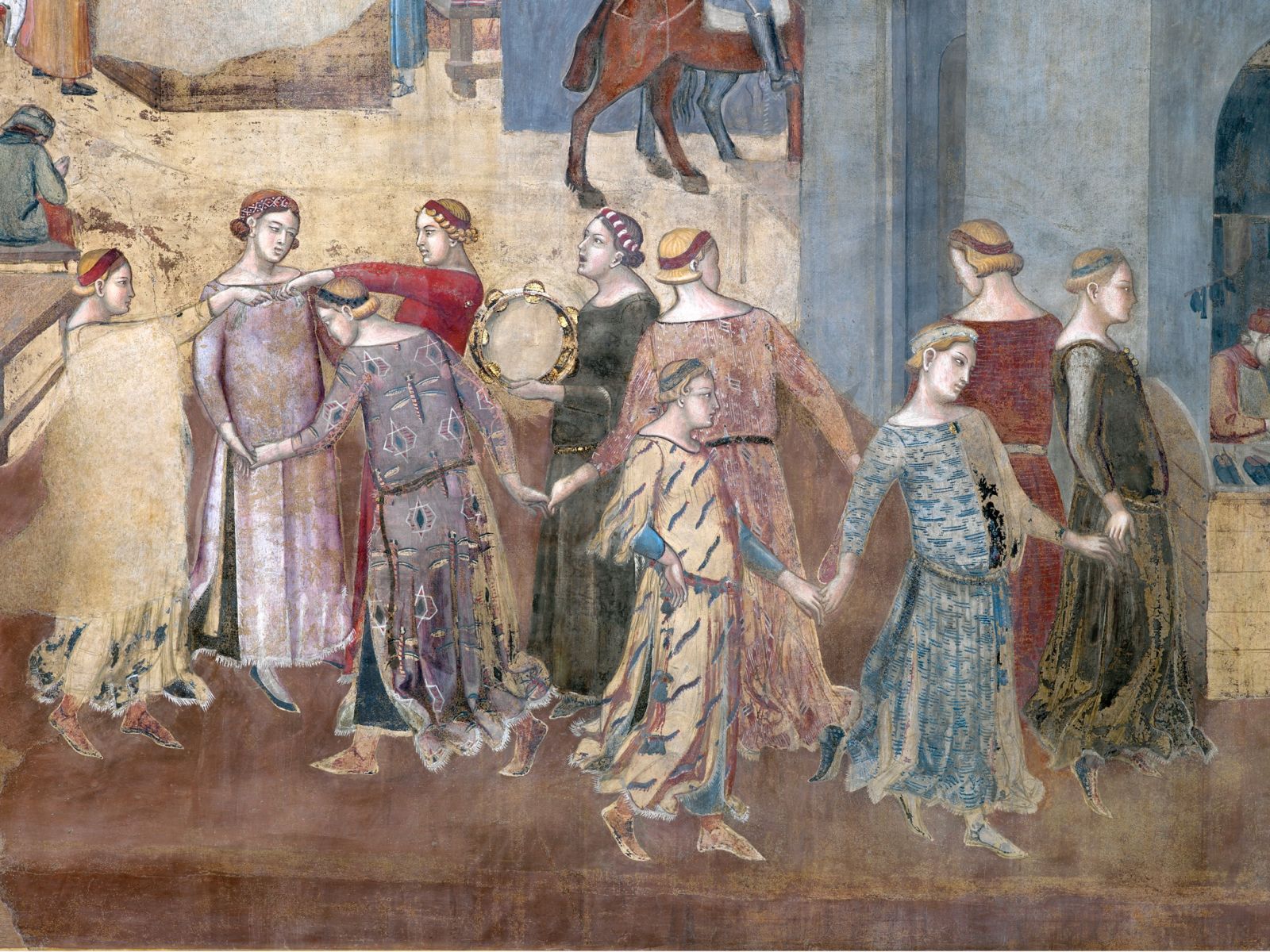 Read the story of Siena on