The area of San Marcello Piteglio is one of the most charming areas of the Pistoia Mountains and is particularly popular in the summer months due to its cool and dry climate. The chestnut forests alternate with extensive beech woods covering the slopes of the mountains, whose valleys are crossed by clear, rushing streams that are ideal for water sports.

The gentle gradients of these hills are perfect for long walks in the countryside, horseback riding or mountain biking: following the clear instructions of the map with paths traced by the Italian Alpine Club, the ridges are easily reached.

Some of the most interesting itineraries of the Pistoia Mountains Ecomuseum pass through this area, allowing you to discover the culture, nature and rich traditions of the Apennines.

There are many places to explore, each with their own unique characteristics and history. Among these is Popiglio, the extraordinary parish church of Santa Maria Assunta, the Diocesan Museum of Sacred Art and its towers, the remains of a historic medieval fortress.

Mammiano is where one of the main attractions of the area is located: the Ferriere suspension bridge, a pedestrian walkway that connects Mammiano Basso and Popiglio, built with structures that rest on four steel cables. It's 227 meters long and up until 2006, held the title of the longest pedestrian suspension bridge in the world.

Pian de 'Termini, 3km from Gavinana, grants you a panoramic viewpoint over the valley featuring the Limestre stream and the Apennine chain. Here, you can find the Pistoia Mountains Astronomical Observatory and the Parco delle Stelle, an educational scientific garden with large artistic installations that explore our Solar System.

Immersed in the territory of the municipality, the Oasi Dynamo di Limestre, affiliated to the WWF, extends for about 900 hectares. Here, conservation, management and enjoyment of the environment as well as social activism develop and coexist.

An essential part of the local cuisine of the Pistoia Mountains is Chestnut Flour. The product is ideal for the preparation of necci, castagnaccio, sweet polenta, manufatoli and frittelle.
Mushrooms, another of the area’s typical products, are particularly abundant in autumn and are prepared in various ways, forming the basis of many tasty dishes.

In any trattoria or farm you can try the dairy products and, most importantly, the pecorino a latte crudo, for which the brand and the presidium of the Pistoia Mountains has been established.

You might also be interested in Discover events, experiences, accommodation and restaurants nearby
Attractions
See allchevron_right
Historical Buildings The Towers of Popiglio
Museums Diocesan Museum of Sacred Art in Piteglio
Places of worship Parish Church of Santa Maria Assunta in Popiglio
Museums SMI Museum and Refuges in Campo Tizzoro
Places of worship Parish Church of Santa Maria Assunta in Gavinana
Museums Montagna Pistoiese EcoMuseum
Naturalistic attractions Dynamo Oasis
Museums Papini Foundry, Maresca
Museums Francesco Ferrucci Museum in Gavinana
What to do
Ideas Itineraries Time-based tours
View allkeyboard_arrow_right
How to spend a perfect weekend in the Pistoia Mountains
A walk through the historic villages of the Pistoia mountains
Porrettana Express, slow travel on a historic train
Summer in the mountains: a child’s paradise
The most beautiful bridges of Tuscany
In Galileo’s footsteps: areas of scientific interest in Tuscany
View allkeyboard_arrow_right
Legs 27 km In the footsteps of Francesco Ferrucci
5 Legs 100 km The Cammino di San Bartolomeo in Tuscany
4 Legs 40 km From Piastre Collodi along the "Road of Lies"
Legs Pistoia Apennines Taste and Colours Trail
6 Legs 110 km The Romea Strata in Tuscany
5 Legs 200 km Nature and thermal spa tour through the Apennines
View allkeyboard_arrow_right
From 1 to 3 days The picturesque villages of the Pistoia area 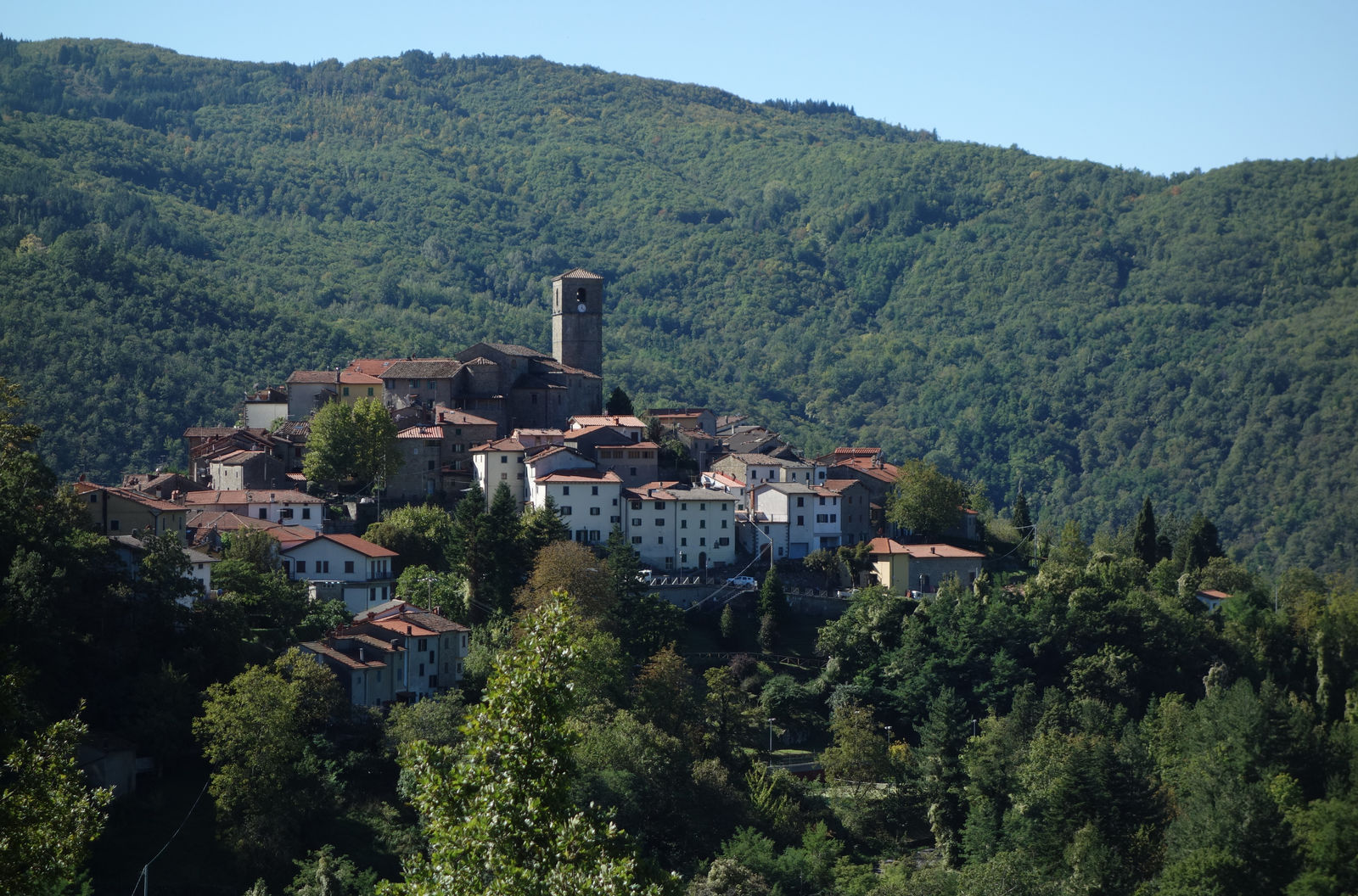 Read the story of San Marcello Piteglio on