San Giuliano Terme is a gorgeous municipality in inland Tuscany, immersed in nature at its most luxuriant. Its location is favourable: part of the province of Pisa, it nonetheless lies not far from Lucca.

The area consists of two different topographies: the Pisan mountains on the one hand, and on the other the much flatter Pisan plain, which is naturally delimited by the rivers Arno and Serchio.

The biggest draw here is most definitely the renowned Terme di San Giuliano, a spa town sometimes known as the Bagni di Pisa.

The hot springs are encompassed by a unique spa resort, which once served as the Grand Duke of Tuscany's summer residence. It was, indeed, first built in 1743 for Grand Duke Francesco Stefano, of the Lorraine family. The rooms containing the pools and thermal treatments welcome you with the regenerative power of the water, the beauty of the marble and the eighteenth-century elegance of the entire structure.

The benefits of these thermal springs have been recognised since antiquity. It was the Romans who built the first bath house here: Pliny the Elder referred to the aquae pisanae, and tells us how his compatriots enjoyed their therapeutic qualities. It was for the same reason that made the place a necessary stop on the eighteenth-century grand tour, as the restorative waters and their minerals drew in the travelling aristocracy.

Along the Pisan mountains, but still within the San Giuliano Terme municipality, you find numerous old villas built between the fifteenth and nineteenth centuries by Pisan and Florentine families, who favoured the area as a summer getaway for its mild climate and unspoiled scenery. The villas of Corliano, Roncioni, Molina and Rigoli are the most striking, not least on account of their gardens.

The San Giuliano Terme area includes one of Tuscany's most important nature reserves: the nature park of Migliarino, San Rossore and Massaciuccoli. This park was set up by the Tuscan Region with the aim of looking after the ecosystem of the Pisa-Lucca coastline. In fact, it consists of 14 different nature reserves and no fewer than 33 nature trails, suitable both for walkers and cyclists. Water is the pre-eminent element, with marshes, pools, canals, the famous Lake Massaciuccoli, and of course the Arno and the Serchio.

One of reserve's many high points is the beach of Marina di Vecchiano, the beautiful strip of sand that runs for some four kilometres from the mouth of the Serchio to Torre del Lago Puccini. The beach has a bathing resort with various facilities, all tastefully integrated with the surrounding greenery.

Ripafratta, a borderland long contested between Lucca and Pisa, has the fortress of San Paolino, which dates back to 970. A number of trekking routes start from this town, one of which climbs towards the nineteenth-century church and hermitage of Rupecava. If you're on a bicycle, however, Ripafratta will put you on the "Puccini" cycle route, which takes you to Lucca; alternatively, you can take the track that follows the impressive Medici-built aqueduct.

Agriculture is vitally important to the area. With its collection of old field tools, the Radico di Rigoli Museum opens a window onto the traditions of farming life and its relationship with the land.

Many cultural events take place here over the course of the year. The most important of them relate to jazz, but the town's geothermic foundations are not neglected thanks to evenings like Notte alla Terme (night at the spa). Food festivals abound too, like August's Schiaffoni, which is devoted solely to a local type of pasta (called schiaffoni), made by hand and lavished with typical Tuscan sauces.

The cuisine of Pisa, given its proximity to both sea and country, is based on a mixture of ingredients from the land and from off the coast. Thus are born recipes like bordatino alla pisana, a sort of stew of beans, dark cabbage and cornmeal, often enriched with bacon and lard; pallette, a cream made from sieved maize and served with traditional ragouts. Sweet foods like castagnaccio and brodo di giuggiole are also unmissable.

And finally, San Giuliano is but a short step from the Monti Pisani Olive Oil Trail, along which you can taste the best PGI-certified oils. 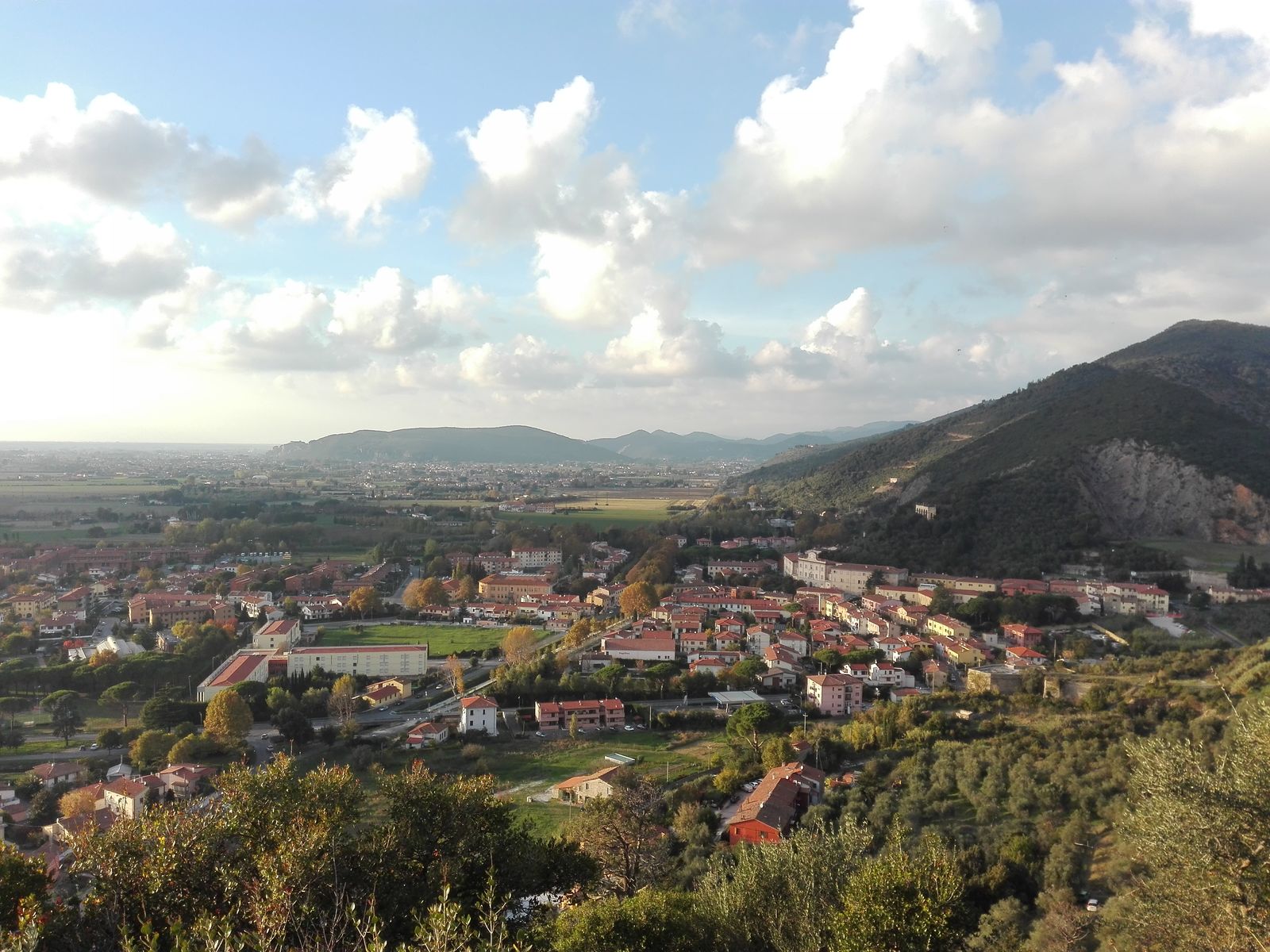 Read the story of San Giuliano Terme on