With its forest of towers spiking the horizon, San Gimignano is one of the most recognisable and iconic destinations in all of Tuscany. In every part of the world there is someone dreaming about this ancient hilltown in the Val d'Elsa, for to be there is to dive into an image of medieval times. A World Heritage Site since 1990, San Gimignano (known also as the "Medieval Manhattan") owes its name to the incredible number of towers that loom up over the town rooftops: 65 of them, no less, when the city was at its height.

Thirteen of these magnificent towers survive today, and they still shape a skyline that is without a doubt unique.

A visit to San Gimignano doesn't end by just looking upwards. The cathedral, completed in 1148, is also a must-see, considered one of Tuscany's most precious. Built around three naves, this cathedral is a true anthology of frescos from the Florentine school: from Benozzo Gozzoli's San Sebastiano to Domenico Ghirlandaio's Episodes from the life of Santa Fina, to the wooden statues by Jacopo della Quercia.

Also of interest is the Palazzo Comunale, which today is home to the town museum and art gallery, where you can admire the works of artists like Pinturicchio, Benozzo Gozzoli, Filippino Lippi, Domenico di Michelino and Pier Francesco Fiorentino. You can also visit the palazzo's sala di Dante (Dante's room), which contains a Maestà by Lippo Memmi, and climb the Torre del Podestà (or Torre Grossa, meaning 'fat tower'), whose 54 metres have made it San Gimignano's tallest tower ever since it was built in 1311. But there's much more besides. At the Torture Museum you will find an unusual collection of instruments dating back to the sixteenth, seventeenth and eighteenth centuries.

You simply must stop at the Vernaccia di San Gimignano Wine Experience - La Rocca, the tasting and documentation centre for wine and local produce. This place has a tasting table and a multimedia trail, through which you can learn about wine history through images, lights, sounds, voices, videos, holograms and 360-degree vision headsets.

San Gimignano lies on the Via Francigena. From the town centre, it's around a three-hour walk to Gambassi Terme; alternatively, you can head south for about 30 km to reach Monteriggioni.

The Castelvecchio Nature Reserve is only a few miles from San Gimignano. An important medieval stronghold here is naturally defended by the deep valleys and grooves of the Botro del Castelvecchio and the Botro della Libaia, two tributaries of the river Elsa. 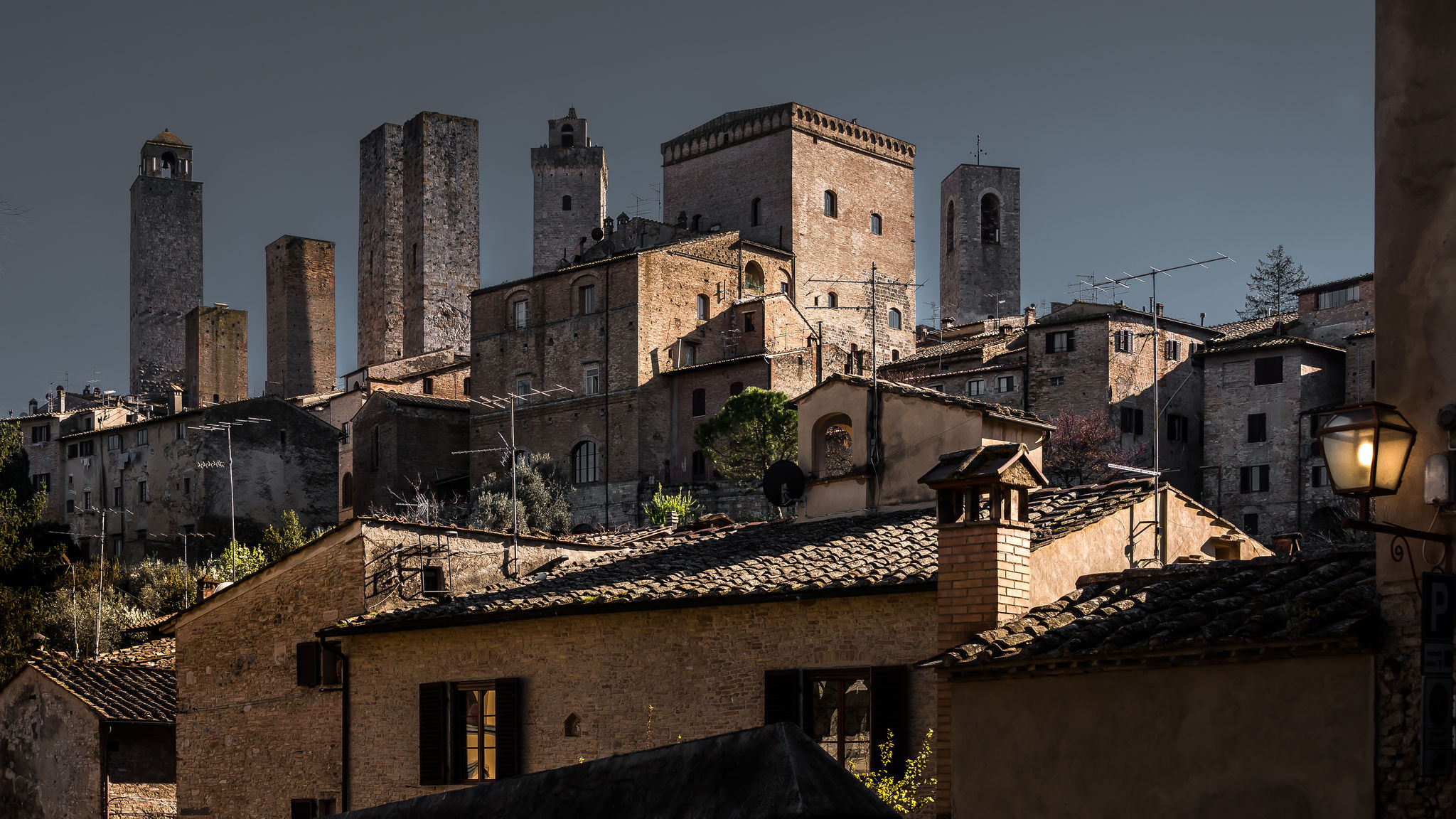 Read the story of San Gimignano on