The medieval village of Roccalbegna is a small town that looks like something straight out of a fantasy novel. A daring stronghold perched on a sort of huge massif looms over a handful of houses that make up the town. The lack of proportion between village and rock is reminiscent of the ancient presence of a dragon and the treasure over which the beast stands guard.

This small and elegant village was once a historic Aldonbrandeschi settlement before passing to the Republic of Siena. It later became the Medici’s stronghold in Monte Amiata, then passing under the control of the Santa Fiora earldom. It was only in the 18th century that Roccalbegna became a free municipality of the Grand Duchy of Tuscany.

It’s well worth taking the time to wander through the village. From one alleyway to the next, there are constant historical traces that have been left here by great artists over time.

The town’s most famous monument is the striking Church of Santi Pietro e Paolo, in the central piazza, also home to the town hall and the tiny but beautiful Civic Tower (with a lovely clock). The local terrain, notoriously unstable, frequently causes small scale landslides and landfall as seen in the church, whose door lintel became visibly slanted after one such event left the building with a uniquely lopsided look. Inside you can see important frescoes and painting, such as the altarpiece, a Madonna and Child painted in 1340 by Ambrogio Lorenzetti.

Behind the church stands the Oratory of the Crucifix, now a museum. Francesco Nasini and Sebastiano Folli are the most frequently displayed artists here. Check out the lovely cross by Luca di Tommè, a Sienese artist who created it in about 1360.

Outside of the Porta di Maremma is the last of the town’s monuments: the little Church della Madonna, with frescoes from the 15th century. Behind the church, the panoramic open space of the stronghold is worth a visit. But the one destination you really can’t miss - the most famous in Roccalbegna - is the Pietra, the keep that overlooks the town, reached by a steep road and then up the narrow stone steps that cling to the rock.

Roccalbegno’s surroundings also merit exploration. The hamlet of Cana, which has retained some of its medieval appearance, is home to a beautiful cistern from the Medici era. In Vallerona, just before the hamlet, head for the Church of St. Pio I and a neoclassical fountain.

The Monte Amiata area is spectacular for nature lovers, who can venture south along the rough track next to the river Albegna. The first section, roughly 3 kilometers, can be done by car or mountain bike, then you’ll need to continue on foot along the exposed gravel river bed. Poplars and willows take the place of oaks and broom, and you don’t have to try too hard to see numerous species of birds such as the blackbird and kingfisher.

The WWF Oasis of Bosco Rocconi, whose fauna holds great ornithological importance, faces onto the river and is home to rare birds of prey like the harrier eagle, the hobby, the sparrow-hawk and the lanner.

On the river Albegna’s left riverbank is the Piscinella Nature Reserve, which protects the southern slopes of the Monte Labbro limestone complex, while the northern slopes are part of the Provincial Nature Reserve of Monte Labbro. The Reserve is characterised by its high biodiversity due to its woods, shrubs, limestone cliffs, springs, pools and ravines. Inside, centuries-old trees of extraordinary size and beauty stand tall and a humid environment has been recreated to protect some animal species.

Near Roccalbegna is Triana, an impressive castle that passed from the Aldobrandeschi to the Piccolomini of Siena in 1388. The castle is formed of two imposing buildings and an impressive keep that is mostly covered in ivy.

Fire is the area’s typical element, purifying, destroying and recreating in order to make the soil fertile; its often the centrepiece of various folkloric events.

The most important event is, without a doubt, the “Focarazza” or “Palio dello Stollo”, the historic rite of the fire-tree held in the village of Santa Caterina on the evening of November 24th (the eve of Santa Caterina d'Alessandria’s birth) which involves the entire population. After sunset, the pile of wood is lit on fire on the hill overlooking the small town; a trunk called the stollo is buried in amongst the wood, and the flames rise to illuminate the night sky. Once the fire begins to fade, Santa Caterina’s men –who are divided into groups according to their districts - face the heat and smoke to snatch away the stollo, now blackened by flames, and bring it to their neighborhood. This enthralling fight breathes life into a magical and surreal scene, with men blackened by smoke chasing each other through the streets all whilst clinging to the wooden trunk, which is finally hoisted in the winning district. The stollo is then cut and each of the participants is given a piece to burn in their fireplace at home; the ashes are finally dispersed in the fields in the wish for a fertile season.

Roccalbegna is full of typical flavours. The area is actually home to businesses centred around cheese production, which are internationally renowned for their excellent quality, as well as some of the best wines around (such as the Montecucco) and the Seggiano DOP extra virgin olive oil.

Last but not least, munch on the famous savory cookies of Roccalbegna, a delicacy with a touch of aniseed. The octagonal-shaped biscuit comes from a historic medieval tradition and is particularly popular in August when the festival dedicated to it is held.

You might also be interested in Discover events, experiences, accommodation and restaurants nearby
Attractions
See allchevron_right
Naturalistic attractions Rocconi Nature Reserve
Naturalistic attractions Pescinello Nature Reserve
Museums Focarazza Museum in Santa Caterina
Museums The Museum of Sacred Art in Roccalbegna
What to do
Ideas Itineraries
View allkeyboard_arrow_right
Resilient Roccalbegna
Tradition and fire: five events on Monte Amiata
The 5 most beautiful castles around Monte Amiata
11 places to visit in Monte Amiata and surroundings
Hiking on Monte Amiata: itineraries on foot, by bike or on horseback
Best places for birdwatching in Tuscany
View allkeyboard_arrow_right
3 Legs 38 km Amiata to the source of the Albenga River by bike
3 Legs 54 km Explore the slopes of Monte Amiata by bike
4 Legs 92km From the mountains to the plains: cycling around Amiata
7 Legs 60 km Montecucco Wine and Amiata Taste Trail 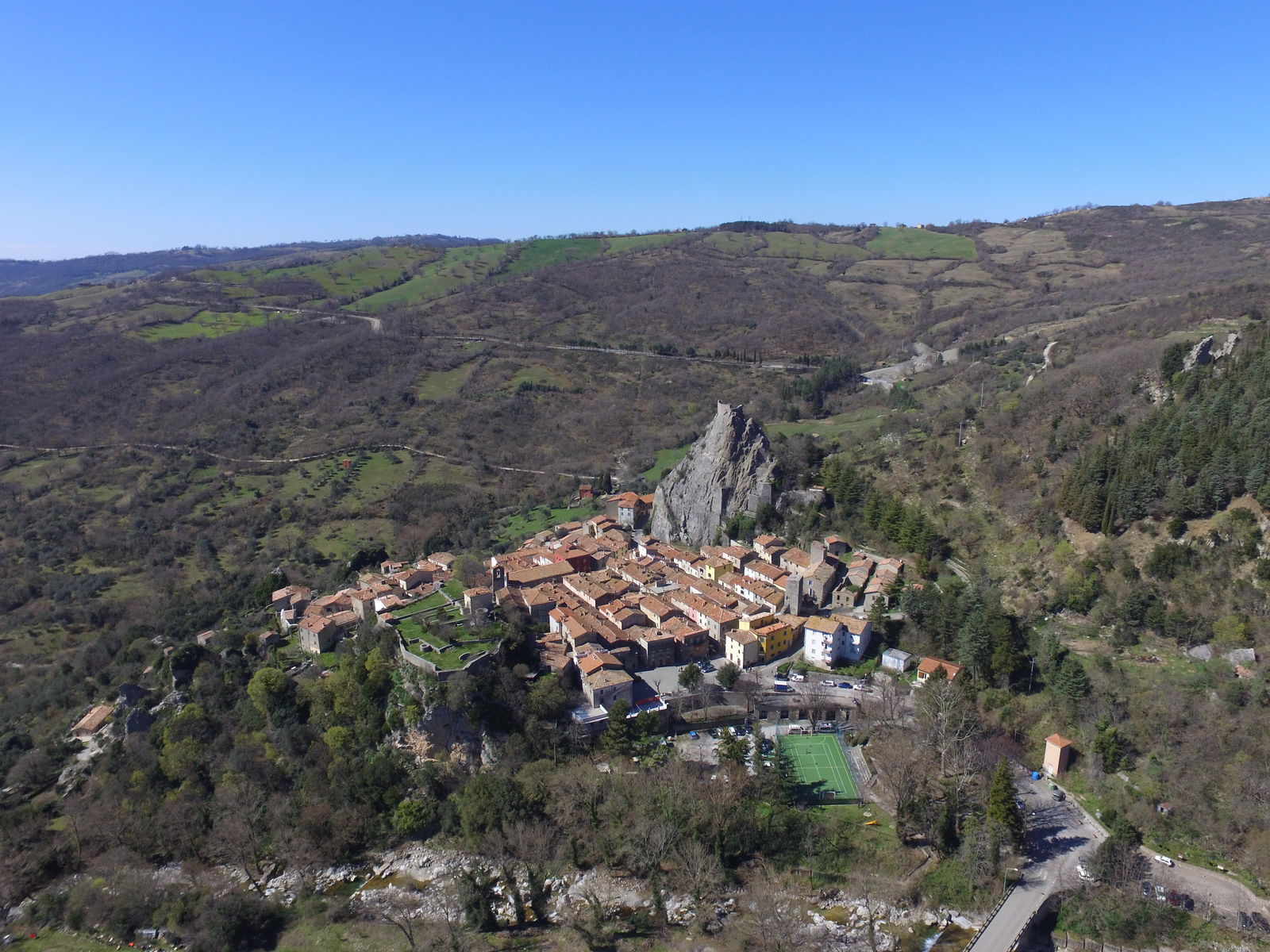 Read the story of Roccalbegna on