Reggello is one of the cool and shaded towns closest to Florence; loved by Florentines who are looking for a little relief from the city during the summer months, it’s also a perfect day trip.

The town of Reggello as we know it today was probably once called Castelnuovo della pieve di Cascia, due to two imperial papal bulls in 1103 and 1134 and which was distinguished from the Castelvecchio di Cascia; owned by the Guidi Counts, some Florentine Guelphs found refuge there in 1248 having been driven out by the ruling Ghibelline faction in Florence. After being passed under the leadership of the Florentine Republic between the end of the 13th century and the start of the 14th century, the castle of Cascia was fortified in 1385. Reggello’s regional structure was formed in 1840 when the parishes of San Clemente and Santa Maria in Sociana were joined to it.

Right as you arrive in the town, you’ll see the Parish church of S. Pietro a Cascia, built on the request of the countess Matilde di Canossa between the 10th and 11th centuries. The monument is perfectly intact (in part due to some skillful restaurations), and is a typical example of Romanesque architecture.

The Museum dedicated to Masaccio is also nearby, home to the wonderful Triptych of San Giovenale.

Regello is found on Florentine mountains, between the north-western side of Pratomagno and the Upper Valdarno among the Vallombrosa woods. And right here is the beautiful Vallombrosa Abbey, the most recognisable element of this area. The Abbey was founded by San Giovanni Gualberto, who in 1036 retired to a place now called Acquabella, with a few others following his lead. After a first wooden oratory, the community managed to build a stone church in 1230 alongside the growth of the monastery. The 15th century saw the development of the cloister, the sacristry, the tower, the refectory with a kitchen and, after an unfortunate series of fires, it was in the 17th century that the Abbey finally achieved its elegant appearance that it still holds today.

Another of Reggello’s highlights has to be the luxurious Sammezzano Castle. The main building has its own unique beauty with an eclectic, mostly European-styled construction, an effect of the 19th-century restructuring of a large farm built in 1605 for the Ximenes D’Aragona family. Its history is a lot older, however, and dates back to the Roman era. Once inherited by Ferdinando Panciatichi Ximenes d’Aragona, the castle was completely redesigned between 1853 and 1889. Over the course of about 40 years the marquis planned, paid for and followed through with the building of Sammezzano Castle and park. It’s considered the most important example of Eastern architecture in Italy; all of the bricks, stuccos and tiles were laid out on the spot by specially trained workers.

The municipality of Regello is also home to several natural treasures that, from the bottom of the valley right to the mountaintops, constitute important ecosystems for biodiversity conservation. The Natural Protected Area of the Sant’Antonio Forest and the Balze, together with the historic Vallombrosa Biogenetic Reserve, are Reggello’s flagship green lungs.

Each year at the end of October and beginning of November the Review of Extra Virgin Olive Oil from Reggello takes place. The event marks the beginning of the oil season, presenting Reggello’s flagship offering to the public. During the event are stands of local producers in Piazzo Aldo Moro, making it possible to buy the valuable oil before its full release - or even simply have a taste – alongside other typical local products.

Much of Reggello’s hilly landscape is characterised by well-kept terraced crops with vienyards and olive groves which have been growing since the 14th century. The olive tree is fundamental to and very much characteristic of the area, deeply marking its landscape. Well-known as ‘green gold’, the excellent Tuscan Reggello extra virgin olive oil is produced in these lands. 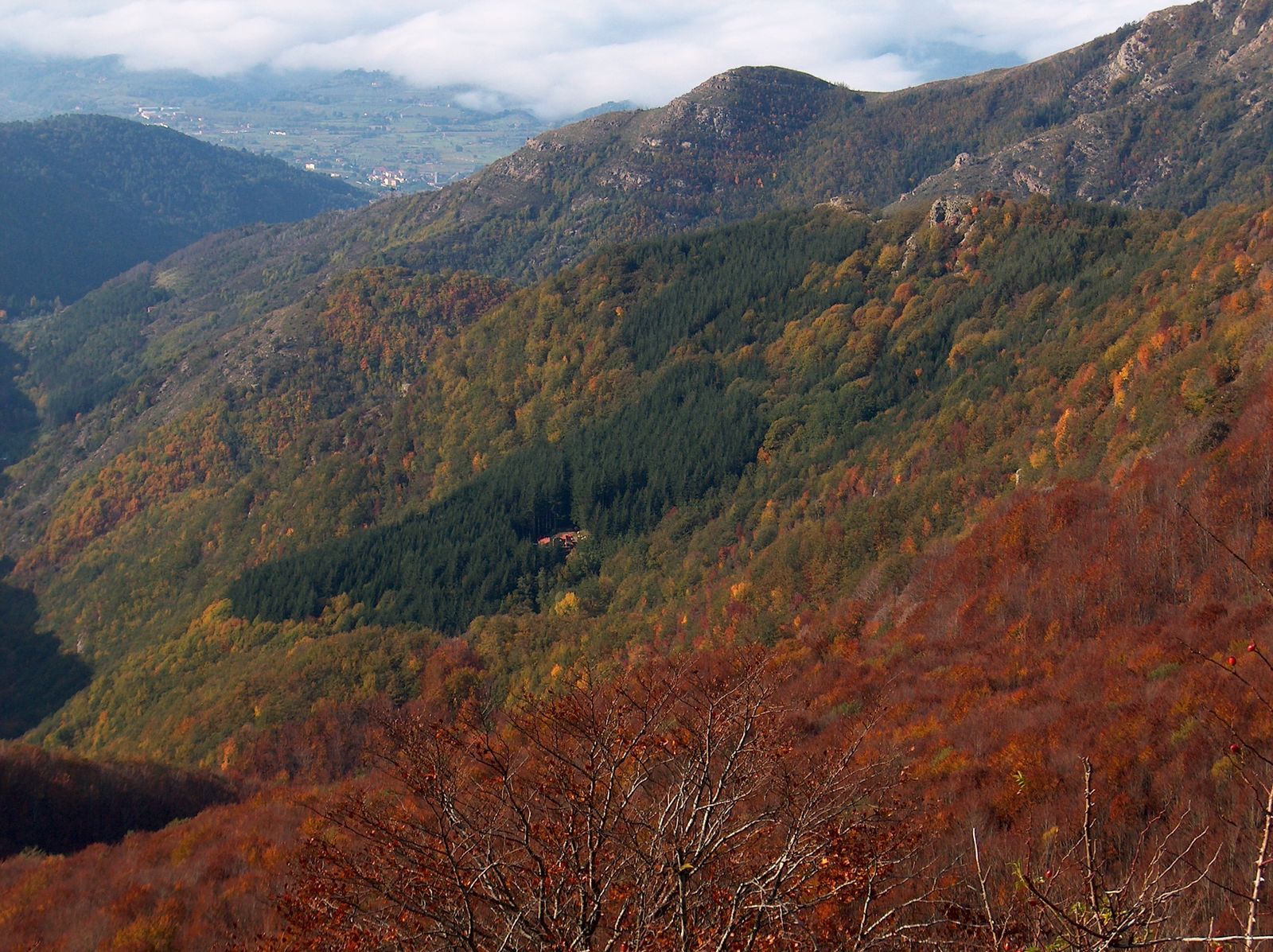 Read the story of Reggello on