Radda in Chianti is a classic Chianti hilltown, surrounded by vineyards. The view from the hilltop, on which the first stones of Radda were laid, engulfs a sea of vineyards that seem to go on to infinity. The local area is full of ancient settlements, and Radda's Etruscan origins are documented by recently discovered archaeological finds.

In the medieval period, Radda formed the base of the Chianti League, a political-military alliance created by the Republic of Florence in 1384 and tasked with safeguarding and presiding over the Chianti area on the Republic's behalf.

Documents confirm that Radda has been around since at least the ninth century, but the first mention of any castle was made two centuries later, when it was entered in an inventory for Emperor Otto III. In 1220 the area came into the hands of the Guidi Counts, with the permission of Frederick II; but by the end of the thirteenth century Radda belonged to Florence's dominions.

The heart of the town, which is dominated by what remains of the castle, is Piazza Ferrucci. This square is overlooked by the fourteenth-century Palazzo del Podestà, which has served as the town hall since 1865, and the parish church of San Niccolò, with its neogothic façade. Take a stroll through the narrow streets of the centre, and note the little walled orchards and vegetable gardens, which capture the essence of the Chianti: agriculture shaping the landscape.

Of the many castles that rise up in the Radda territory, that of Volpaia is most worth a visit. Today as in the eleventh century, the whole town is involved in the production of wine and olive oil. The wine presses and wineries are now often found underground, in deconsecrated churches, or in purpose-built places inside the town, linked by an unexpected subterranean "vinoduct".

Outside Radda, you might visit the parish church of Santa Maria Novella which, despite heavy restructuring work over the years, has managed to preserve its original Romanesque plan, as well as its numerous artworks.

Indeed, the Radda area is littered with pieces of the Romanesque, of which the church of Santa Maria in Prato is a shining example. This church contains a fifteenth-century Madonna and Child by Neri di Bicci, while its adjoining monastery has the Casa del Chianti Classico (Chianti Classico House) with exhibition rooms, in-depth guides and a hands-on educational tour through the wine's history.

It's but a few minutes' journey from Radda in Chianti to other Chianti villages, such as Castelnuovo Berardenga and Gaiole in Chianti. Keen cyclists can take the Eroica, a permanent route that follows dirt roads from the Chianti into the Crete Senese and then the Val d'Orcia.

A number of dynamic events are put on by collaborations involving different Chianti towns and villages. One of these is the Chianti Festival, which brings theatre, music and dance to Radda, Castelnuovo Berardenga, Castellina in Chianti and Gaiole in Chianti from June to August. In November comes Chianti d'Autunno, a rich calendar of events throughout the eight municipalities that make up the Chianti Classico: tasting sessions, conventions, exhibitions, diplays and markets.

Other local dates for the diary include the Festa del Perdono in late August and Radda nel Bicchiere in May, which offers yet more tasting sessions. Chianti Ultra Trail takes place in spring: three walks of 15, 42 and 73 km respectively, all of which start from Radda and wind through the vineyards.

The Chianti is an area of robust culinary traditions. Its staple dishes include some sumptuous grilled meats and a wide variety of pork salamis, from the cinta senese breed to wild boar.

The flagship product of the area, of course, is Chianti Classico DOCG, a hearty red wine made mainly from Sangiovese grapes, which may - though not necessarily - be blended with other varieties.

The area also puts out a superb Chianti Classico DOP Extra Virgin Olive Oil. This is extracted from cold-pressed olives, which here come from one of four cultivars: Frantoio, Correggiolo, Moraiolo and Leccino. 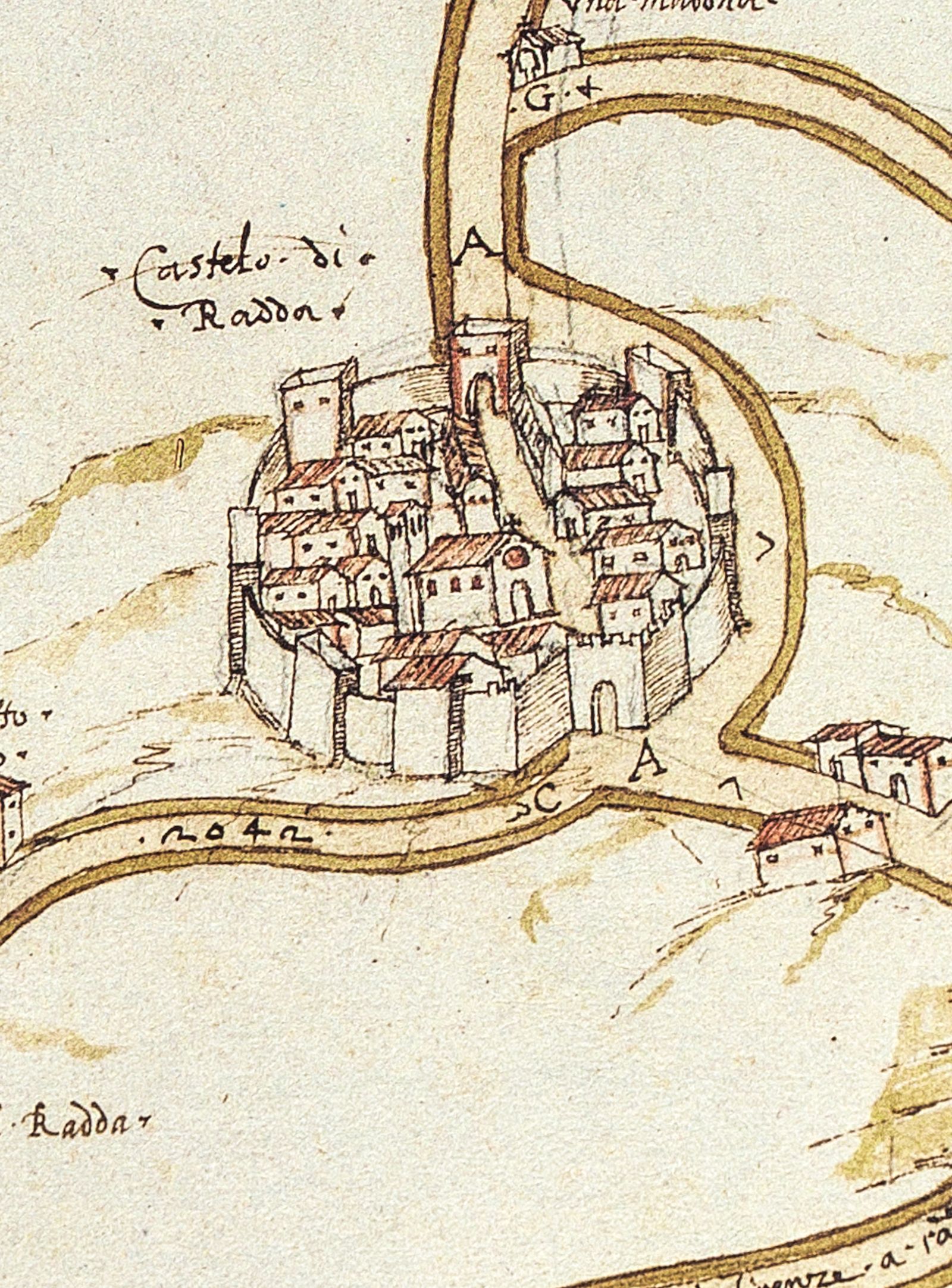 Read the story of Radda in Chianti on