Before setting off
flight How to get here
directions Getting around
wb_sunny Weather
wb_sunny Useful numbers
get_app Download Area Downloadable maps and guides
mail_outline Contact us Drop us a line for more info
Follow us!
Italiano English Español Deutsch
Tuscany official tourism website ©2021
Search
close
Scroll down to choose language
Italiano English Español Deutsch
TuscanySafe - Information for a vacation in complete safety. Find out more
highlight_off
arrow_back Destinations
directions share
Ponte Buggianese
A town built around a bridge in the heart of the Valdinievole

Ponte Buggianese is a quiet town on the Valdinievole plain, founded, no earlier than the 16th century, after Lake Fucecchio shrank and the plains of Uzzano and Buggiano became more populated as a result. Around this time, churches began to spring up in the neighbouring territories of Padule and in particular Ponte Buggianese, where a little parish church was built. From that moment onwards the village started to consolidate its identity as a religious community on the plain.

As the population of the marshy plains increased, a distinct feeling emerged with respect to Buggiano, an incipient sense of possession that was quick to show itself with ever more frequent claims to self-government, both in the church and in local affairs. In the 1700s Ponte Buggianese fell under the rule of Grand Duke Leopold I, but at the end of the 1800s it detached itself from the district of Buggiano and became completely autonomous.

Any walk through the town must include a visit to the Sanctuary of the Madonna del Buon Consiglio, which apart from is Baroque facade, fronted by a portico of three arches, is important for a cycle of frescoes begun in 1967 by Pietro Annigoni and his assistants. Considering the proximity of Fucecchio Marsh, Ponte Buggianese is the perfect place from which to start exploring an area of great natural charm.

You might also be interested in Discover events, experiences, accommodation and restaurants nearby
Attractions
See allchevron_right
Museums Museum of Fucecchio
Places of worship Parish Church of San Gennaro
Museums Bonsai Museum
Naturalistic attractions Fucecchio Marsh
Museums Sanctuary of the Madonna del Buon Consiglio Museum
What to do
Ideas Time-based tours
View allkeyboard_arrow_right
7 ideas for an active holiday in Valdinievole
View allkeyboard_arrow_right
From 3 to 5 days 5 days in Valdinievole amidst spas and nature 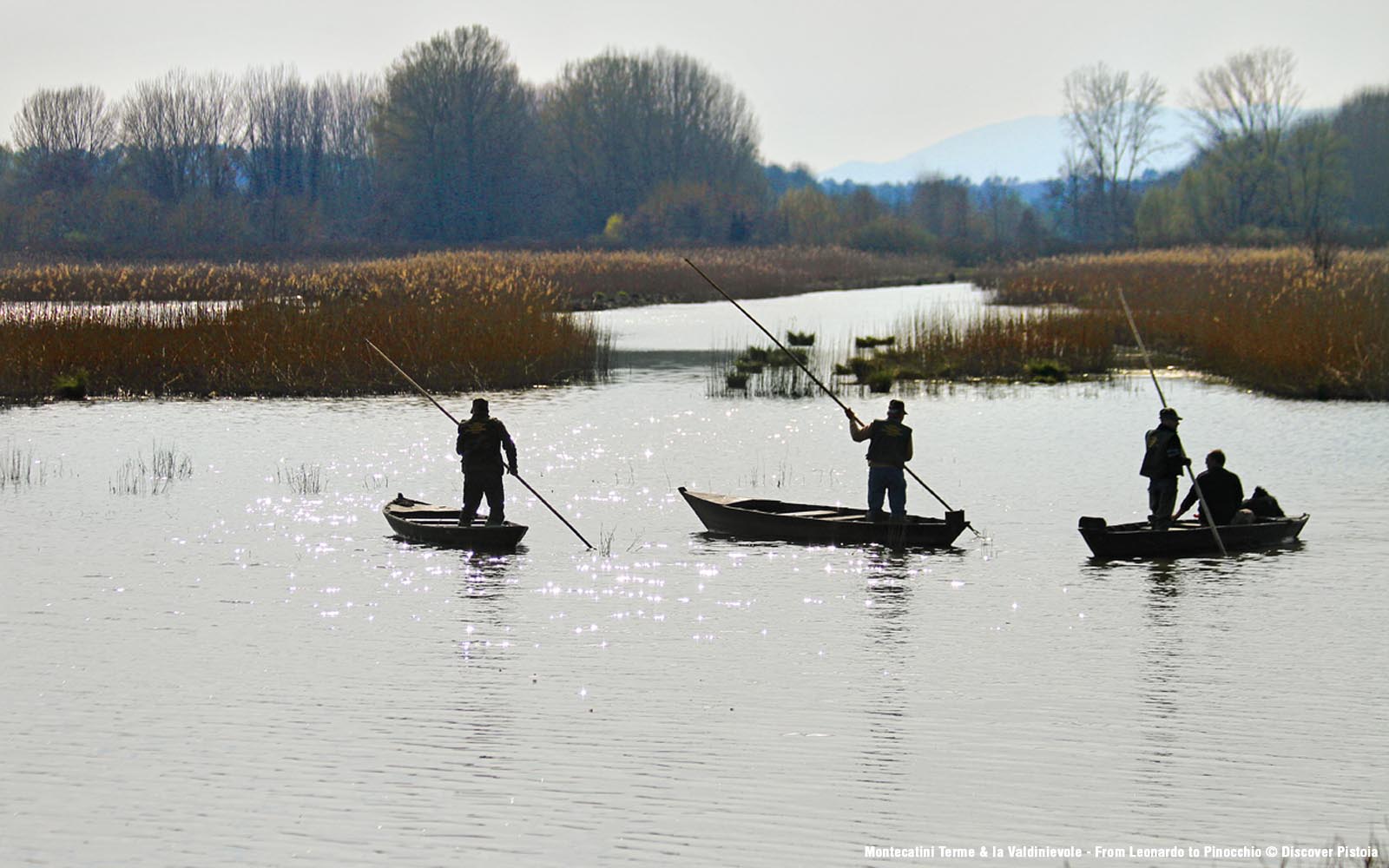 Read the story of Ponte Buggianese on