The town of Pontassieve, located at the spot where the river Sieve flows into the river Arno, is surrounded by typical Tuscan countryside villages. It's dotted with hills covered with vineyards, olive groves and the occasional church, castle and farm.

As can be seen from numerous archaeological relics, the town was once inhabited by the Etruscans and Romans. However, the place acquired importance and prestige in medieval times, primarily due to its strategic position. In 1357, the Florentines decided to build a fortress called Castel Sant'Angelo, the original name of the village.

Numerous houses were built around the fortress, surrounded and protected by sturdy walls.

Due to its strategic importance as a railway and road junction, Pontassieve suffered heavy bombings during the Second World War.

Of the historic city walls, three of the four original entrances to the city remain: Porta Fiorentina, Porta Filicaia and Porta Aretina.

Castel Sant'Angelo was the original name of the village, which later took the name of Ponte a Sieve thanks to its historically important bridge, the Ponte Mediceo. This was built in the 16th century to provide a route through the road linking Florence to Mugello, Casentino and Arezzo. Commissioned by Cosimo I to replace a previous bridge that was destroyed following a flood, it was restored towards the end of the 18th century and again after the damage of the Second World War. The bridge consists of two red brick arches resting on a central pillar of strong stone, on which is the Medici family’s coat of arms.

Right in the town’s centre, Piazza Vittorio Emanuele II was the heart of economic, social, political and religious life until the 16th century. The town hall (also called Palazzo Sansoni Trombetta), one of the town’s most important monuments, is found here.

Inside is a series of frescoes in the Hall of Heroines, alongside works by artists which are periodically exhibited.

Pontassieve is in the Florence and Florentine area and is an ideal place to visit the city, such as via the route known as the Renaissance Ring, a 172-kilometer road divided into 16 legs that surrounds Florence and offers the chance to explore the city's surroundings, on foot or by bike. The village is also located along the Via Romea which runs from Florence to Arezzo.

Other than this, in Pontassieve’s wider area are many other accessible trails that head towards the Valdisieve, dotted with beautiful farmhouses surrounded by vineyards. The path leading from Santa Brigida to Pontassieve, a distance of just over 13 kilometers, is one of the most breathtaking.

Among the main attractions worth visiting, head for the stunning Poggio Ripaghera nature reserve, which extends above Santa Brigida. The reserve is interesting for its plant species and wild fauna, in addition to boasting an array of old man-made relics, in particular several “burraie”. These old stone structures, close to farmsteads and springs, were once used (as the name suggests) to make butter.

The Fluviale Park runs along the river.

As well as its natural highlights, the Pontassieve area is home to several architectural jewels, including the Monte Rotondo castle ruins, the Church of San Martino a Lubaco, Colonne tower house and, in particular, the Sanctuary of Madonna del Sasso, which is perched on a scenic terrace whose beautiful views range across the entire surrounding valleys.

Throughout the year, Pontassieve and its wider area is home to numerous events, most of which are based on the wine and food world, as well as historical re-enactments (particularly those relating to the Second World War).

For over 50 years, Il Toscanello d'Oro has been held on the first week of June to celebrate Valdisieve’s wine and typical products. Farmers and associations set up their stalls along the village streets and you can participate in various tastings and side events.

Pontassieve’s typical delicacies are agricultural. Pontassieve is primarily a vineyard area, producing famous wines even before the Grand Ducal era.

The Chianti Rufina is produced here, and is one of the smallest geographical specifications of Chianti DOCG.

The area is also well-known for its Tuscan IGP extra virgin olive oil. 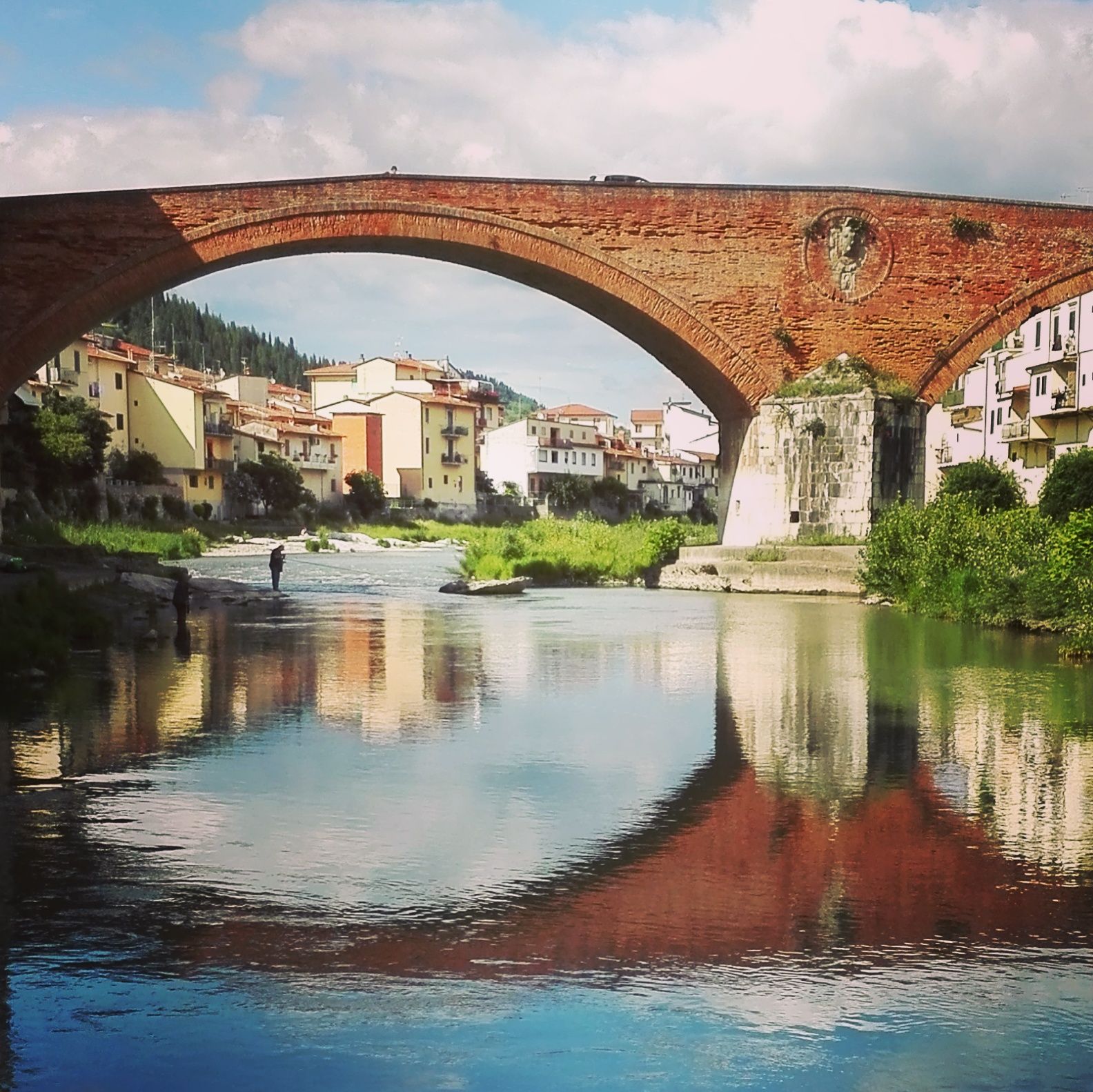 Read the story of Pontassieve on