Pieve a Nievole gets its name from the historic Parish Church (pieve in Italian) of San Pietro a Neure, founded on the southern slopes of the Montecatini hill, along a stretch of the historic via Cassia. It's believed to have been founded by the bishop of Lucca, Fridianus, before Valdinievole was invaded by the Lombards in 570. However, there's no documentation of the church until the 18th century. In this document the bishop of Pistoia, Giovanni, promised the bishop of Lucca, Balsari, to recognise the latter’s jurisdiction over the parish churches of Neure and Celle. The church became more and more important, likely due to its position, until by the year 1000 it had at least 10 chapels.

What to see in Pieve a Nievole

In the town, it's worth visiting the Church of Santi Pietro Apostolo e Marco Evangelista, built in the 5th or 6th century, with a beautiful rough stone façade and a striking bell tower. Don't miss Villa Martini, the town hall and the remains of the medieval forts.

Not far from there, you'll find the incredible Fucecchio Marsh, one of the largest wetland areas in Italy, ideal for birdwatching and for lovers of hiking in unspoiled nature.

The Valdinievole, a territory that extends between Lucca and Pistoia, boasts numerous spas that are renowned throughout the world. Montecatini Terme, for example, is easily accessible thanks to the presence of the railway station. Here, you will find elegant liberty-style spas, ideal for those looking for regenerating holidays, high quality hospitality and relaxation.

Between thermal muds and a dip in the pools fed by a water source of 33 degrees celsius, you can stroll around the city center and admire the shop windows for a little shopping

If, on the other hand, you prefer to continue your wellness holiday, head to Monsummano Terme where you'll find the charming and unique Giusti cave, an underground grotto housed in a centuries-old park and so wonderful that it was defined by the maestro Giuseppe Verdi as a wonder of the world.

Finally, don't forget the high-quality typical products such as Tuscan Extra virgin olive oil IGP, the fine red and white wines and even vinsanto. Throughout the territory of Pieve a Nievole, you will come across cialde from the nearby Montecatini Terme: two sheets of pastry with an almond filling in the center. The local product can be enjoyed simply by itself or as an accompaniment to tea, coffee or ice-cream. 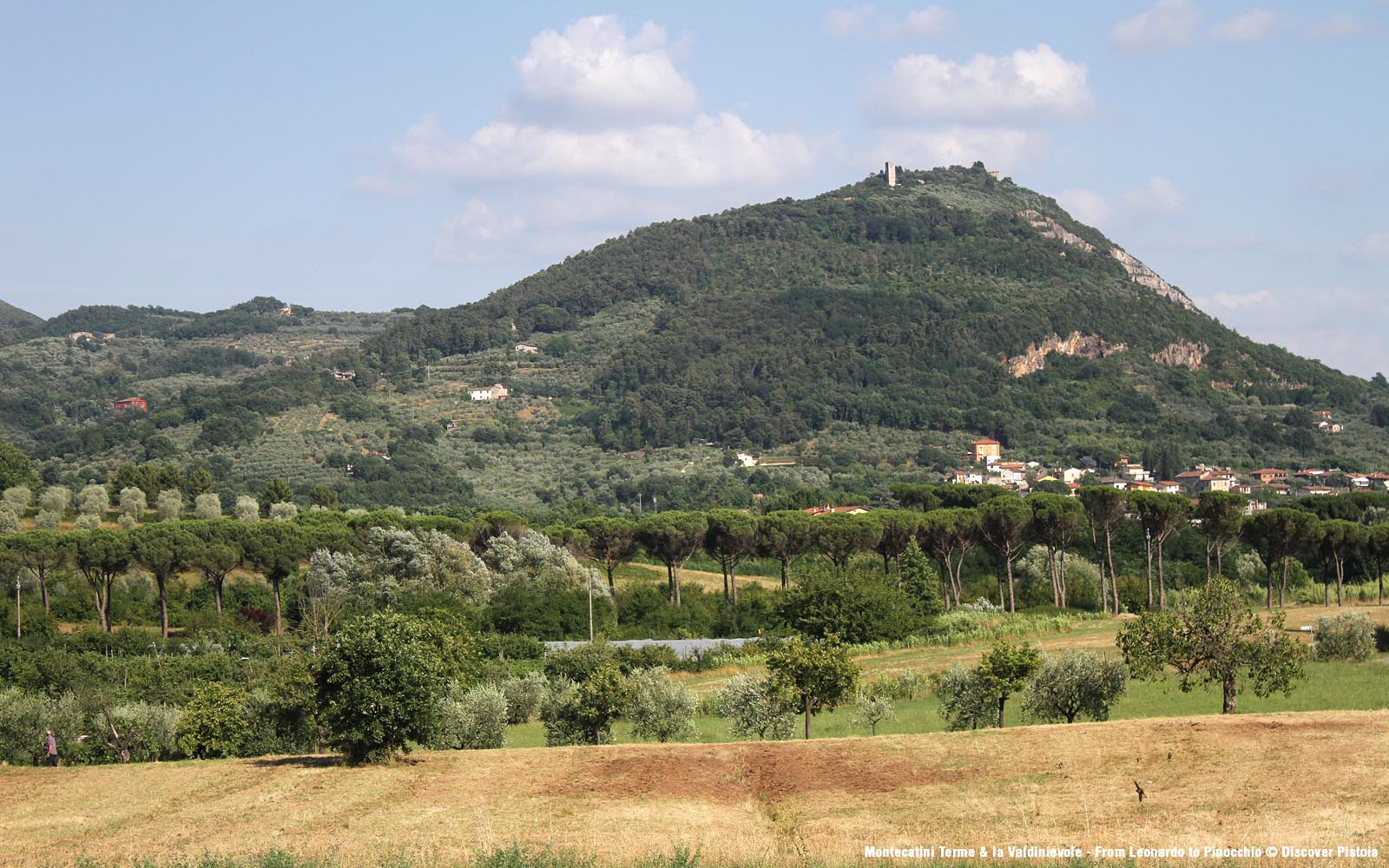 Read the story of Pieve a Nievole on