Palazzuolo sul Senio is a little town in the Mugello that was once the heart of the so-called Romagna Toscana. Nestled in the middle of a magnificent green mountain gorge, Palazzuolo is an ideal base for those who want to rediscover the thrill of life surrounded by nature, an oasis immersed in the gentle mountain greenery, far from any sort of pollution, traffic or the busyness of the city.

The deep valley of the Senio has been inhabited since the early Middle Ages. The most important evidence of this is the crypt under the Parish Church of San Giovanni Decollato in Misileo. The 10th and 11th centuries saw the Pagani family, who owned many castles, consolidate their power, but one of their most illustrious members, Maghinardo, left the Ubaldini family the majority of his assets upon his death. In 1362, Gioacchino Ubaldini, in turn, left all his possessions to the Florentine Republic. In 1400, Palazzuolo was given a charter, and - with Firenzuola - made up the first centre of the Romagna Toscana area, which extended to the gates of Forlì (only to shrink again to the valleys of the Upper Mugello in 1929). In 1373, construction of the Palazzo del Vicario began in Palazzuolo, now a 'centre of the podere' (country life) and a commercial centre. In the same year, Maghinardo Novello degli Ubaldini rebelled against the republic, taking refuge in the Frassino Castle. However, he was captured by the Florentines, taken to Florence and beheaded.

On 19th October 1506, Pope Julius II stayed in the Palazzo dei Capitani accompanied by Machiavelli. With the rise of the Medici, the Vicar (a representative of the Republic) was replaced by a Commander. This was abolished in 1772 and reduced to a podesteria until 1837, when Grand Duke Leopold II unified the jurisdiction of Palazzuolo with the Vicario of Marrani.

Today, Palazzuolo sul Senio is a charming village that almost makes you feel like you should enter on your tiptoes so as not to damage the beauty, tranquillity and silence. The cobbled streets, the scent of fresh bread, the cat stretched out with the dog in the middle of the street: all these greet the walker with an unmistakably medieval atmosphere, which harks back to the 12th century.

Via Borgo dell’Ore is the oldest part of the town, home to numerous historic, artistic and cultural monuments inviting you to journey through the village’s glorious history.

In the town’s centre, the Archeological Museum of the Upper Mugello is a must-see, located in the Palazzo dei Capitani dating back to 1385. Inside is historic evidence of the presence of man in the valleys of Lamone, Senio and Santerno from Prehistory until the Middle Ages.

In this very Palazzo, you can also visit the “Antonio Poli” Museum of Mountain Folk, which houses a collection of objects which recreate the life and work of the local population.

Palazzuolo sul Senio in Mugello, offers the chance to visit several particularly memorable monuments. Among these are the Parish Church of Santo Stefano, the Sanctuary of Santa Maria delle Neve in Quadalto, immersed in a panorama overlooked by untouched beech woods, the Church of Santi Egidio and Martino in Soleccio and the Badia Susinana.

A few kilometres from Palazzuolo sul Senio is Marradi, a surprising border town and birthplace of the poet Dino Campana.

The area is, moreover, a perfect place for nature lovers, and there are routes of every difficulty level available to trekking enthusiasts, mountain bikers, riders and motorcyclists.

The Festival of Chestnuts and Berries is an event centered around food and wine; more specifically, around Palazzuolo’s typical products. The Mugello IGP Chestnut is, therefore, at the heart of Palazzuolo’s October Sundays, accompanied by mushrooms, truffles, berries – both raw and processed – which are displayed, sold and available for tasting in a varied and fragrant exhibition-market set up in the heart of the medieval village.

As well as the stunning landscape, Palazzuolo sul Senio is home to a wonderful gastronomy, welcoming visitors with its typical cuisine rooted in local products. The cuisine's standouts include ricotta and potato tortelli, tagliatelle alla boscaiola, roasts, meat skewers and stewed game, cheeses like the typical raveggiolo, mushrooms, truffles and the celebrated Mugello IGP chestnut.

You might also be interested in Discover events, experiences, accommodation and restaurants nearby
Attractions
See allchevron_right
Museums Archeological Museum of the Upper Mugello
Museums Archeological Museum in Dicomano
Museums Museum of Mountain Folk
Places of worship Madonna della Neve Sanctuary, Quadalto
What to do
Ideas Itineraries Time-based tours
View allkeyboard_arrow_right
Alberghi diffusi: “hamlet hotels” in Tuscany
Museums without barriers in the Mugello
Mugello in the kitchen: 7 typical products to buy
Spending an authentic Easter in Tuscany
Dog friendly museums in Maremma and Mugello
Florence and its wines
View allkeyboard_arrow_right
Legs 10,2 km Pedalling the Valico del Paretaio
Legs 10,7 km Cycling in the Mugello: the Sambuca Pass
9 Legs 139,3 km Discover the Upper Mugello by bike
17 Legs 280 km Explore Northeast Tuscany by motorcycle
View allkeyboard_arrow_right
From 3 to 5 days A romantic getaway in the Mugello region
From 3 to 5 days 5 Days in the Mugello, among art and nature 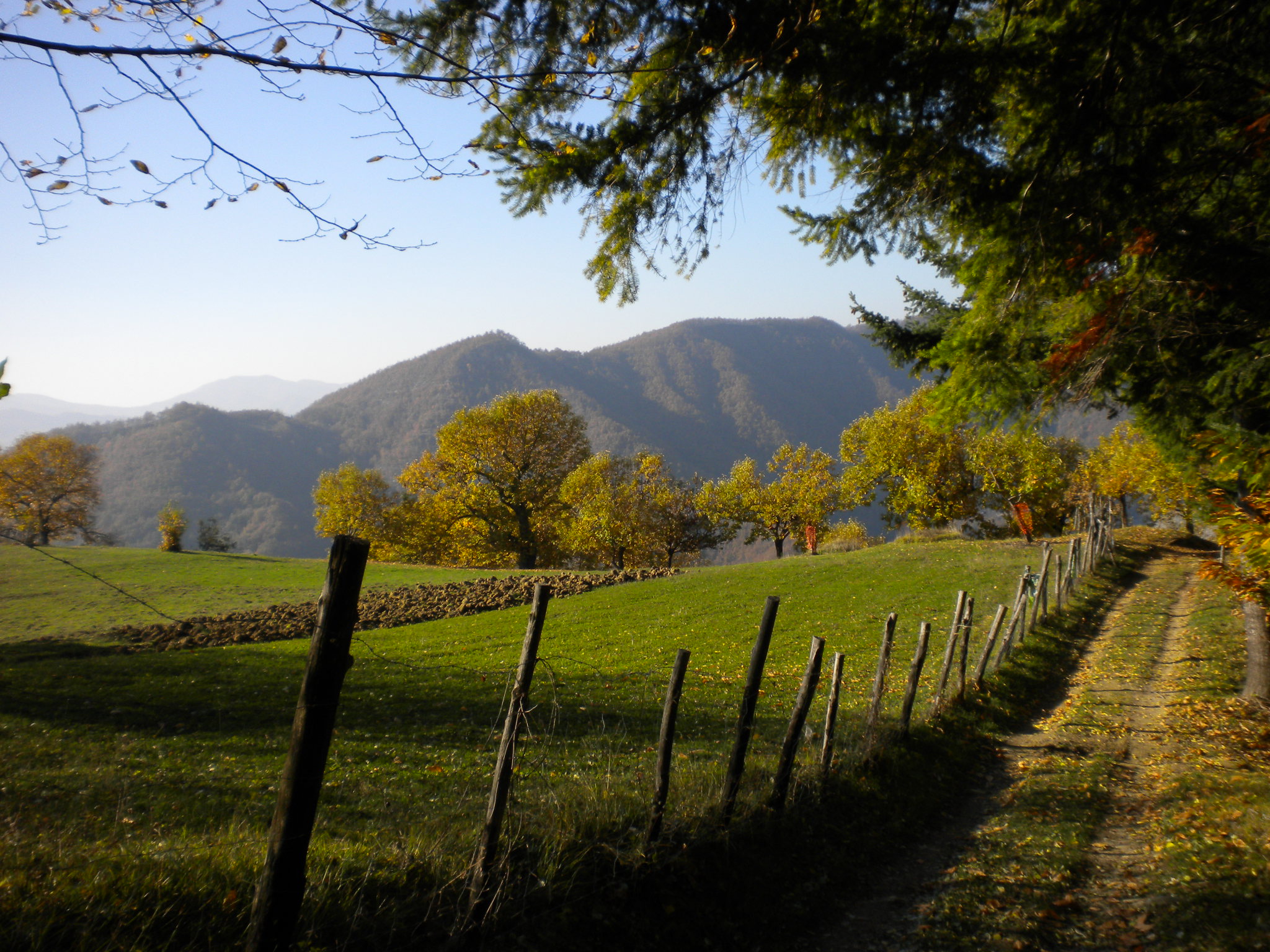 Read the story of Palazzuolo sul Senio on