Montieri is a village that sits on the slopes of a hill covered by forests of chestnut trees. Its name derives from Mons aeris (Bronze Mountain), a reference to the wealth of mineral deposits in the area. The toponym Bolunnio, attributed to a village nearby, suggests that Montieri was once an Etruscan settlement before the Romans arrived, as shown by the many tunnels that have been discovered in the area and then used for mining.

Out of them all, the most beautiful and fascinating is undoubtedly Buca delle Fate, a medieval tunnel inside a gap in the rock.

Montieri boasts several traces from the Middle Ages. Three towers from the defense walls are still visible; the characteristic streets of the village are striking for their 14th-century tower houses; and in the highest part of the town is the Cassero, which was once linked to the historic prisons.

The village is part of the largest Italian geothermal basin and is considered as eco-friendly and sustainable. Since 2014, a geothermal steam district heating system has been used to heat public and private buildings, promoting the importance of saving energy.

Close to the town of Montieri is a picturesque archaeological site known as La Canonica, which can be reached by follwing a path before arriving at Il Piano Municipal Park. The rest of the complex demonstrates the links between the area and its minerals, which made Montieri an important mining centre between the 11th and 14th centuries.

Everywhere around Montieri is linked in some way to mining; the landscape is particularly striking with its silver rocks, as is seen in the Cornate (a rocky mountain) whose appearance is similar to the moon.

The town of Boccheggiano is also found here, which has long defended its mining vocation, and whose landscape is enriched with the Roste, impressive stacks of red scoria. The two villages of Travale and Gerfalco are well also worth visiting; the latter is fascinating for its mainly intact medieval layout. This area is beloved by hikers, thanks to its proximity to a series of trails that wind through the Park of the Metalliferous Hills, which harmoniously surrounds these hamlets.

Some of the traditional events in Montieri include the celebrations in honour of the Madonna dei Castagni (Madonna of Chestnuts), which take place every three years. Ever since 1804 the town renews its devotion to the Madonna, whose image is brought from Rome and placed in a small sanctuary in the middle of chestnut trees. 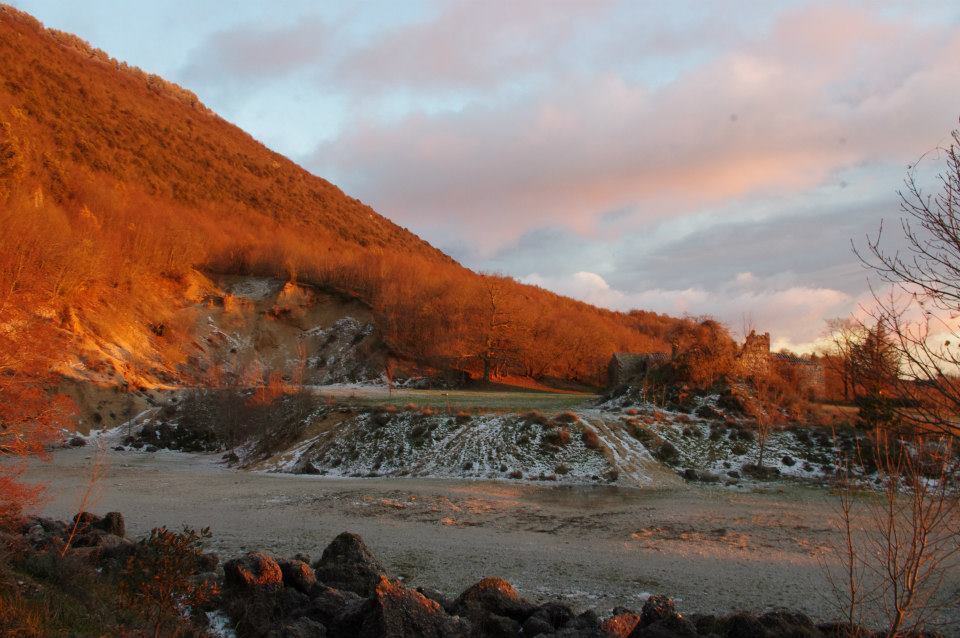 Read the story of Montieri on