Before setting off
Useful tools and information to help plan your holiday
info Useful information Weather, transport and more
cloud_download Download Area Downloadable maps and guides
email Contact us Drop us a line for more info
Follow us!
Italiano English Español Deutsch
Tuscany official tourism website ©2020
Search
close
Scroll down to choose language
Italiano English Español Deutsch
TuscanySafe - Information for a vacation in complete safety. Find out more
highlight_off
arrow_back Destinations
directions share
Montescudaio
One of the most beautiful villages in Italy and the city of wine and bread

Montescudaio is a small village in Val Cecina that has been included in the list of the most beautiful villages in Italy. From its historic castle walls, you can see the Tyrrhenian Sea and its islands.

Its name derives from the Latin Mons scutorum, which means "Mount of the Shields". The first inhabited centre was formed around a Benedictine monastery, founded in 1091 by Count Gherardo Della Gherardesca. Under this family’s control, it stood strong for a long time and, thanks to its strategic position, became an important village.

In this small Tuscan town even time seems to have stopped. You can still experience the Middle Ages in the village’s winding streets.

The castle is surrounded by impressive walls which rise up to 15 metres high and preserve the original masonry in the north and south sections. Of particular importance is the Guardiola, the only remaining watchtower. It also offers a breathtaking panorama that sweeps from the Cecina plain to the Tyrrhenian Sea.

Piazza Matteotti is right in the centre of the village and is the home of the famous sculptor, Italo Griselli. Have a look around the palaces of the town’s noble families such as the Marchionneschi, the Ridolfi and Palazzo Guerrini, now the Town Hall.

It’s definitely worth exploring the Via dei Pellegrini in the surroundings of Montescudaio. Along this trail, you’ll find the Historic Abbey and the Scornabecchi garden, a natural oasis with some medieval springs.

Since 1968, the Wine Festival has been celebrated on the first weekend of October. The event is particularly important for producers and foodies. Montescudaio DOC wine alongside the area’s other wines are all available to try, resulting in a huge variety of choice, from Sangiovese to the most innovative grape varieties such as Cabernet and Merlot.

Montescudaio is part of the National Association of Wine Cities and boasts its own DOC, which includes all the Val di Cecina, excepting Volterra. In 1977, Montescudaio obtained the Controlled Denomination of Origin title with two kinds of wine, one being a red based on sangiovese, trebbiano, malvasia and other grapes, the other a white based on trebbiano, malvasia and vermentino which can also be produced as dry, semi-dry or sweet vin santo.

Besides being the City of Wine, Montescudaio is also the City of Bread; try its classic Tuscan-style bread baked in a wood-burning oven and you won’t be disappointed. 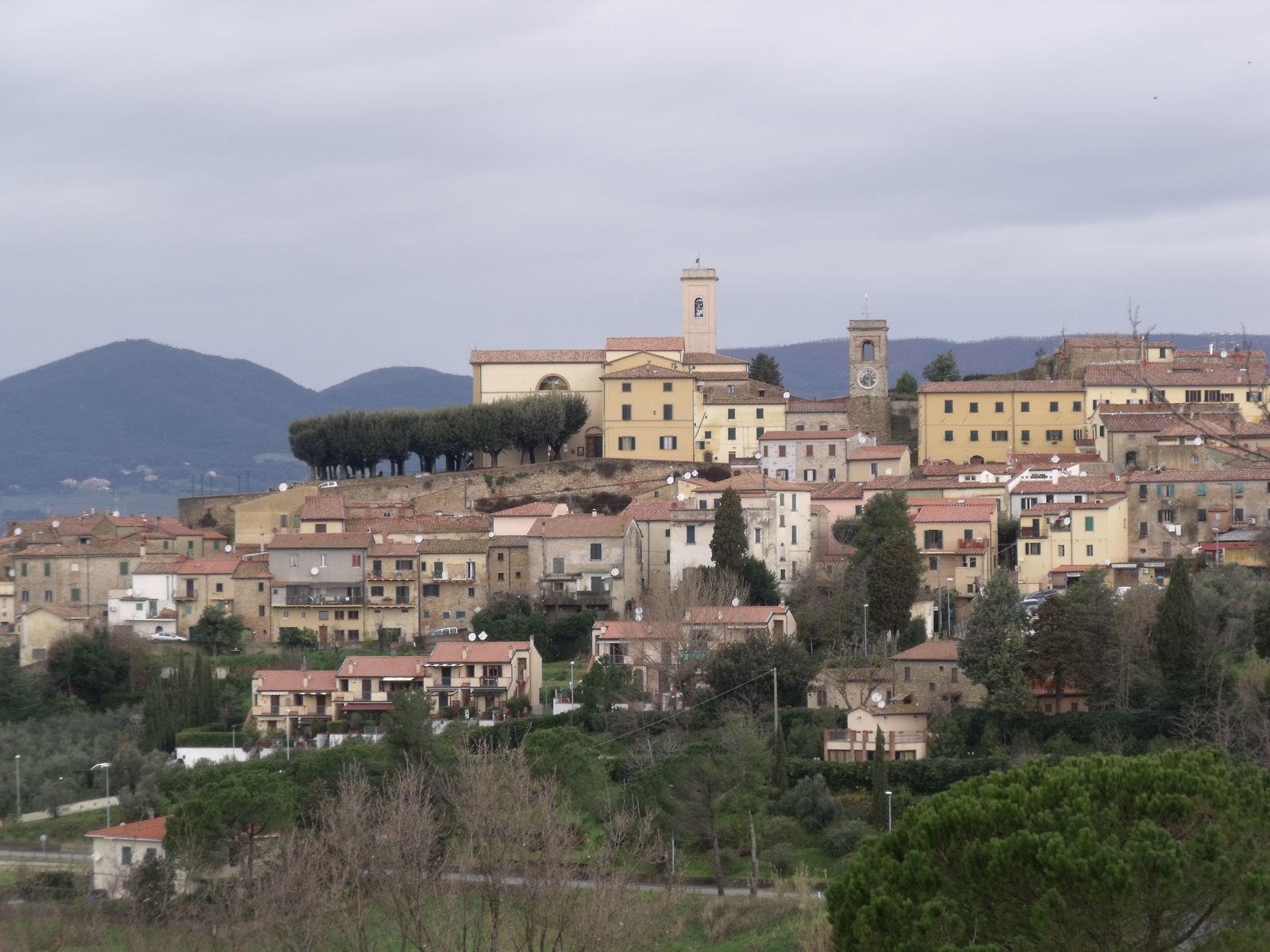 Read the story of Montescudaio on