The Castle of Marciano della Chiana is right at the heart of the Valdichiana, on a hill overlooking the flat countryside between Lucignano, Monte San Savino, Cortona and Foiano della Chiana.

Its remarkable economic and cultural liveliness dates back to Etruscan times, evidenced by the numerous relics found in the surrounding area such as the stone male torso belonging to a funerary statue dating back to the 6th century BC,  currently held in the Archaeological Museum of Arezzo.

During the middle ages, Marciano was a centre of important roads that connected the north and the south, such as the Cassia Adiranea in 123AD. At the height of Christianity, villages, large farms and churches were built. In the following centuries the area was at the centre of continuous disputes and conflicts between Arezzo, Siena and Florence, right until the most important event in the town’s history happened: the Battle of Scannagallo (2 August 1554). This created the passageway for the whole of Tuscany to fall under the dominion of the Medici family and of Florence.

What to see in Marciano della Chiana

The importance of this place was due to its strategic position on the hills it stands on, on the border between Arezzo and Siena. For this reason, a fortress, walls and a tower were added onto Castello di Marciano between the end of the 13th century and the beginning of the 14th century. The singular trapezoidal structure shows the military nature of this architecture, which differs from the castles of neighbouring villages that were used as homes.

Today the castle, which has been restored, is home to a multifunctional Cultural Centre. There is a beautiful view over the Valdichiana from the tower.

To visit the historic centre, you have to go through the door above the tower. Inside the town, there are several imposing fortresses, in the typical Sienese style. The Church of Santi Stefano and Andrea is also worth seeing, whose original structure was restructed in 1700s, and which is home to a canvas by Bartolomeo della Gatta depicting Madonna and child with Saints.

On 2 August 1554, the famous Battle of Marciano (also known as the Battle of Scannagallo) was fought in the countryside of Marciano, which resulted in Siena’s definitive defeat at the hands of Florence.

Subsequently, thanks to the Medici family and then to the Habsburg-Lorraine, Manciano, part of the Arezzo Valdichiana, benefitted from extensive restoration works and was primed for agriculture, with a farm system and a specific kind of housing called "leopoldina". The work was attended by scientists and engineers such as the likes of Leonardo da Vinci, Galileo Galilei and Vittorio Fossombroni from Arezzo.

The Path of the Reclamation of the Canale Maestro della Chiana is evidence of this past. It runs for 60 kilometers connecting Arezzo to Chiusi and retraces the historic road used to maintain the canal and the lock system from the Grand Ducal era. The well-equipped path is accessible on foot or by bicycle and gives you the chance to explore the area whose lands are dotted with evidence of the Etruscan period, cellars, oil mills, vineyards, olive groves and cultivated fields.

For all those who love vintage cycling (or even for those who haven’t tried it before) don’t miss the Chianina Ciclostorica in June, a race for vintage bicycles along the most stunning white roads in the Valdichiana. The event brings together hundreds of fans for a weekend dedicated to sport, but also to local food and wine, crafts, art and culture, with a packed calendar.

Manciano is located along the Arezzo Wine Trail, winding for 200 kilometers between Valdarno and Valdichiana, vineyards and olive groves, castles and villages and valleys and hills. 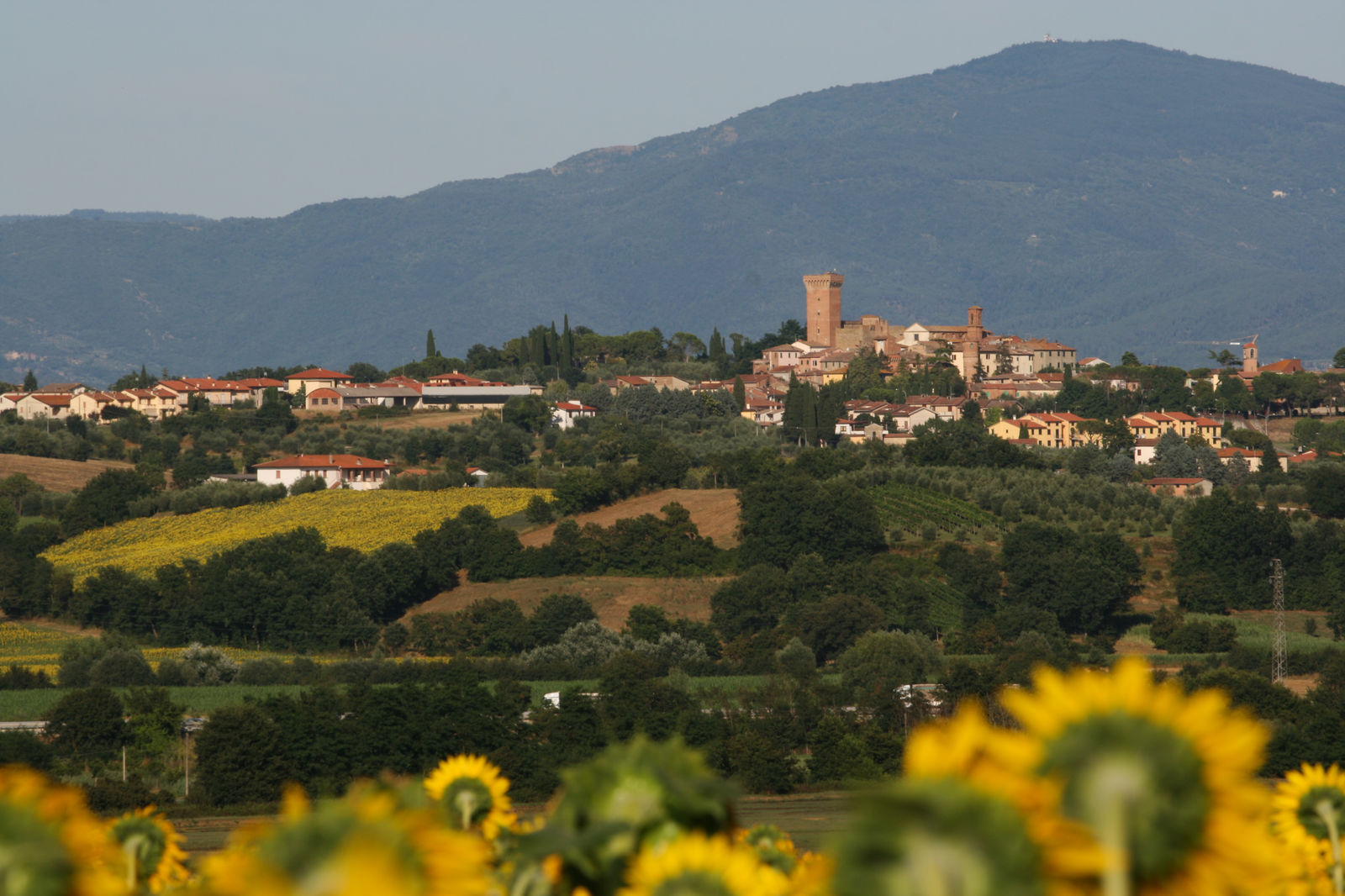 Read the story of Marciano della Chiana on