The town of Magliano in Toscana, right in the heart of the Grosseto Maremma on the top of a hill cultivated with vines and olive trees, has a medieval air about it.

Archeological excavations in this area have uncovered various necropolis, demonstrating Magliano’s roots as an Etruscan settlement before becoming the historic Roman municipality of Heba. From the 9th century onwards, the town was firmly in the grasp of the Aldobrandschi counts, next falling under the control of the Sienese Republic that fortified it with a splendid city wall, whose remains are still well-preserved and continue to protect the historic centre.

The historic centre, with its medieval layout enclosed within the walls, is bordered by Porta San Giovanni to the south and Porta di San Martino to the north. From here is an incredible view of the surrounding countryside.

In the heart of the village is the 13th century palace Checco il Bello, enriched by a Gothic facade and family emblems, and the parish church of San Giovanni Battista, dating back to the Roman period. Inside the latter are some incredible frescoes by the Sienese workshop and a baptismal font from 1439. We also recommend the breathtaking walk on the passageway along the walls (some of the best preserved in all of Tuscany).

Magliano is immersed in the Grosseto Maremma and is the perfect base for travelling around the rich countryside of the Maremma Natural Park.

Several small churches found in Magliano in Toscana’s municipal area, distinctive for their harsh appearance, include San Giovanni Battista and the Parish church of San Martino.

Dating back to the same period are two incredible fortified villages: Montiano and Pereta. Their small, houses squeezed tightly together and often joined by supporting arches are particularly characteristic.

Just outside Magliano is one of the monumental trees of Tuscany, the Witch’s Olive Tree. Its name derives from the traditional tale that in medieval times, women accused of witchcraft would secretly meet here.

Magliano is home to Vinellando every summer, an event lasting an entire weekend dedicated to the wine Morellino D.O.C.G, with tasting, activities and entertainment on offer.

Beyond its historical-artistic heritage, Magliano has become famous for its incredible development of viticulture linked to the production of its famous wine, the D.O.C.G Morellino di Scansano. The product uniquely represents Maremma’s typical flavours, and perfectly accompanies Maremma’s cuisine such as acquacotta (a hot, broth-based soup), wild boar “scottiglia”, and maiale ubriaco (pork cooked in red wine).

You might also be interested in Discover events, experiences, accommodation and restaurants nearby
Attractions
See allchevron_right
Naturalistic attractions The Natural Park of Maremma
What to do
Ideas Itineraries
View allkeyboard_arrow_right
Magliano in Toscana in the heart of the Maremma area
5 stunning walled towns in Tuscany
Monumental trees in Tuscany
10 small towns near Grosseto
27 beach towns in Tuscany
View allkeyboard_arrow_right
3 Legs 39 km The aroma and essence of Morellino by bike
Legs 96 km A ride through the heart of the Maremma
5 Legs 169,4 km Cycling the routes of champions in the Maremma
4 Legs 84 km Colli di Maremma Wine and Taste Trail
Legs 366 km The Grand Tour in the Maremma 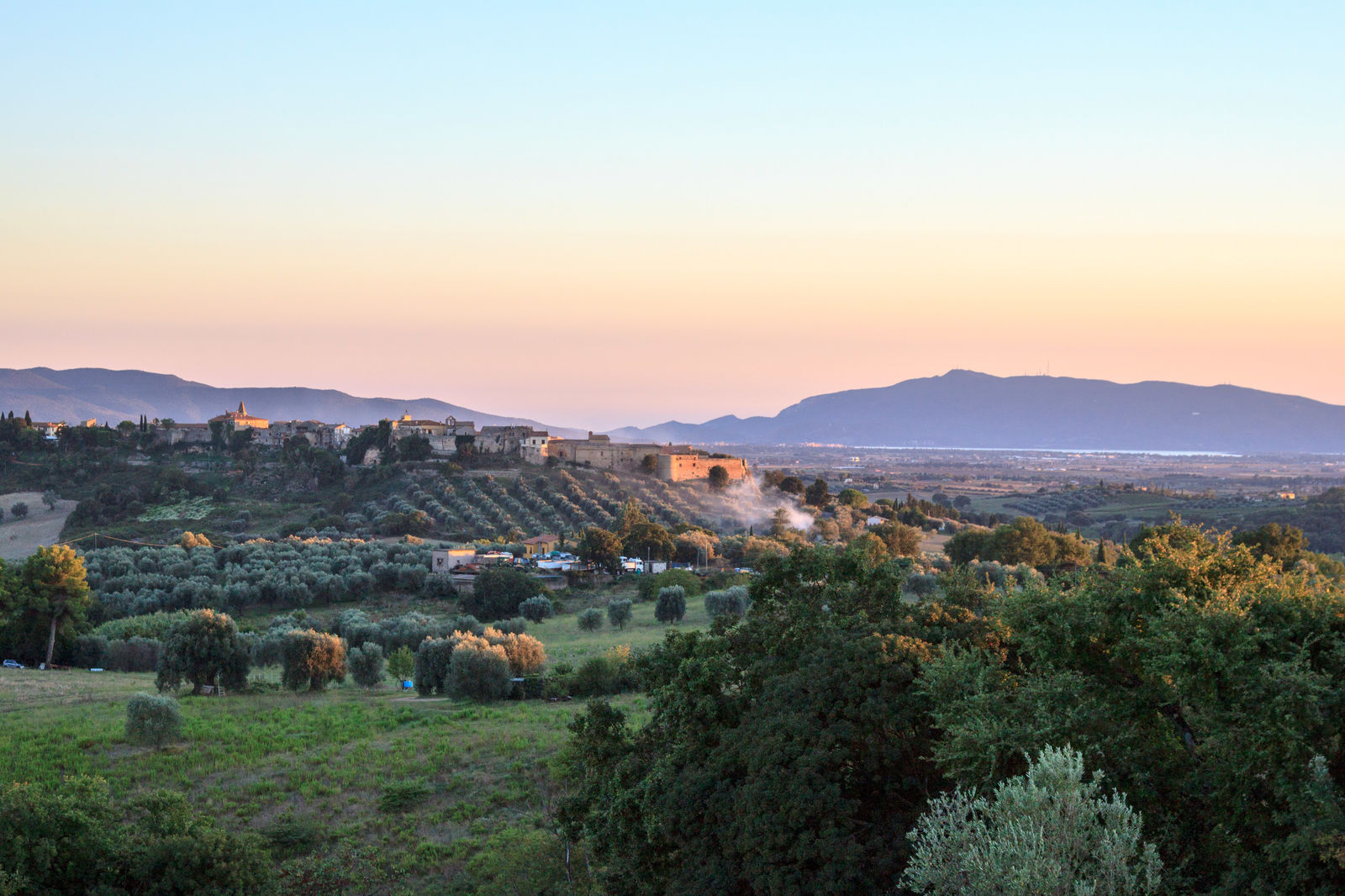 Read the story of Magliano in Toscana on