The Isola del Giglio, standing in crystalline emerald water just off Monte Argentario, is the second largest island of the Tuscan Archipelago. Giglio’s name originates from the Greek aegilion “island of goats”, most probably because of its mountainous terrain – almost entirely made from granite – and is renowned for being a natural paradise. The island’s beautiful jagged coast is characterised by its steep but smooth rocks, perfect for sunbathing or spending a pleasant day by the sea. Giglio’s mild climate means that the island is ideal to visit not just in the summer months but throughout the year.

What to see on Isola del Giglio

Isola del Giglio’s main beaches include Arenella, Canelle and Caldane, which are all on the east coast, while Campese, the island's largest, lies to the north-west.

The unbelievably clear waters of the island and rich seabeds, teeming with fish, mean that tourists and diving enthusiasts alike can experience the enchanting and uncrowded setting of an uncontaminated sea. The rare seahorse can be seen along the island’s seabeds, where even seagrass can be found at unusual depths, whilst deeper still are vertical walls covered with blue sponges and red and yellow alcyonacea, swarming with sealife.

The most populated areas of Giglio are the centres of Porto, Giglio Castello and Campese. Giglio Porto is a picturesque little port nestled on a cove, enclosed by two piers and a hilly amphitheatre terraced with vineyards. From here a narrow and winding road leads to Giglio Castello, the centre of the municipality which also administers over the island of Giannutri. The ancient town has kept its fortified village aspect: high medieval walls with towers surround it, and inside are a warren of arched alleyways, underpasses, steep stairways carved into the rock and old houses leaning against each other, all in the shadow of the fortress. Campese, on the west coast of the island, is primarily a holiday resort. Located in the centre of a bay bordered by a wide golden beach, it is embellished by the presence of an imposing tower built during the reign of Ferdinand I.

You can reach Giglio island from Porto Santo Stefano. Giannutri, the smallest island of the Tuscan Archipelago, is easily reachable from Porto Santo Stefano too. It’s a genuine paradise for snorkelling and diving lovers, but is also a place of huge archaeological importance: near Cala Maestra you can find the imposing remains of a Roman villa, built by the Domitii Enobarbi family in the 2nd century AD.

The most important annual events are the celebrations of the local patron saints, which always include parades, races, festivals and fireworks. Giglio Castello holds a celebration for San Lorenzo on August 10. On August 15 there is the feast of San Rocco in Giglio Porto, while on September 15 the people of Campese remember San Mamiliano.

The island’s Mediterranean scrub is interspersed with old earth terraces, created to cultivate olive groves and vineyards: the latter produce the treasured Ansonica white wine. An absolute must-try is the rabbit chasseur, cooked with tomato, spices, chilli and olives in pesto, seasoned with olive oil, garlic, salt, fennel seeds, chilli and orange peel. Panficato, a dessert made with figs and walnuts, is the area’s main traditional dish.

Museums Museum of Minerology and Geology on Isola di Giglio

Ideas for an unforgettable stay on the Isola del Giglio

Small jewels of the Tuscan Archipelago: Giglio and Giannutri

5 ways to keep cool in Tuscany this summer

The flavours of the Tuscan Archipelago

4 nature parks in Tuscany you can't miss out
View allkeyboard_arrow_right

From 1 to 3 days Weekend at the seaside, from the Argentario to Giglio Island
View allkeyboard_arrow_right
golf_course Sport

Tuscany Walking Festival Between April and May; between September and October
in Isola d’Elba
View allkeyboard_arrow_right
1.190€ 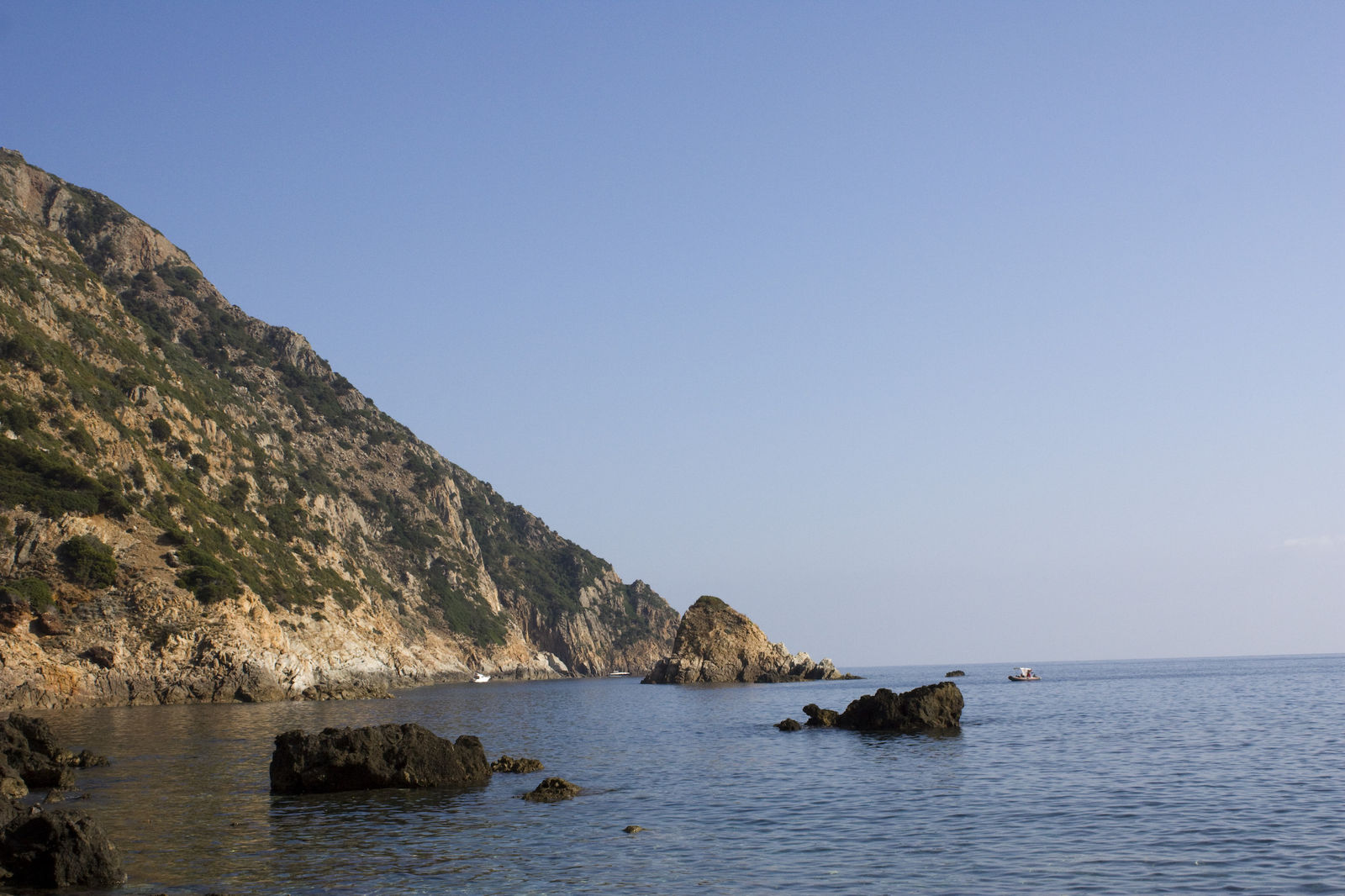 Read the story of Isola del Giglio on