Isle of Montecristo
In the Tuscan archipelago, an island that appears to be floating in the clouds

Seen from afar, the Island of Montecristo looks like a dark and shadowy mountain in the middle of the Tyrrhenian sea: a sight that fixes itself in the mind and never ceases to amaze those who see it.

In ancient times, the island was known as Oglasa. With the onset of the Middle Ages, however, it came to be known as Monte Christi, perhaps as a result of the monks who lived there. The Monastery of San Mamiliano was established on the island as early as the fifth century.

Geologically, the island of Montecristo is an enormous wedge of granite, a chain of three main peaks: the Monte della Fortezza (645 metres above sea level), the Cima del Colel Fondo (621 metres) and the Coma dei Lecci (563 metres).

The island achieved worldwide fame in Alexandre Dumas’ novel The Count of Montecristo, which has inspired a slew of films. The story, which takes place in the nineteenth century, is a tale of revenge and buried treasure on the island.

What to see on Montecristo

Montecristo’s slopes plunge sharply down to the sea, all the way along its coastline. The only way to approach the water in safety is at Cala Maestra, at the end of a narrow wooded valley: here you find what was Villa Reale, the sole building on the island.

The air that you breathe in when you disembark on the island is charged with a timeless magic. You are immediately catapulted into a sort of unreal space, where silence rules supreme. The three walkable pathways are all fairly demanding, but they will take you to the ruins of the aforementioned monastery of San Mamiliano, which stands a seventy-minute walk away from Cala Maestra. From the monastery you can keep going for another 40 minutes to reach the Grotta del Santo, a rather haunting area that lends itself to meditation. Indeed, you can find a number of votive offerings here.

A nature reserve was set up around the island in 1988, extending up to one kilometer from the coast.

Historic circumstances have kept Montecristo safe from mass population, which makes it the best place in all the Mediterranean to imagine how the Mare Nostrum looked before humans started to colonise it. One of the reasons for the interest in Montecristo is the exceptional state of conservation of its flora and fauna. In some cases, it provides one of the last havens to animal and plant species that used to flourish widely along the Mediterranean coasts.

The Montecristo goat has become one of the symbols of the island. A Middle-Eastern rather than a native species, Capra aegagrus was introduced here when man first arrived on these shores. The Montecristo goat is the only kind of wild goat in Italy, and can be recognized by its curved, pointed horns.

The island of Montecristo has formed part of the Tuscan Archipelago National Park since 1996, but the quality of conservation here was celebrated back in 1988 with the European Diploma for Protected Areas, which earned the island more visibility as a site of common interest. Access to Montecristo is therefore severely restricted, managed by the Follonica Forest Guard. Fishing within three miles of its coastline is banned, as is bathing; boats are forbidden to sail within a kilometre of the island too. So if you would like to visit Montecristo, you will have to contact the Park Info point, which organizes trips and special visits with licensed guides.

Every island in the Tuscan Archipelago has its own idiosyncrasies, and each one deserves to be experienced properly. Elba needs no introduction: it has been populated as far back as the Etruscans, who mined its iron and exported it right across the Mediterranean. The island made them enormously wealthy. Porto Azzurro, for example, contains remains of the Piccola Miniera (little mine), which can be visited by train or by signing up for one of the hiking trips that winds along the paths. The town is famed as a bathing destination, with sandy beaches like those of Barbarossa, La Reale and La Rossa. Those who prefer the rockier beaches, meanwhile, can go to La Pianotta, which alternates sand, shingle and cliffs.

For a wilder and, at the same time, more romantic adventure, Isola del Giglio is where you need to go. A ferry from Porto Santo Stefano takes you to this island, whose hidden coves coddle a crystal clear and clean sea, and whose vegetation is typical of Mediterranean scrub.

You might also be interested in Discover events, experiences, accommodation and restaurants nearby
What to do
Ideas Events
View allkeyboard_arrow_right

Montecristo, the wildest and most solitary island

Legends of Montecristo, the Tuscan island of secrets

5 books based in Tuscany

Tuscany Walking Festival Between April and May; between September and October
in Isola d’Elba 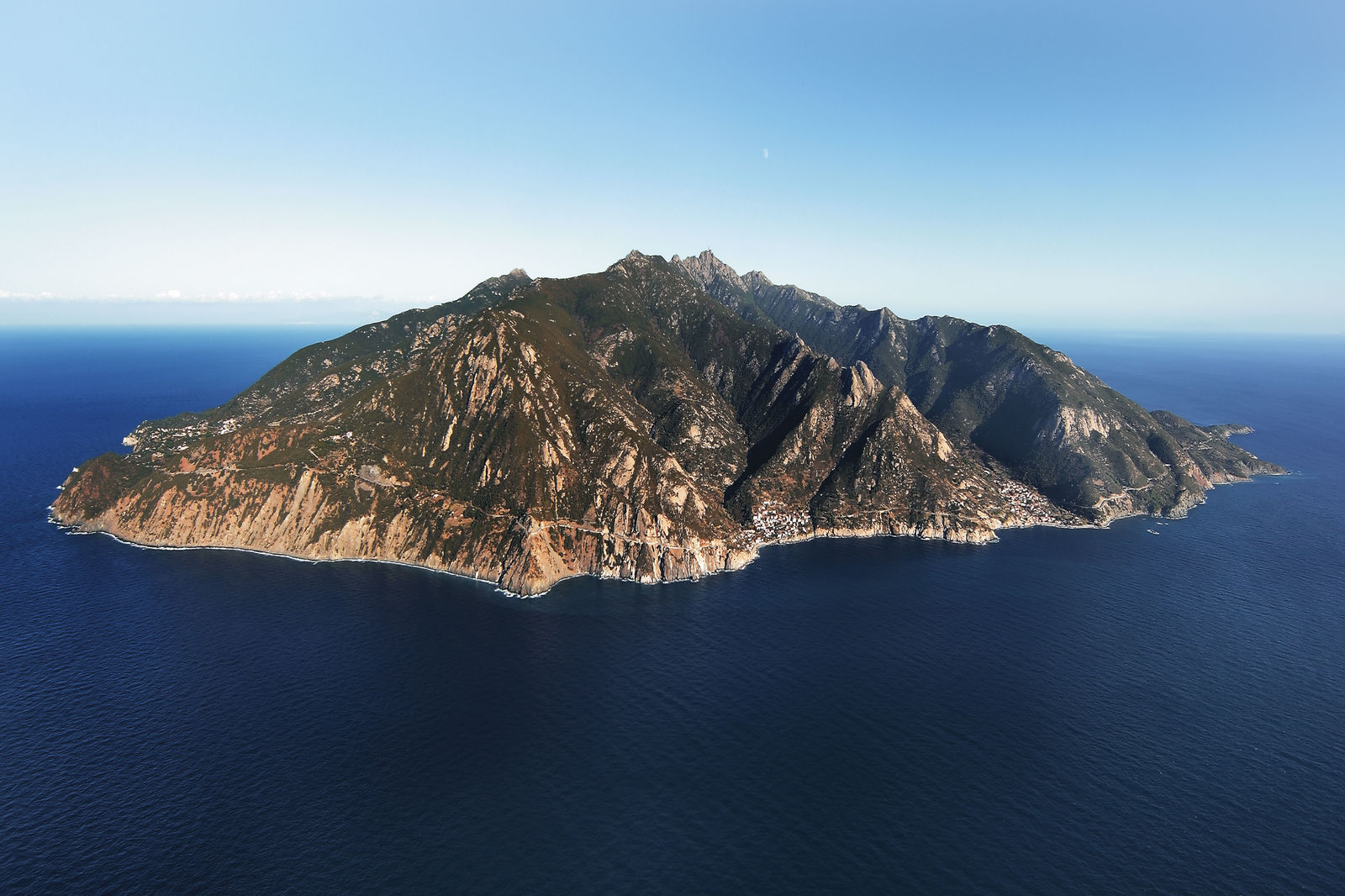 Read the story of Isle of Montecristo on