Grosseto
The El dorado of holidays amongst sea and countryside, and the cultural and political capital of the Southern Maremma

Grosseto, the capital of Maremma, is spread across the plain passed through by the Ombrone, only a few kilometres from the Tyrrhenian coast.

The city’s development is more recent than that of other deeply historic villages in Maremma; it was founded in 935, when Roselle was completely destroyed by Saracen pirates.

Grosseto was a Sienese dominion from 1336 and only surrendered to the Medici family in 1559 following the battle of Montalcino. It was only in the 20th century that it grew into the city it is now, thanks to reclamation works in its territories.

The city is an ideal place for families, what with its tranquil ambiance, and is perfect for exploring the surrounding hills and nearby coast; but it also holds many unexpected surprises for those who visit.

The city is the ideal and tranquil destination for families. It's perfect for exploring the surrounding hills and nearby stretches of sea, and the city that holds many unexpected surprises for those who decide to visit.

What to see in Grosseto

The historical centre is enclosed by completely intact and beautifully preserved medieval walls.

Once in the centre, it’s well worth visiting the Piazza del Duomo, also called Piazza Dante. The remarkable white and pink marble facade of the San Lorenzo Cathedral built in the twelfth century, is particularly eye-catching and is the most important monument of the city.

The inside of the cathedral is in the shape of a Latin cross, with a nave ending in a semicircular apse, and two side aisles. There are also various intriguing sculptures, such as the impressive marble baptismal font by Antonio Ghini.

Don’t miss the Cassero Senese, one of four ramparts built along the city walls, alongside that of St. Peter, the Sienese rampart and the entrance tower. It was built during the domination of the Sienese Republic and was completed in 1345. The Church and Convent of San Francesco, found along the walk through the ramparts, is also worth a visit.

A great way to discover the city’s mysterious and deeply historic secrets is to visit the The Museum of Maremma Archaeology and Art. The Polo culturale Le Clarisse is also in Grosseto’s historic centre, and is home to both the new Gianfranco Luzzetti Museum - whose collection includes painting and sculpture masterpieces dating back to the 14th and 19th centuries - and the Clarisse Arte exhibition space, which is primarily for contemporary exhibitions but also holds a documentation centre. Finally, we recommend a visit to the Natural History Museum of Maremma with various relics, rocks, minerals and environmental reconstructions.

The Southern Maremma is an incredibly untouched natural environment full of Mediterranean scrub, whose scent floods the region from the hills to the crystal clear sea.

For those who want to venture into the surroundings, the Natural Park of Maremma is definitely worth a visit. The park is a green oasis of 9 thousand hectares extending along the coastal stretch between Principina a Mare and Talamone; also worth visiting are the ruins of Roselle, one of the most important Etruscan archaeological areas.

Principina a Mare, Castiglione della Pescaia and the Argentario area, with its seaside villages Porto Santo Stefano and Porto Ercole, are all elegant tourist destinations well worth exploring.

For some years now, there have also been some really interesting projects in Grosseto’s general area that offer ad hoc disability services, even on the beaches.

Each year, Grosseto plays host to the only country festival in the whole of Italy: the Game Fair. The event is dedicated to outdoor entertainment, and centres around three days of total immersion in nature with activities such as traditional hunting, shooting, horse riding and canophilia.

On the night of San Lorenzo, a traditional procession takes place in Grosseto’s historic centre, led by Maremma oxen from Alberese pulling a cart through the traditional yoke and followed by the ‘butteri’ (cowboys) on horseback.

Tortelli alla maremmana are a local first course both in Grosseto and the whole of Maremma. Their distinctiveness lies in their shape and size. The name 'tortelli' is slightly misleading because the pasta is actually a form of 'ravioli', with spinach or chard inside.

Places of worship The Cathedral of Grosseto

Museums The Museum of Maremma Archaeology and Art

Places of worship Church of San Francesco in Grosseto

My hike through Maremma Natural Park

Enjoy the Maremma Park in a horse-drawn carriage

Legs 34,2 km Admire the Maremma Park while on two wheels

From 1 to 3 days A weekend in Maremma: nature and sport 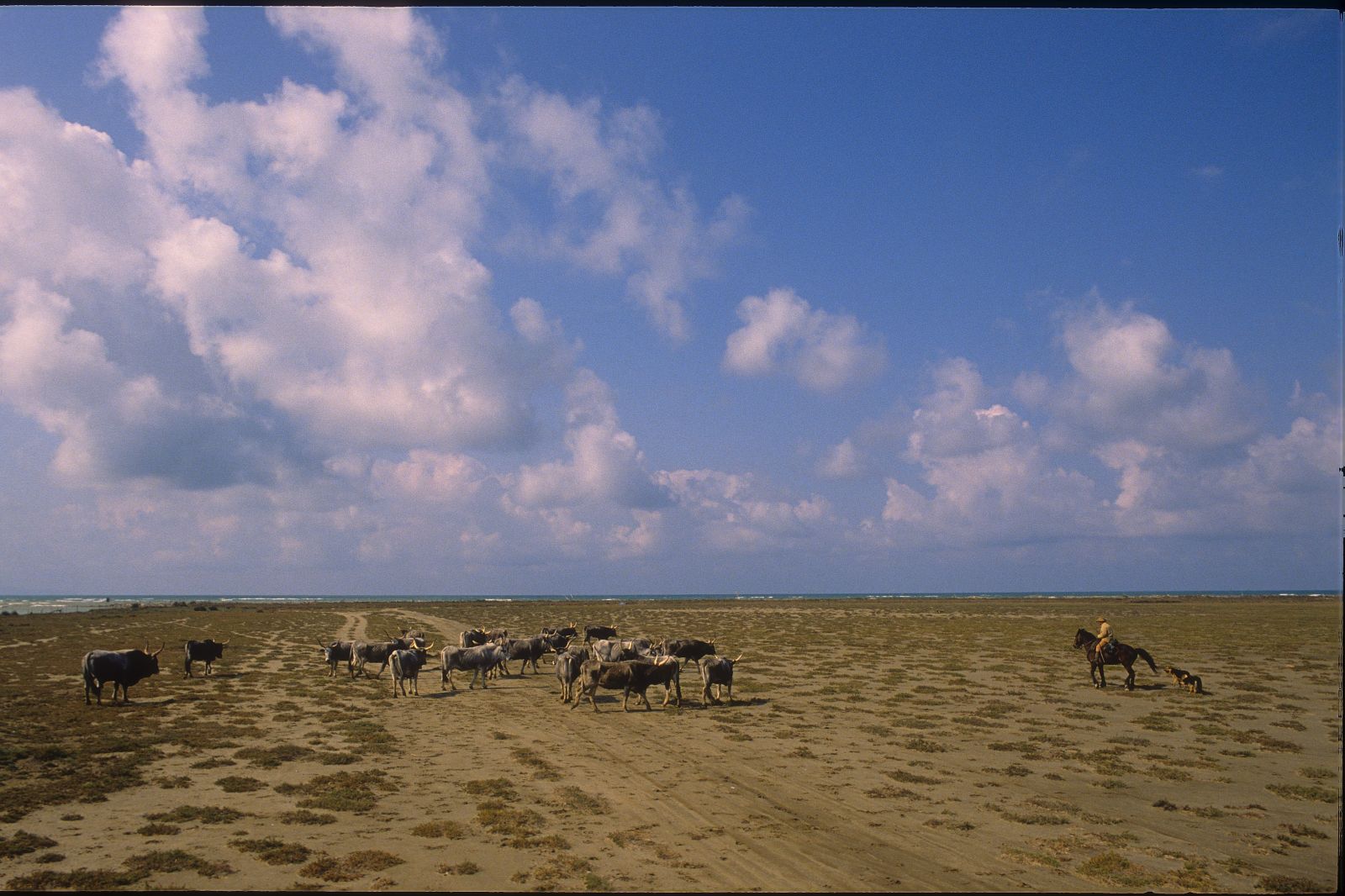 Read the story of Grosseto on