Coreglia Antelminelli is a mountain town in in the Serchio Valley, located in a splendid panoramic position with the Apennines at its back. The earliest mentions of the town date to the 10th century and attest to how this community has been tied to Lucca’s fortunes since its foundation. Considered in the Middle Ages to be a strategic point and despite being equipped with several strongholds, Coreglia suffered a long siege during the battle between the Guelphs and Castruccio Castracani’s army, who forced them to surrender.

After Castruccio’s death, king John of Bosnia, Lord of Lucca, granted the Vicariate of Coreglia to Ciomacco Mugia and Sante Castracani. But the Elders, sensing the incompetence of Castracani, asked Emperor Charles IV to replace him with Francesco Castracani degli Antelminelli, who, once nominated Vicar of Coreglia, appointed himself Count. Now a Vicar, he was no longer content with being a simple vassal and conspired to become Lord. At this point, the General Council decided to punish his corruption by confiscating his castles. Coreglia then fell into the hands of the Florentines, from whom Francesco Castracani took back the town in 1352. His goal was to obtain from Emperor Charles IV in 1355 the much desired transformation of the Vicariate into a Countship, with the right of handing down the title and fief to his successors. He was succeeded by his son Niccolao, Lord until 1369, when Lucca restored the historical Vicars. In 1362, Coreglia added Antelminelli to its name, having long been the home of this important family.

With the internal fighting at an end, the Coreglia townspeople began the artisan and emigration activity that would eventually spread throughout the world thanks to the figurinaio: the production of plaster figurines. It’s no coincidence that the most important attraction in Coreglia is the Museum of Plaster Figurines and Emigration, which boasts a vast range of statuettes, inviting visitors to explore the styles of this art form and the unique trend of emigration that brought the figurinaio, or plaster cast artisans, to export their knowledge to every corner of the known world. In addition to the well-known 18th-century cats blackened with smoke, the museum is also home to a collection of objects inspired by the Sacred Texts and popular legends, images of domestic life and examples of the trades of the past: chimneysweeps, gypsies, laundresses, urn bearers and so on.

The village of Coreglia is also home to the Church of San Martino, built in the 9th century and inside which are exquisite works of art, like an Our Lady of the Rosary painted by Pietro Sorri in 1598. The Fortress is also important, an imposing military structure that probably dates to the Romanesque era. Make sure to also visit the Castellan Church of San Michele, built opposite the 12th-century fortress and home to a painting depicting the Archangel St. Michael (14th century) and a beautiful Annunciation from the Pisa school (1352). The massive bell tower – previously known as the Castruccio Castracani Tower – will also capture your attention, erected in the 11th century.

A good time to visit Coreglia Antelminelli could be August 15th, when the town celebrates a Medieval Day, with a historic parade by the Association of Halberdiers of the Vicariate of Coreglia, a local festival that involves oil being offered to Our Lady of the Annunciation inside the pre-Romanesque church of San Martino. 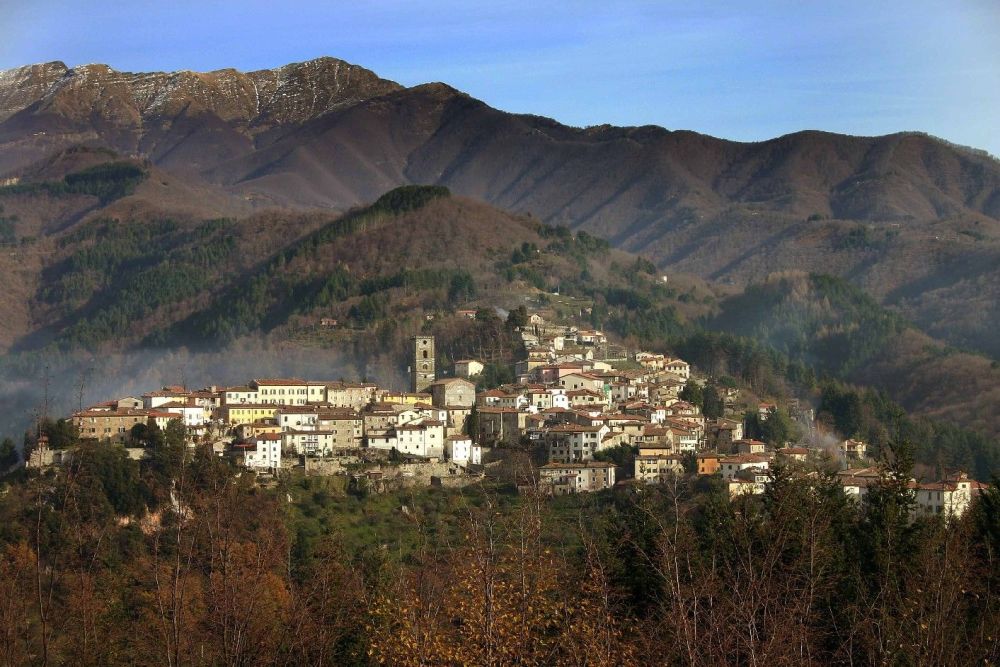 Read the story of Coreglia Antelminelli on