An inhabited center that dates back to at least the Etruscan-Roman age (as various archaeological finds with Etruscan inscriptions found near Viciomaggio and the church of San Pietro a Ciggiano suggest) in the area where Civitella in Val di Chiana stands today. Later, these Etruscan-Roman settlements became Lombard forts, particularly distinctive for their characteristic trait of their strategic hilltop position in order to control the valleys below.

Between the 9th and 10th century the Civitella area grew enormously: parish churches, monasteries, abbeys and hospitals were built along old Roman roads and new medieval ones. Records indicate that “Civitella’s feud” was passed to the Bishop of Arezzo in 1000, though it was destroyed in the 13th century and later rebuilt in 1272 by Guglielmino degli Ubertini, the Bishop of Arezzo at the time. After the Battle of Campaldino (1289), the town was occupied by Florentine forces and returned to Arezzo's bishop. A peace agreement was drawn between Bishop Ildebrandino and the Emperor’s ambassadors (Henry VII), which marked a period of relative peace between the Guelfs and Ghibellines. Civitella passed definitively under Florentine control in 1384.

What to see in Civitella in Val di Chiana

The village is enclosed within the city walls, interspersed with square towers and a gate called Porta Aretina.

The area's main attractions include the centuries-old Fortress (the town’s symbol and one of the best conserved Lombard forts), the 14th-century Palazzo Pretorio, the Church of Santa Maria and a medieval cistern in Piazza Lazzeri.

At Porta Sinese (another entrance point to the castle) is a 16th century tabernacle with a polychrome majolica by the Robbiana workshop depicting a Madonna and Child.

The Romanesque Church of Santa Maria is also unmissable, dating back to the year 1000. It has subsequently been enlarged, remodeled and, after the bombings, rebuilt.

After centuries of relative tranquility, the most dramatic events in the town’s history took place during the Second World War, when the fortress was destroyed in a bombing. Civitella’s people were the victims of one of the bloodiest massacres in Italian history, leading to the deaths of 244 people. This is remembered today with a plaque, a monument and a Hall of Memory.

Civitella in Val di Chiana is located in the Valdichiana Aretina, consisting of a low mountain area and an extreme offshoot of the Tuscan Pre Apennines (which envelopes the village in its woodland setting), as well as another flat area, which forms the northern part of the Valdichiana.

Civitella’s territory is also the first to be met by the Arno at the foot of the mountains.

The flat area is richly cultivated, as well as being home to the major centers, which happen to be more populated than Civitella itself. Instead, the town - like the other mountain villages – has suffered a progressive depopulation.

In the hilly and mountainous region are olive groves and vineyards.

The majestic Villa Oliveto is found on the hills sloping down from Civitella, not far from the town of the same name. Its current appearance is due to a 19th-century intervention, with a floor dedicated to oil mills and cellars, a noble floor and an overlying service floor. Surrounding the villa is a beautiful park with large trees and olive tree terraces.

After several changes of ownership, the building was transformed into a concentration camp during the Second World War and is now used as the Concentration Camp Documentation Center.

In Civitella’s wider territory along the course of the Arno is the Ponte a Buriano and Penna Regional Nature Reserve. The reserve runs from the Romanesque bridge Ponte Buriano to the power plant located downstream of the Enel della Penna dam, including the dam’s artificial reservoir and the surrounding land areas. It was just made for hiking; from Ponte a Buriano’s Visitor Centre, you’ll have the choice of several paths to reach the reeds or the birdwatching huts.

The typical Corolli di Civitella are donut-shaped biscuits prepared with flour, eggs, sugar, lard, yeast and vin santo, with small variations in the recipe according to the different areas.

Civitella is also located along the Arezzo Area Wine Trail, winding for 200 kilometers between the Valdarno and Valdichiana.

Cycling in the Valdichiana
View allkeyboard_arrow_right

Legs 150 km From Grosseto to Arezzo by motorcycle
View allkeyboard_arrow_right 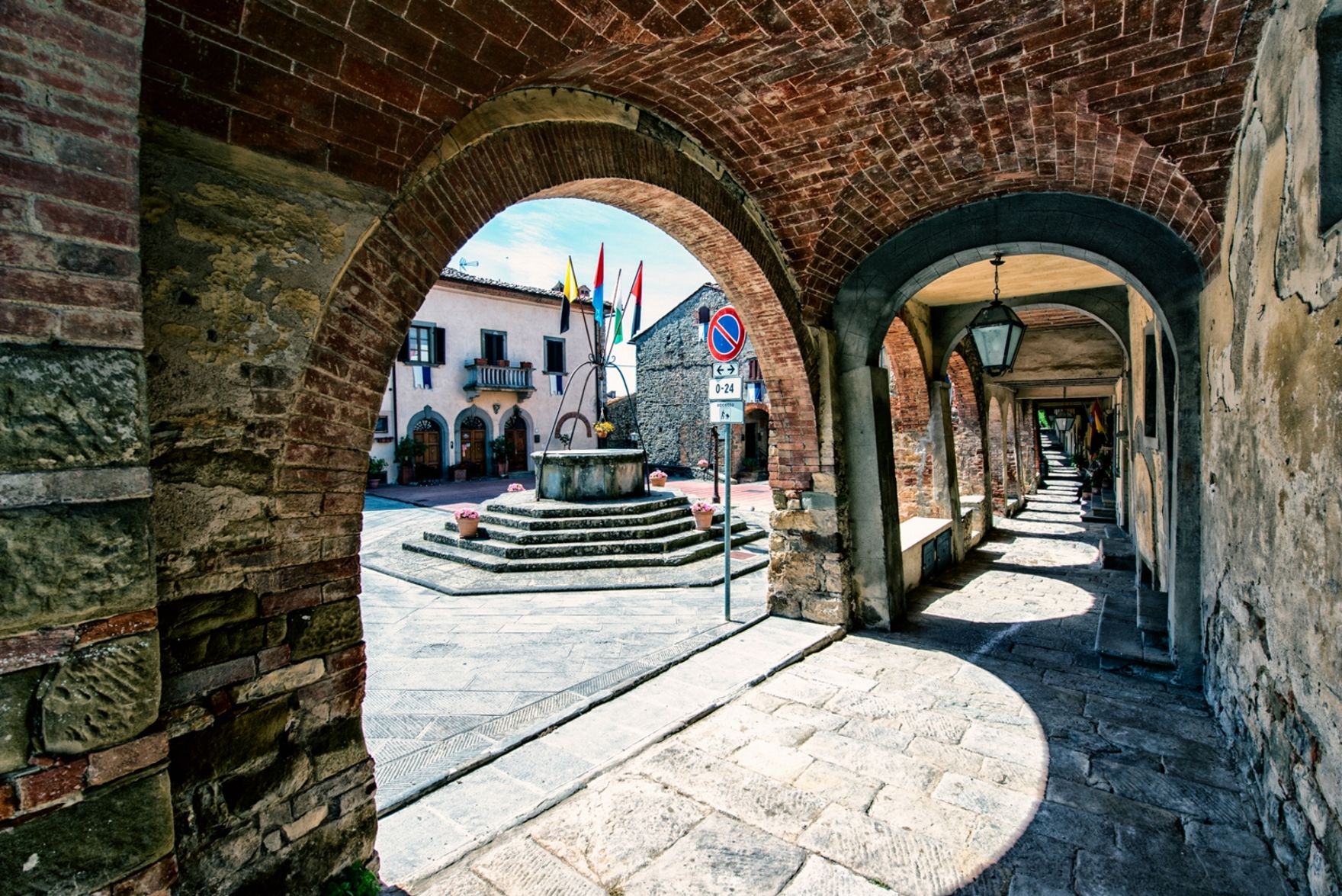 Read the story of Civitella in Val di Chiana on