The village of Chiusdino, magnificently positioned between the Merse Valley and the Metalliferous Hills, is nestled in the Siena Area. The town holds deeply historic roots, possibly deriving from an early medieval settlement by the Longobards, and later passed from the control of the Bishops of Volterra to the Municipality of Siena in the 13th century.

The town still maintains its medieval atmosphere, enhanced by the castle and the surrounding village. Some parts of the city walls still remain, with medieval houses inside.

Inside the small, historic village you can find the Church of San Martino, known as fuori le mura (outside the walls), the Prepositura di San Michele, next to the house where San Galgano was born, and the Church of the Compagnia di San Galgano, which is home to a fascinating bas-relief depicting St. Galgano thrusting his sword into a rock.

It’s in this very town that the legendary Abbey of San Galgano and the Hermitage of Montesiepi stand. The basilica, famous for not having a roof, is one of the main artistic symbols of Tuscany and was one of the first and most remarkable examples of Romanesque and Gothic-Cistercian architecture in Italy. The Hermitage of Montesiepi and the basilica surrounding it are without a doubt the most important religious monuments in the Sienese territory.

The Hermitage stands on the top of an oak-filled hill, where the young knight Galgano di Guidotto retired to live as a recluse in December 1180, the year in which he stuck the famous Sword in the Rock to recreate the symbol of the cross. You can still see this today in the little church of Montesiepi.

While exploring the municipality, it’s also worth visiting the castle village of Frosini, where the Counts of Gherardesca used to live, as well as the tiny villages of Luriano and Castelletto, and the castle of Montalcinello.

On the first weekend of August, as is traditional in Ciciano (a small hamlet in the nearby area), the highly anticipated Palla EH! tournament takes place. This revolves around a historic game, most likely from the time of the Ancient Greeks, that has ties to modern tennis. On the same weekend is the Festival del Ciaccino, celebrating a type of traditional focaccia baked in wood-burning ovens.

Summer in Music also occurs in the summer, when many international artists perform in the magical and picturesque location of the Abbey of San Galgano.

The typical products include the area’s cold cuts, taken from the Cinta Sinese pork. These are the most valuable and renowned for their excellent and delicate taste. Fragrant mushrooms and cherries also grow in the surrounding wood, also the source for delicious flour that's used in various culinary preparations. Sheep breeding has taken place in the area for decades and enriches the meat and milk production from which the Pecorino Toscano DOP cheese originates. The products that represent the area include its wines such as Chianti Colli Senesi DOCG and DOCG Riserva and Vin Santo DOCG that are produced and aged according to the rules of the Chianti Consortium. We recommend the "Val di Merse Taste Trail" which runs through the south-western part of the province of Siena, acting as a passage between the heart of Tuscany and the Maremma coast. 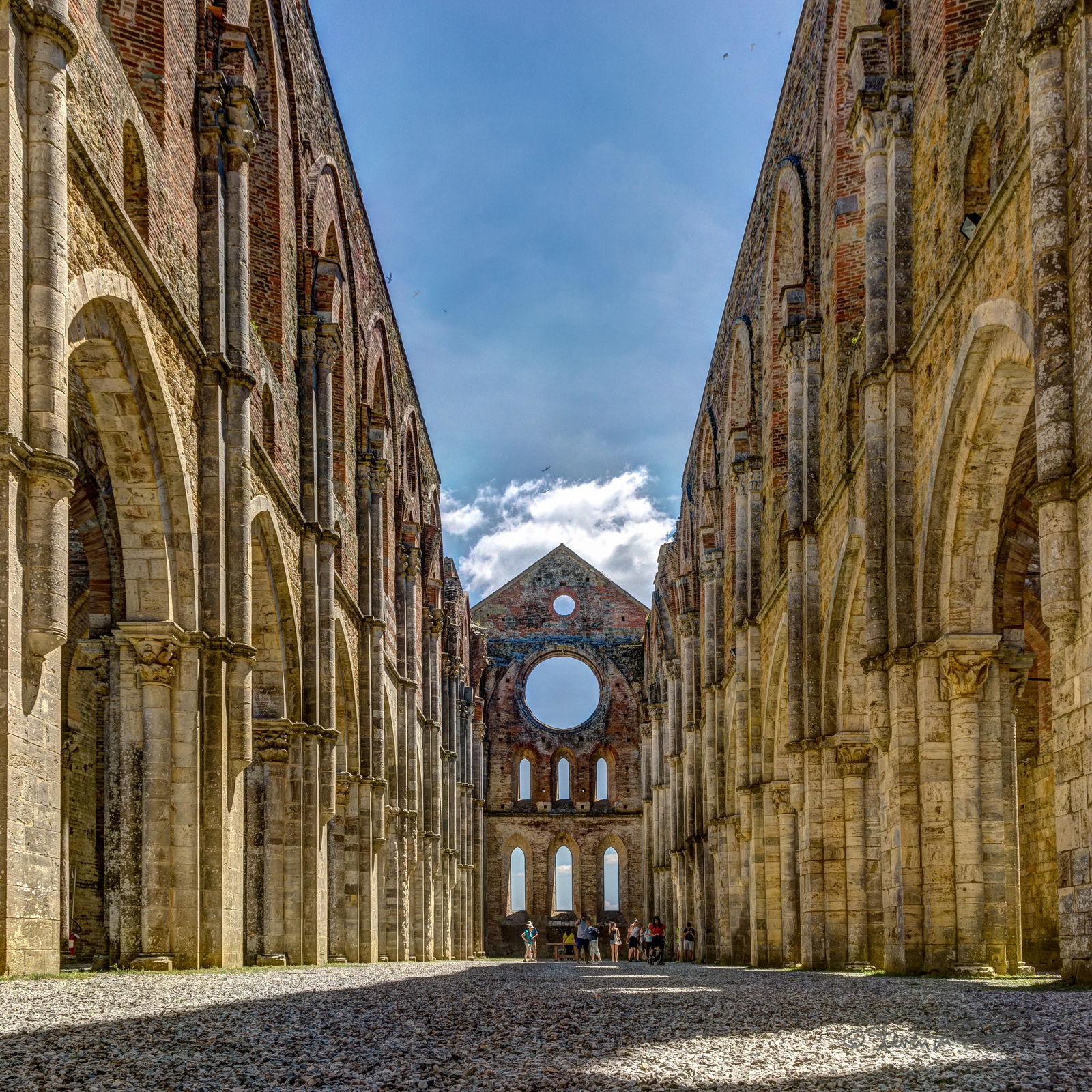 Read the story of Chiusdino on