Chianni is a medieval Etruscan town, and was once disputed between Volterra’s bishop and the Republic of Pisa, before finally passing under the Florentine dominion at the beginning of the 15th century.

Nestled in an area surrounded by typical Tuscan countryside, Chianni is an ideal place to immerse yourself in long walks through nature, in particular through the cultivated hills and magnificent oak woods from which some of the area’s most famous products are found. These often form the base of the typical dishes celebrated every year during historic and popular festivals. Chianni truly is a paradise for lovers of food and wine and beautiful trails through nature.

The medieval town’s most significant attractions are the Church of San Donato and the Chapel of the Santissima Annunziata.

The medieval Church of San Donato dates to 1277, however the current structure is the result of a complete 19th century remodeling; inside is a magnificent polychrome marble altar from the late 17th century.

The Chapel of Santissima Annunziata is underground. Its construction probably dates back to the parish’s extension works in the early 18th century. Its importance is due to a cycle of frescoes by Giovanni Battista Tempesti of Volterra covering both the large barrel vault of the roof and the side walls.

The medieval village of Rivalto, just a few kilometers from Chianni, is absolutely unmissable. The Sanctuary of the Madonna del Carmine is a particular stand-out, being an 18th century building surrounded by woods.

The whole area is ideal for exploring with cycling routes that cross the Pisa Area and give you the chance to admire some of the most beautiful Tuscan landscapes.

Following the road that runs from Chianni towards Castellina Marittima, and then walking for a bit through the woods, you’ll arrive at the Ghiaccione waterfalls along the Carbonia stream. The second is the most beautiful of the three, with a jump of about 10 meters along a rocky wall, and a pool of cold water where the most daring of you can bathe!

The Vitalba and Montevaso Environmental and Educational Park is also not far. An agro-forestry estate created to safeguard the natural wealth of the area, it also functions as an educational center with numerous activities designed for students and families.

The municipality’s oak woods are loved and popular with those who hunt wild boar. It’s no surprise that the Chianni Wild Boar Festival takes place here every year; the festival is one of the oldest in Tuscany, founded in 1976. On the second and third weekend of November, dinners based on wild boar and other typical peasant cuisine specialties, as well as tastings, meetings, musical events and activities for children are held.

The Chianni Opera Festival has been organized for several years now and takes place in July. Important operas are brought to the stage in the breathtaking setting of Piazza del Castello.

The village of Rivalo becomes a favorite destination for Rivalto brown enthusiasts in October. These are a particular variety of chestnuts with a thin skin and streaks of dark color, and also take centre stage in the local cuisine.

The town has been known for years for its olive growing; the Chianni extra virgin olive oil was founded here. The oil has an intense color, a low degree of acidity and a fruity taste.

Chianni is located at the end of one of the paths in the Pisan Hills Wine Trail, which offers itineraries through the Pisan Hills, the Valdera, the Lower Valdarno up to the Val di Cecina, and combines the wine tasting and other local products with picturesque villages.

The Bianco Pisano di San Torpè has been produced here since ancient times.

Another standout part of the local gastronomy is the truffle and, in particular, the white truffle from San Miniato, one of the finest in Italy.

You might also be interested in Discover events, experiences, accommodation and restaurants nearby
Attractions
See allchevron_right
Monuments The Chapel della Compagnia della Santissima Annuziata
What to do
Ideas
View allkeyboard_arrow_right
The Wild Boar Feast in Chianni
Wild boar in Tuscany 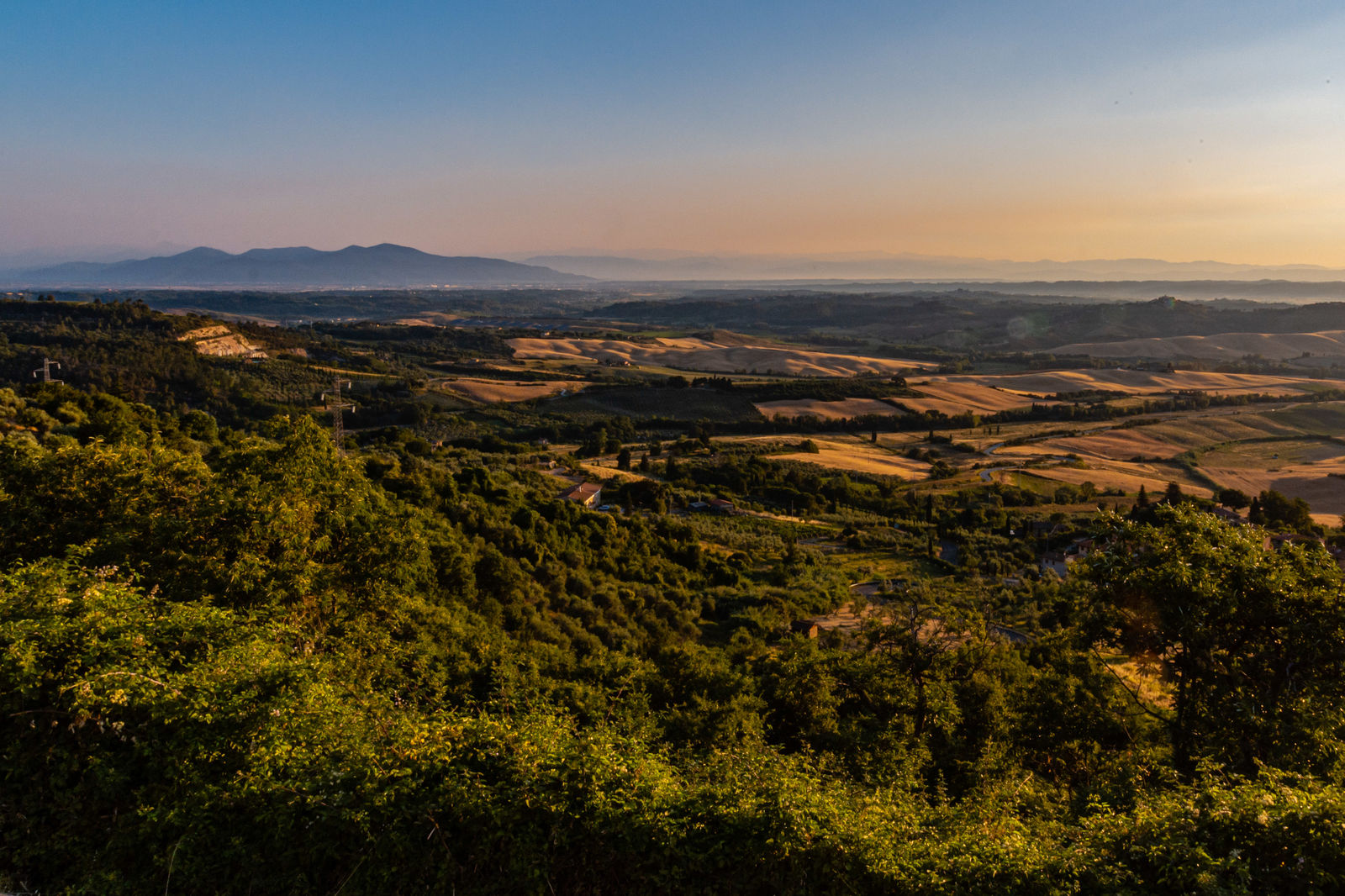 Read the story of Chianni on