Cerreto Guidi sits in a landscape of rolling hills, dominated by traditional vineyards and olive groves. Visiting this countryside, looked after over the centuries and dotted with farmhouses, villas and churches, is a way of seeing the Tuscan landscape anew and at its most typical.

The earliest historical documentation dates to 780 and refers to Cerreto in Greti, as it was known as the time. This name remained in use until 1079, when the name Cerreto Guidi was adopted due to the arrival of the Guidi Counts, who built one of their castles here. In 1085, their power became merely nominal, given that the town has passed under the rule of the Florentine Republic, while in 1273 Cerreto became attached to Florence’s fortunes once and for all.

What to see in Cerreto Guidi

The 16th century proved pivotal for Cerreto’s history, marked by Medici rule, who were behind architectural measures like the Medici Complex, which encompasses the hunting lodge (it became the Museum of Local Hunting in 2002), the farm and monumental access ramps to the villa attributed to Buontalenti.

Annexed to the Medici villa is the Pieve di San Leonardo church, whose bell tower seems to have been erected as the castle’s chapel. The current appearance is the product of countless interventions that altered the medieval layout of the building. The church contains prestigious items, including the glazed multicolored terracotta baptismal font attributed to Giovanni Della Robbia and a canvas depicting San Leonardo by Cristofano Allori (1577–1621).

Continuing along the circular road around the complex you come across the interesting Oratorio della Santissima Trinità, dating to 1607, whose interior features eighteenth-century frescoes. However, the most valuable artwork is an 1587 altarpiece by Domenico Cresti, aka Il Passignano.

Also worth a visit is the Sanctuary of Santa Liberata, whose construction probably dates back to 1336, when, according to tradition, an oratory dedicated to the Virgin was built here to thank her for the liberation of the city from the troops of Mastino della Scala. The constant attention paid to the cult of Santa Liberata has meant that the building has been the subject of many interventions by the community of Cerreto.

The Montalbano area is home to a dense network of trails and paths that's ideal for lovers of trekking and hiking in nature. At the foot of the mountain, the Padule di Fucecchio (Fucecchio marsh) expands. The humid area is where birdwatchers can observe more than 190 species of birds and the fascinating flora.

These green hills are the same ones that inspired Leonardo da Vinci. To try to get into his brilliant mind, you can visit the Leonardian Museum in Vinci. In Anchiano, 3 km from the town center, it's still possible to enter Leonardo's birthplace.

Finally, among the woods and olive groves, you can find the fortified village of Capraia with its interesting religious buildings such as the church of San Jacopo in the hamlet of Pulignano, the frescoed Compagnia della SS. Trinità, and the abbey of San Martino in Campo.

With over 50 years of history, the Palio del Cerro is one of the unmissable events in Cerreto Guidi. It's a historical re-enactment in Renaissance costumes that takes place on the first Saturday of September in front of the Medici Villa.

In July, La Notte di Isabella takes place through the streets of the town. The fascinating event is packed with parades and shows, historic crafts, Renaissance music and dances.

In the territory of Montalbano, you'll also find the Olive Oil, Wine and Flavours trail, a themed route dedicated to the vaulable wine and olive oil production. Related to this itinerary, in Cerreto Guidi, it's possible to taste an excellent extra virgin olive oil which, even today, is produced with traditional methods.

The sweet life of the Renaissance: travelling with the Medici in Tuscany

4 legends from the hidden Tuscany you probably don’t know

Discover 5 typical products of the Empolese Valdelsa and Montalbano region

Exploring the villas and castles of Montalbano
View allkeyboard_arrow_right

From 1 to 3 days Weekend at the Casa dei Medici: from Cerreto Guidi to Montelupo Fiorentino

From 1 to 3 days 3 days of art, sport and nature in the heart of Tuscany 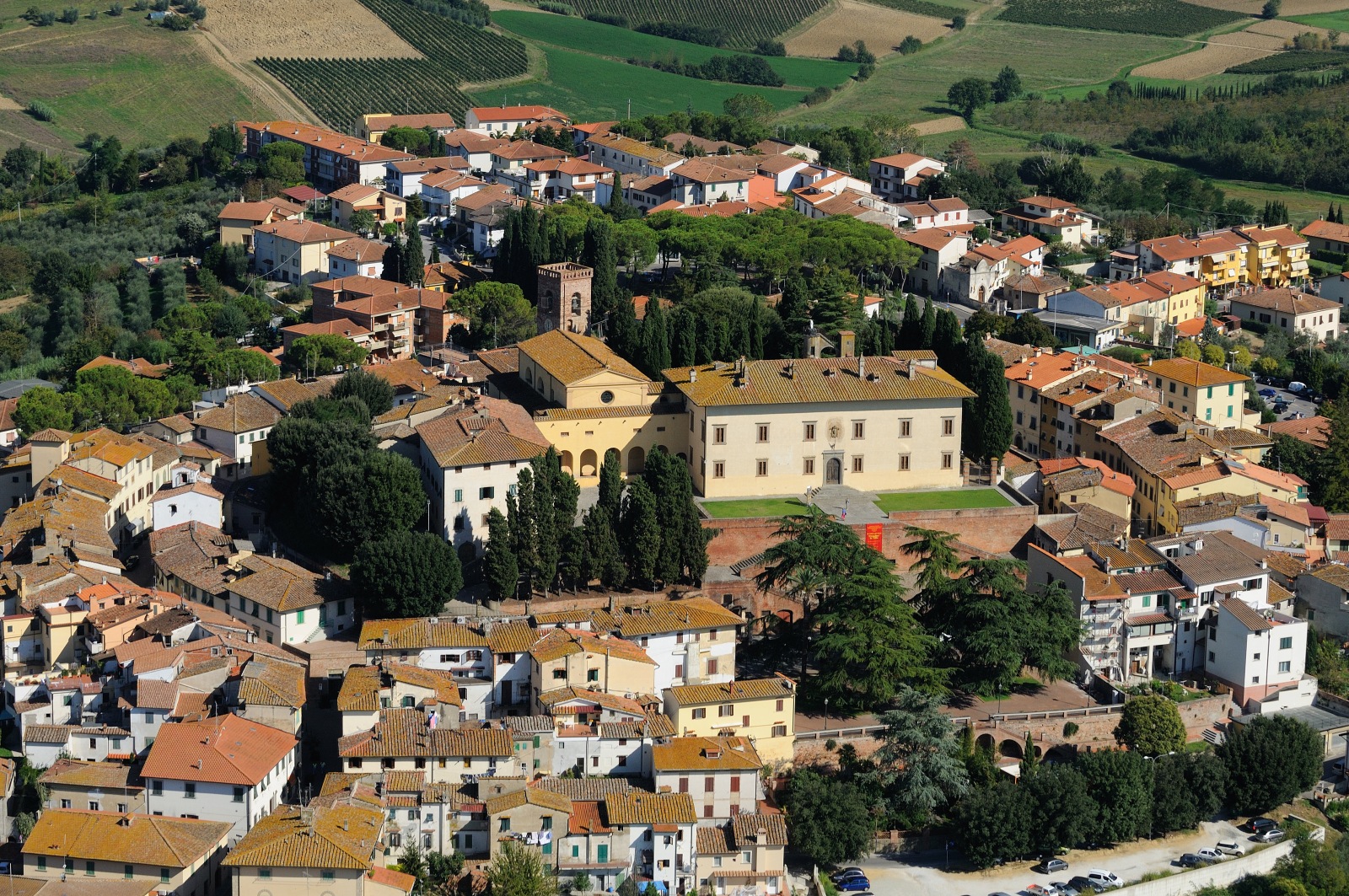 Read the story of Cerreto Guidi on