Castellina in Chianti perches on a gentle arc of hills, radiating all the sweetness of the Chianti panorama. It first reveals itself to travellers as a series of patrician palazzos, which were built in the construction drives of various soldier-governors: initially these were the cronies of the Guidi counts, who had struck out from their Garfagnana homeland and pushed south into the heart of Tuscany, trying to bend it to their will through diplomacy. Later, the town was part of Florentine territory. Its centre is built around the old citadel, which was designed in the late 1400s by Giuliano da Sangallo. Walking down the via Ferruccio, you can still breathe something of Castellina's medieval atmosphere; and at the end of this street you will find the church of San Salvatore, which was destroyed in the Second World War and rebuilt in a neo-Romanesque style.

Castellina in Chianti lies in a heavily wooded area, one that is littered with remains from the Etruscan civilisation. Numerous finds have been dug up around here, confirming the presence of human settlement since at least the seventh century BC: after all, Castellina was a crossroads between the Etruscan towns on the coast (Vulci, Vetulonia and Roselle) and those further north and inland. With links to the Adriatic, these latter centres connected the peninsular to the East.

Among these finds, one that we absolutely must mention is the Tumulo di Montecalvario, just outside Castellina. Made up of four tombs, arranged on the points of the compass, this tumulus has been known since the sixteenth century: as a result, it has been subject to centuries of depredation and robbed of nearly all its treasures. Nonetheless, excavations in 1915 unearthed iron and bronze decorations that once adorned a war chariot.

Further north, towards San Donato in Poggio, you can see an ancient acropolis which still has a functioning water well. A little necropolis grew up around Poggino, which contains funereal effects and objects from the sixth century BC.

A great many archaeological finds are kept in the Antiquarium, which is located inside the sixteenth-century town fortress of Montecalvario. It seems that the area, before being occupied by the Romans, was briefly abandoned in the first century BC as the result of a devastating fire.

Finally, the parish church of Sant'Agnese in Chianti - which stands in the nature reserve of the same name - is very interesting, having been largely rebuilt after sustaining damage in the Second World War. Of the original medieval building we still have the formidable bell tower, which probably started life as a guardtower; and inside we find an image of the Madonna and Child with saints by Bicci di Lorenzo.

Castellina nestles in a picture-postcard Chianti backdrop, iconic throughout the world for its green hills and extraordinary wines. Walking the Chiantigiana, the road that runs from Florence to Siena, is one way of stumbling upon the numerous agritourism farmstays and wineries that invite you to stop and sample the taste of the land.

One of the most beloved local towns is Greve in Chianti, with its unmistakable colonnaded square. A few miles from this lively centre you will find Montefioralle, a medieval castle that exerts an irresistible charm, ideal for a romantic walk for just for anyone who loves losing themselves among old alleyways. If, however, you dream of losing yourself in a sea of vineyards, you should head for Radda in Chianti and visit the forts and fortresses from times past.

Lastly, don't miss the Chianti Sculpture Park, which is full of artistic creations and installations that marry perfectly with their surrounding landscape.

In summer, Castellina in Chianti is one of those towns that puts on Calici di Stelle (goblet of stars) around 10 August, to mark the night of San Lorenzo. Wine tastings and food samples are accompanied by moments of stargazing; the town streets fill with markets, concerts and other events, while the Archaeological Museum of the Sienese Chianti keeps its doors open to the public until late in the evening.

The Watermelon Festival is also celebrated in August, an event that started among Castellina's peasant community after the Second World War.

The Chianti, as we know, is synonymous with good wine, whether Chianti DOCG or Chianti Classico DOCG. And now as always, a visit to Castellina is not complete without stopping at some of the many wine merchants or local wineries for a little tasting session, where the wine usually comes with a nice plate of Cinta Senese salami. The Chianti area also produces the magical Chianti Classico extra virgin olive oil DOP, which enriches any traditional dish, like ribollita or tripe, that you care to pour it over.

You might also be interested in Discover events, experiences, accommodation and restaurants nearby
Attractions
See allchevron_right
Museums Archeological Museum in the Siena Chianti
Naturalistic attractions Sant’Agnese Forest Nature Reserve
What to do
Ideas Itineraries Time-based tours
View allkeyboard_arrow_right
The legend of the Tuscan black rooster
Chianti: nature and relaxation
Museums and archaeological areas for family and kids
7 bike rides to explore Chianti in the saddle
New Year’s in the Chianti: top holidays with flavour and culture
Fairytale weddings in Tuscany
View allkeyboard_arrow_right
Legs 37 km Chianti and the Val d'Elsa by bike
3 Legs 70 km Explore the Chianti area by motorcycle
4 Legs 44 km 4 places to visit in the Chianti
Legs 65 km Touring the Chianti area in Tuscany
5 Legs 69 km A car tour along the Chiantigiana road
5 Legs 190 km Chianti Classico: from Florence to Siena
View allkeyboard_arrow_right
From 1 to 3 days 3 Days' Hiking in the Chianti
From 3 to 5 days Leonardo da Vinci and his passion for archaeology 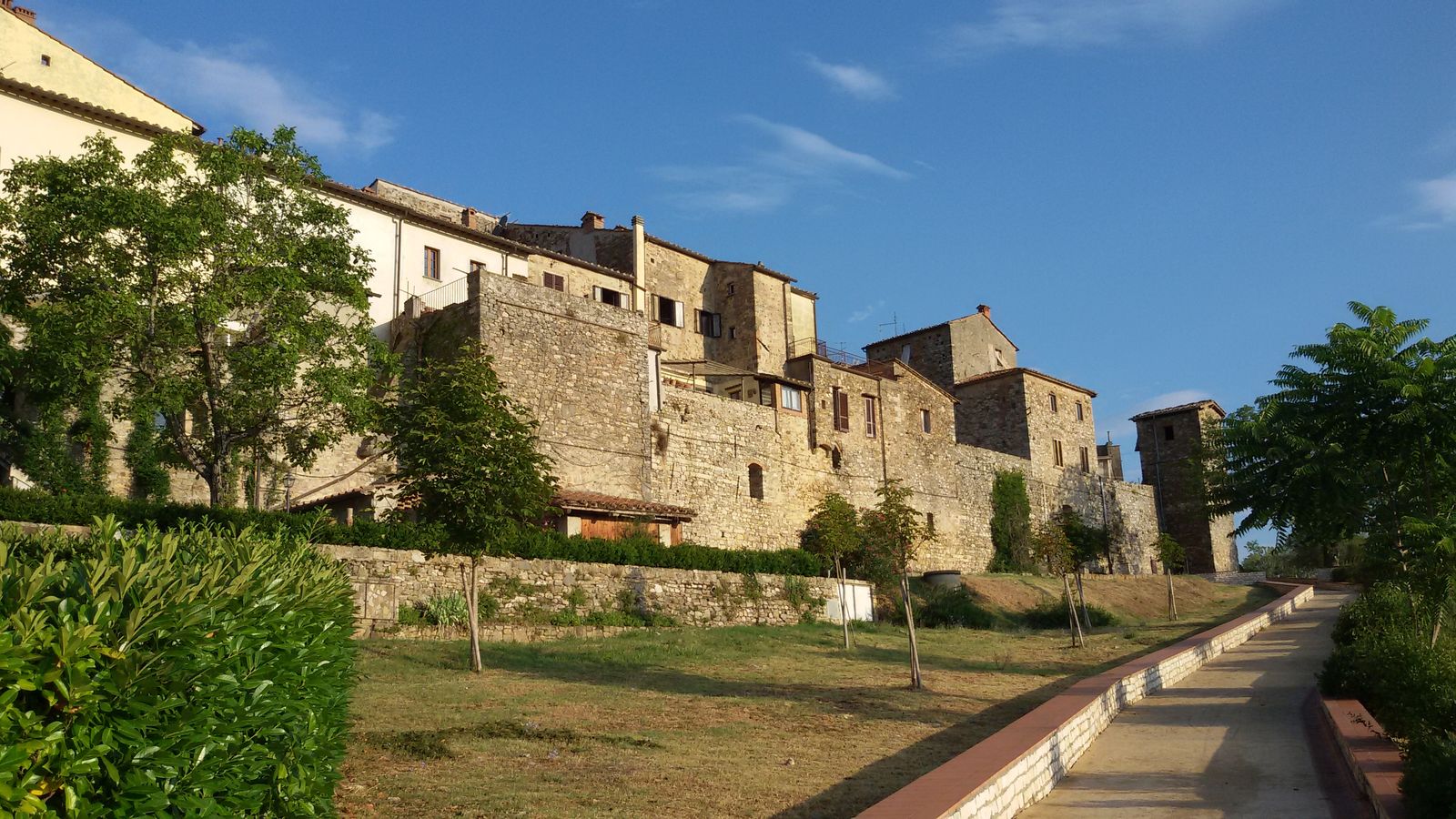 Read the story of Castellina in Chianti on