At the foothills of Monte Civitella’s wooded territory you’ll find Castell’Azzara (the Amiata’s southwest sentinel), whose name supposedly derives by having been won by Bonifacio degli Aldobrandeschi over a game of dice (zara).

Dante, in the opening triplet of canto VI of his Purgatorio, displays shock at how the castle was lost: whene'er is broken up the game of Zara / he who has lost remains behind despondent / he throws repeating, and in sadness learns.

Despite ending up in Aldobrandeschi hands, the area’s earliest settlements date to 1000 B.C. when the Umbri roamed the land, followed by the Etruscans from Sovana who ventured to the area to extract cinnabar for its mercury.

The two fortresses defending Monte Civitella date to the Aldobrandeschi, while first records of the town’s name date to 1216, when the county divided into four sections.

The oldest part of town, known for its steep and winding streets, is best explored on foot. Once in town, don’t miss the Church of San Nicola, an age-old church restructured a number of times, where inside you’ll find a beautiful 17th-century canvas attributed to Sienese painters. Also worth visiting is the Church of Madonna del Rosario, home to a number of 16th and 17th-century paintings.

In front of the Church of San Nicola, on the highest point in the town, is the Fortress of Castell’Azzara, built by the Aldobrandeschi in the 13th century. They held the property without any significant interruptions until 1439, when it was inherited by the Sforza, together with the entire county of Santa Fiora.

Slightly modified from its original form, today it’s a two-story building flanked by a tower – the Clock Tower.

Near Selvena, a few kilometres from Castell’Azzara right on the top of a mountain is the Rocca Silvana, a historic Aldobrandeschi castle and a strategic point for controlling the nearby cinnabar mines. From the ruins of Rocca Silvana you'll enjoy breathtaking views of Selvana and the area’s abandoned mines, not to mention the spectacular forests located along the flanks of Monte Civitella and other highlands.

In the wider area of Castell’Azzara is the Villa Sforzesca, a striking country villa built in 1580 for Cardinal Alessandro Sforza. The recently restored building contains lovely gates, coats of arms, fortress remains and frescoes. You’ll find this structure at the crossroads between the provinces of Siena, Grosseto and Viterbo, immersed in the unmistakable countryside of the Crete Senesi.

Nature loves shouldn’t miss the chance to visit the Monte Penna Nature Reservev, a protected area established in 1996 on the south-western Monte Amiata slopes and almost entirely covered with ash, beech and turkey oak forests. Birds such as buzzards, tawny owls and long-eared owls live in the Reserve, but you’ll also be able to catch a glimpse of foxes, porcupines, wild boars, roe deers, weasels, skunks, stone martens and martens.

In the limestone area of Poggio delle Forche you’ll find Sassocolato Cave (also known as the Bacheca cave) a place once used as a barn and for important spelunking expeditions. In 1995, the cave was closed to protect its important bat colony, which can be visited in summer months (so as to not disturb the animals) with the “L’Orso” Speleological Group of Castell’Azzara.

In July, Castell’Azzara celebrates one of its symbolic products with the Summer Truffle Festival.

The programme outlines numerous gastronomic events in order to get to know and try this exquisite product, including a day dedicated to hunting for the summer truffle in the Monte Penna woods, obviously with dinner following the activity.

The Amiata area is a zone full of woodland natural products, such as mushrooms, truffles, strawberries and raspberries.

Most importantly, Castell’Azzara is considered to be the capital of Maremma truffle and in its woods are found both white truffle (which is more rare and expensive) and the brown variety.

The unmissable Topi di Castell’Azzara is another typical, celebrated sweet treat: crescents of soft golden pastry filled with walnuts, honey, cinnamon and orange peel. The flavour is similar to that of its traditional, crispy counterpart, but with a slightly softer consistency. 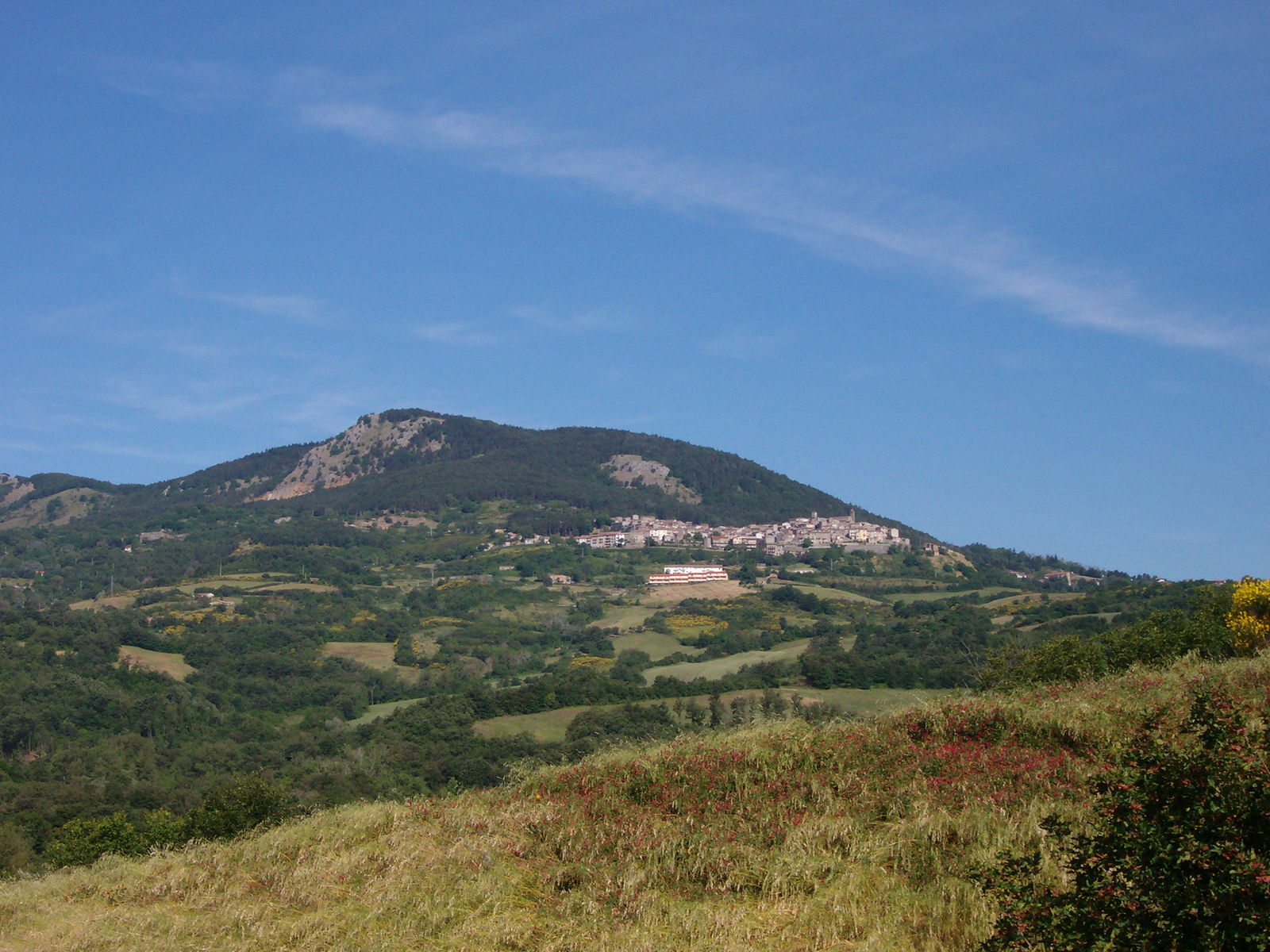 Read the story of Castell'Azzara on