Castelfranco di Sotto lies within the province of Pisa, right in the heart of what is known as the "leather belt" - an area which, as the name suggests, is famed for its leather production. The city still has its ancient structure, which adheres to the precepts of an archetypal Roman castrum: two main roads meeting at the town centre, making for a city with four gates. It's like a nautical compass.

Castelfranco began to increase in industrial power in the second half of the twentieth century, especially for its shoemaking and other sectors in leather production. You still find many leatherworkers active in the town, whose work is exported all over the world.

Traces of Castelfranco di Sotto’s past can be seen in the historic buildings that survive to this day. The collegiate church of San Pietro and San Paolo, the town's main church, is home to two wooden statues of the Annunciation by Nino Pisano, along with a fervently venerated fifteenth-century crucifix. The seventeenth-century church and convent of San Matteo is also interesting, not least for a depiction of the Madonna in Glory with St Matthew, St Anthony of Padua and Cardinal Carlo Borromeo. Also worth visiting is the church of Santa Maria Maddalena, which everyone knows simply as La Badia.

Evidence of an even older past survives too, of which the highlights are two archeological exhibitions, one in the centre of Castelfranco and another in the hamlet of Orentano. The former has a range of finds dating from prehistory to the Middle Ages; the exhibition in Orentano, meanwhile, is full of woodwork, stonework and metalwork, pottery and coins, all of which tell us something about the history of the area. Its two main showpieces are the remains of a Roman bridge and a medieval canoe, which was used to cross the neighbouring lake of Bientina.

The territory is also known for the beauty of its outdoors, as it makes up part of the Montefalcone Nature Reserve. This is most important natural park in the Cerbaie hills, which rise above the marshland between Bientina and Fucecchio.

The neighbouring Santa Croce sull'Arno, still in the province of Pisa, has a strong historical tradition of leather tanning. In fact, it has always been at the cutting edge of the craft, always leading the way with new techniques.

If you head in the direction of Florence you will come to San Miniato, a medieval gem that can easily be identified by its citadel, which stands on the hilltop. San Miniato is known for its abundance of white truffles, so gourmets as well as aesthetes flock to it. The town as always served as a convenient halt for pilgrims on the Via Francigena, the ancient road that enters Italy through the Alps and proceeds all the way to Rome.

At Castelfranco di Sotto, the Palio dei Barchini is a national institution. On the second Sunday of June, the town's districts compete for a "rag" by rolling through the streets in little wheeled boats. The event takes place alongside pageants, travelling dinners and tournaments.

Back in Orentano, that aforementioned little hamlet of Castelfranco, the Carnevale dei Bambini (children's carnival) takes place. One of Tuscany's oldest masked traditions, this event involves floats and various entertainments for all the family. In August, Orentano puts on the Sagra del Bignè to celebrate its patron saint, San Lorenzo: this festival relies on numerous pâtisseries to sculpt record-breaking, Guinness-filled profiteroles.

The cuisine of Castelfranco di Sotto reflects the culinary traditions of the whole area. The potatoes from Santa Maria a Monte, one of the bordering municipalities, lends itself extremely well to roasts and fry-ups. Fresh pasta - especially fettuccine and tagliolini - are often served with white truffles from the San Miniato hills. And the meal must finish with dessert, namely the Amaretto from Santa Croce: a dry, conical biscuit made from almond flour.

You might also be interested in Discover events, experiences, accommodation and restaurants nearby
Attractions
See allchevron_right
Naturalistic attractions Montefalcone Nature Reserve
What to do 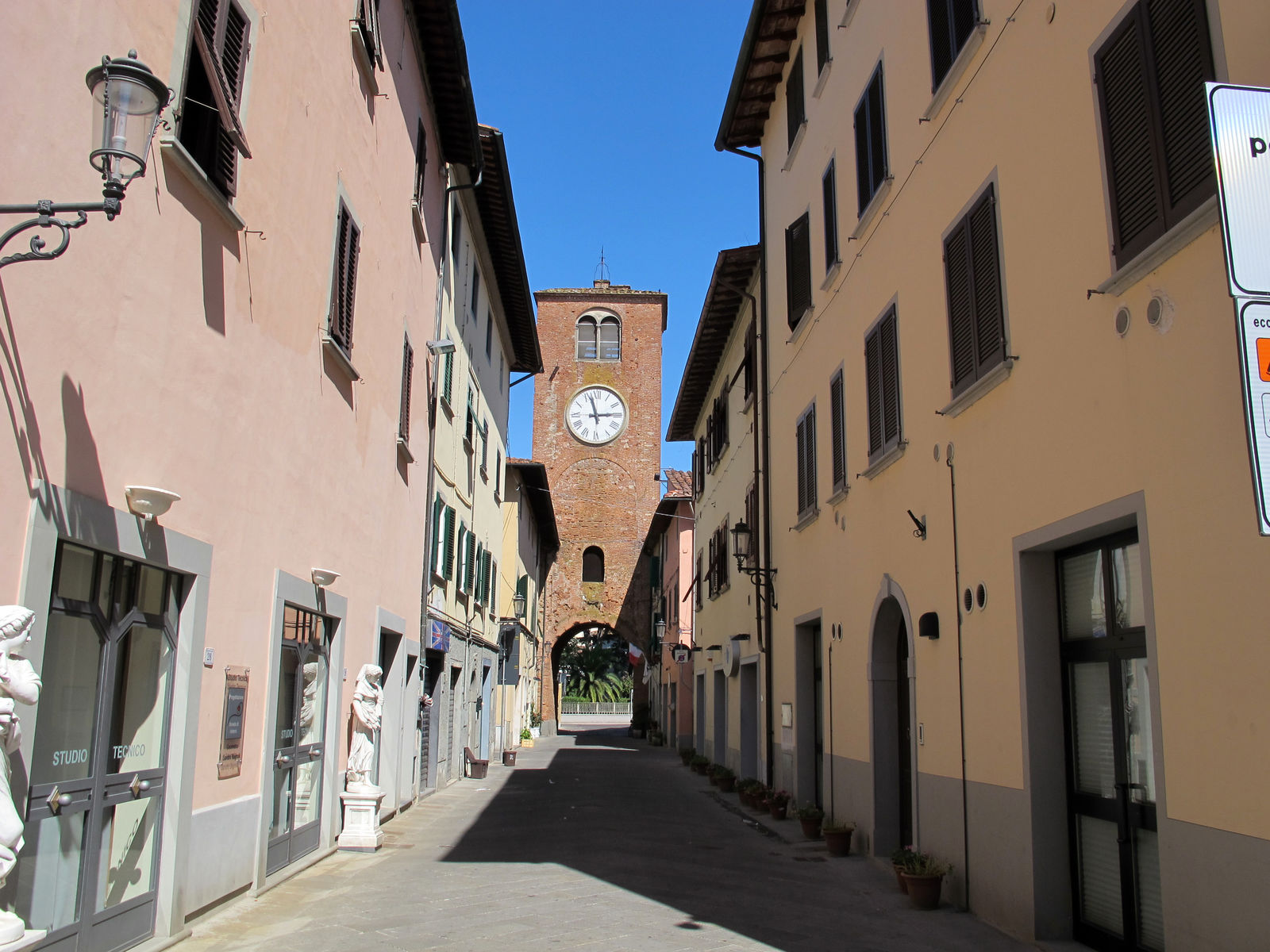 Read the story of Castelfranco di Sotto on