Casole d’Elsa, once a historic Etruscan settlement, is a village situated along the spine of a hill with a stunning panoramic view of the Sienese countryside. In the 11th and 12th centuries, the town was a fiefdom under the control of the Volterra Bishops, passing to Sienese control in 1260. Its strategic position meant it was perfectly situated to defend itself from external attacks, but also meant it subsequently needed to have new fortifications built, including two round towers that still stand, creatingthe village with its characteristic city walls.

The medieval village has also been given the Orange Flag of the Touring Club.

The very first thing you should visit in Casole d’Elsa are its oval shaped city walls that include two 15th century round towers and the Rocca, a 14th century fortress that has now become the Town Hall. Hiding in this historic and impressive structure is its contemporary soul, consisting of the Arte Viva gallery. The gallery, which was heavily pushed for by the artist Giuseppe Ciani, is home to a magnificent collection of drawings and paintings by children from all over the province.

Among the historic centre’s prestigious buildings, the Collegiata di Santa Maria Assunta is definitely a stand-out, built in the 12th century in a Gothic Romanesque style. Inside are numerous works of art such as the Cenotaph by Beltramo Aringhieri.

Next to the Collegiata is the Rectory, now home to the Collegiate Archeological Museum where you can discover the town and the history of the surrounding area through various archeological relics from the Etruscan era, paintings and sculptures by the Sienese workshop from the 14th to the 16th century.

Just outside the town centre is the notable Church of San Niccolò, appearing in documents from 1348 onwards. Inside are frescoes by Vincenzo and Francesco Rustici and a Madonna on the main altar from the 14th century Sienese school.

Selva di Sogno Park in Casole d'Elsa’s woods, just between Casole and Chiusdino, is full of sculptures and murals blossoming from the imagination of Deva Manfredo. The enchanting place is where nature becomes both the frame and the artwork at the same time, an oak wood where stones and coloured glass come to life and blend harmoniously into the environment, creating a perfect corner of the world for meditation and relaxing walks.

In the Valdelsa Valdicecina area, you can find the unmissable medieval villages of San Gimignano (which is a UNESCO World Heritage Site) and Volterra. Monteriggioni is also a must-see; with its magnificent fortified castle, it is a completely unique village which was praised by the great poet Dante Alighieri.

As in the best Sienese tradition, the Palio di Sant'Isidro also occurs in Casole d’Elsa. It really is a stand-out event that happens every summer; a horse race decides which of the six participating districts can claim victory, with events throughout the village and a craft market.

The village still continues to amaze in winter: during the Christmas period its locals put on a huge live nativity scene, which has now become an incredibly popular open air show. 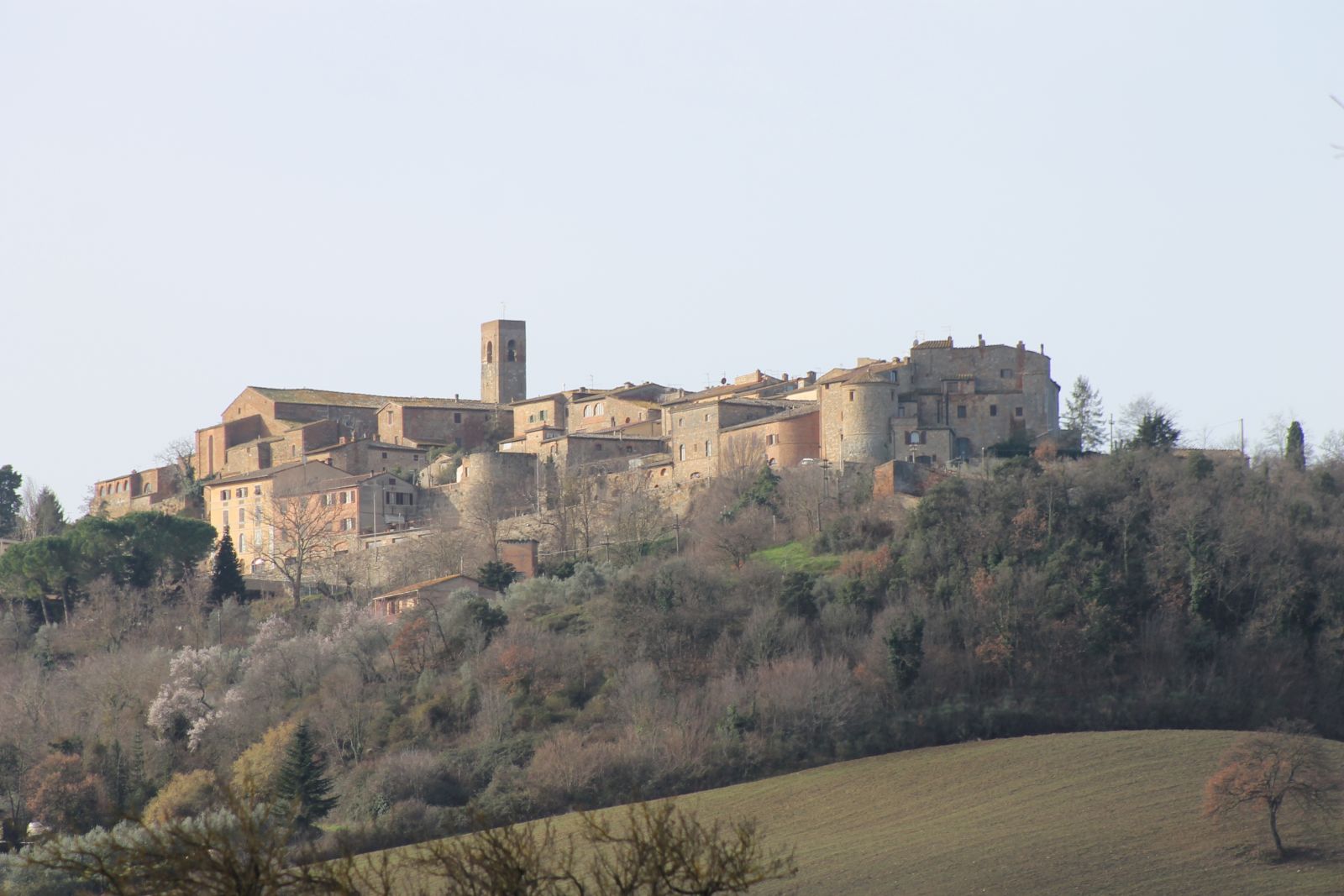 Read the story of Casole d'Elsa on