Casola, from the Roman term "Casuli," is a small but delightful town that serves as the gateway to the Apuan Alps Park on the slopes of the Lunigiana mountains. Immersed in a rich landscape of natural beauty and wild panoramas, the town is located on the peak of a rocky spur at the top of the Aulella River. A short way away from the Tassonaro stream, it stretches through a territory hugging both the Apennine and Apuan mountain chains on the border of the Lunigiana and Garfagnana regions.

The town, for ages the property of the Malaspina di Fosdinovo family, was linked to the Fivizzano area between the 15th and 19th centuries. In 1841, both Casola and Fivizzano became part of the Duchy of Modena, and in 1859 the town was added to the Massa-Carrara province. It wasn’t until 1863 that it was given its current title.

What to see in Casola in Lunigiana

The fortified town developed in the 15th century around a castle, though only its beautiful cylindrical tower and a few wall fragments remain. The old Palazzo comunale is today home to the Museum of the High Valley of the Aulella Territory, which contains remains of human settlements in the Lunigiana area dating to the Lower Paleolithic era. The town is well preserved and exudes a suggestive air, vaunting noble palaces, elegant passageways and shops with medieval and Renaissance flair.

Centuries ago, the Ospedale di San Nicolao di Tea was located on the road that connects the Val di Magra to the Garfagnana, a structure that no longer exists today (except for few remains). The building serves as proof of the high number of merchants and pilgrims that once made their way through the area.

In Casola’s surroundings, you can also admire the splendid Romanesque-style parish churches of Santi Cornelio e Cipriano a Codiponte and of San Pietro a Offiano, the former located in an area filled with archeological finds. Be sure to also check out the small but spectacular towns dotting the landscape, like Regnano, Ugliancaldo and Castiglioncello.

Known for its history, folklore and strong humanistic culture, Fivizzano (in the Massa Carrara province) is one of Lunigiana’s most interesting towns. The village actually owes its fortune to its strategic position, located on the road between Lucca and Parma – also known as the Via Nuova Clodia. As well as being able to admire the majestic walls built by Cosimo de 'Medici in 1540, just outside Fivizzano is the Verrucola Castle, which was the residence of the sculptor Pietro Cascella.

Equi Terme is certainly worth a visit at only a few kilometers away, and is a famous spa where you can discover its beautiful caves.

Casola in Lunigiana is included in the 'Via dei Mercati Medievali,' a series of celebratory festivals that take place between July and August. Don't miss the variety of traditional festivals, three of noteworthy fame. The first takes place Casola in April, the second in Equi in June and the third in Codiponte in September.

Foodies should absolutely try testaroli with pesto, panigacci, amor alla crema and many other typical products made following historic recipes that have been handed down from generation to generation.

You might also be interested in Discover events, experiences, accommodation and restaurants nearby
Attractions
See allchevron_right
Museums Museum of the Lungiana Stele Statues
Hamlets, districts and squares The town of Filetto
Archaeological sites Malaspina Castle in Fosdinovo
Places of worship Co-Cathedral of Santa Maria Assunta in Pontremoli
Naturalistic attractions Apuan Alps Regional Park
What to do
Ideas Itineraries Time-based tours
View allkeyboard_arrow_right
Hiking with taste: the hiking trails of flavour in Tuscany
5 traditional breads from Tuscany
The fascinating lives of bees in Lunigiana
4 parish churches along the Via Francigena in Lunigiana
Tastes and traditions along the Apuan Alps bread route
The tradition of chestnuts in Lunigiana: from the woods to DOP flour
View allkeyboard_arrow_right
Legs 62.5 km Via del Volto Santo by bike
4 Legs Sentiero dei Ducati: a trekking route from the Appennines to the Tyrrhenian coast
6 Legs 120 km Explore the Garfagnana by Motorcycle
View allkeyboard_arrow_right
One week 6 days to discover the Apuan Alps 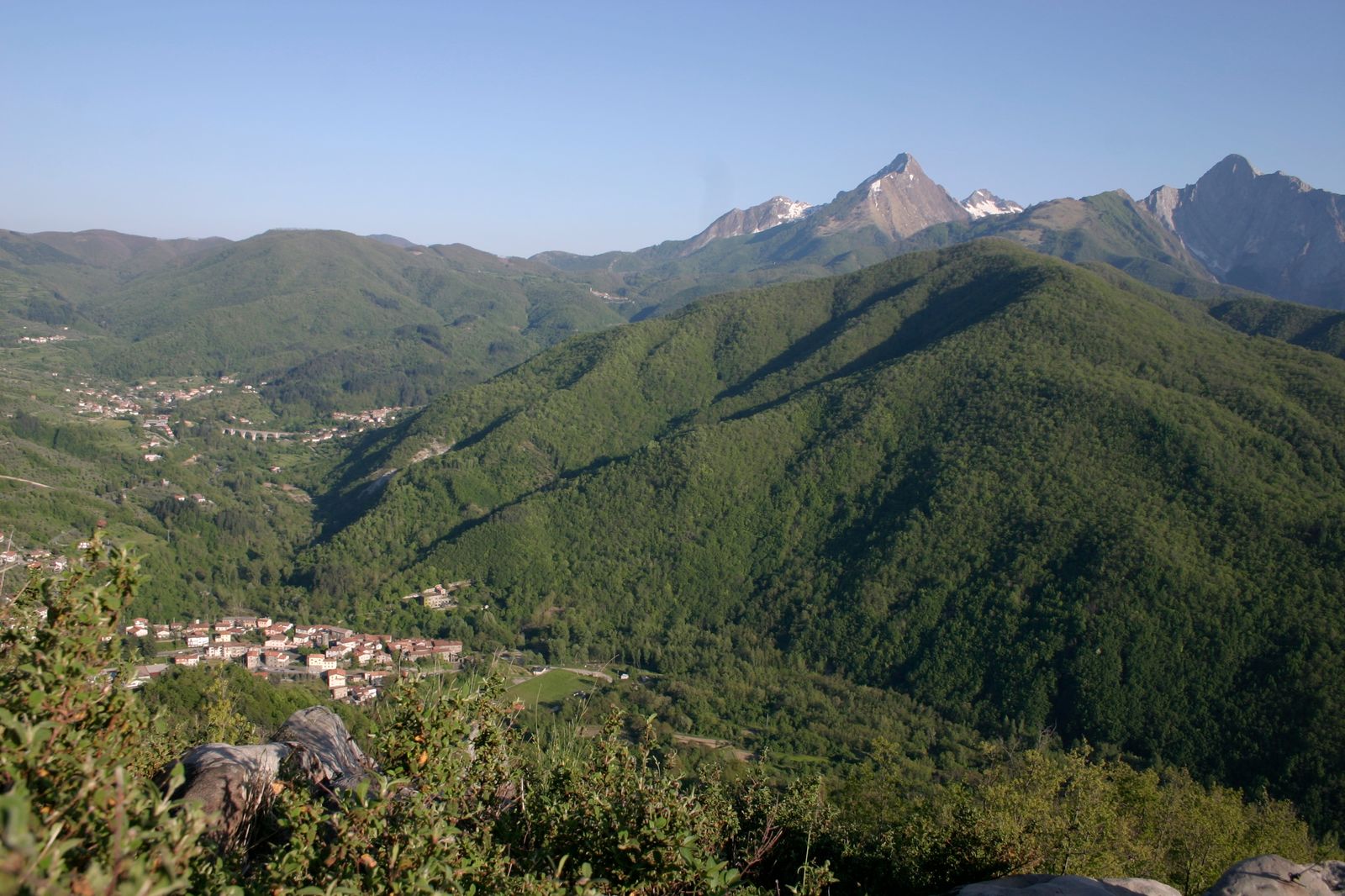 Read the story of Casola in Lunigiana on