Even today, Cascina preserves its medieval aspect, witness to an age when it was subject to a tug-of-war between Pisa and Florence. One of many battles over Cascina was fought on 28 July 1364, and the participating Pisan and Florentine troops were sketched out in a few drafts by Michelangelo, which were meant to be converted into frescoes in Florence's Palazzo Vecchio. But the great artist got no further than the drawings, which, sadly, are now lost.

The history of Cascina, however, certainly goes back at least to the Romans, who designed it to their typical castrum form. In the Middle Ages, work began on the buildings that we see today, most notable of which are the thirteenth-century walls - only partly still standing - and their twelve towers.

One of Cascina's most charming constructions is the parish church of Santa Maria Assunta and San Giovanni, which stands in the centre of where the original settlement grew up. An example of the Pisan Romanesque with a striking façade, its interior also surprises with its elegance and delicacy. Between the columns, which are made of Carrara marble, we find a terracotta Madonna and Child by Benedetto da Maiano, a fifteenth-century Florentine sculptor.

The Oratory of San Giovanni Battista also stands in Cascina's historic centre, a rare piece of medieval painting in the Pisan area. It was built in the fourteenth century and frescoed by the Sienese artist Martino di Bartolomeo.

Cascina's everyday local artisans, however, are no less impressive: their skill with their hands has earned the town the nickname of the "furniture city". This subsector of woodwork goes back a long way here, all the way to antiquity: the pharmacy at the Calci charterhouse seems to have originated in one of Cascina's workshops. The history of this tradition is preserved in the Museum of the Art and Artisans of Woodwork, which forms part of the permanent furniture exhibition.

Among the hills of the Terre di Pisa, you find a true oasis of wellbeing. San Giuliano Terme is a small but renowned little town, beloved for its hot springs. Its waters have been used for their therapeutic properties ever since the time of the ancient Romans; in more recent centuries, they succoured such (in)famous characters as Shelley and Byron, Giacomo Puccini, and King Carlo Alberto of Savoy.

Cascina Terme Lari stands a few miles away, a little spa town that dates back all the way to 1311. Apart from exploiting its health-giving properties at dedicated spa resorts, you can also savour the 19 varieties of Lari cherries, which flourish in the local area and enjoy their own annual festival. This event brings local producers flocking into the town square to sell baskets of cherries and cherry preserves and liqueurs.

Every spring Cascina puts on its annual fair, an event traditionally held in honour of the town's patron saints, St Innocent and St Florentius. Stalls and stands throng the historic centre; concerts are played, a theme park is set up, and the proceeds from a game of bingo go to charity.

Children love the annual fair, but they love Hallowe'en even more. People in masks, vampires and ghouls take to the streets, picking up local culinary specialities and street food along the way.

The piattella pisana has its origins in the Arno valley, between Cascina and Pisa. This is a type of bean known even to the ancients, and which is used in preparing salads, pastas and soups. The main ingredient in zuppa lombarda, with greens and stale bread, it also goes into Pisan black cabbage soup.

The piattella bean is considered a real delicacy, thanks to its consistency, flavour and smell, which are absent even from similar species like borlotti and cannellini beans.

You might also be interested in Discover events, experiences, accommodation and restaurants nearby
Attractions
See allchevron_right
Places of worship The Parish Church of San Giovanni and Santa Maria Assunta in Cascina
Monuments Cascina city walls
What to do
Ideas
View allkeyboard_arrow_right
Villas and parks on Monte Pisano 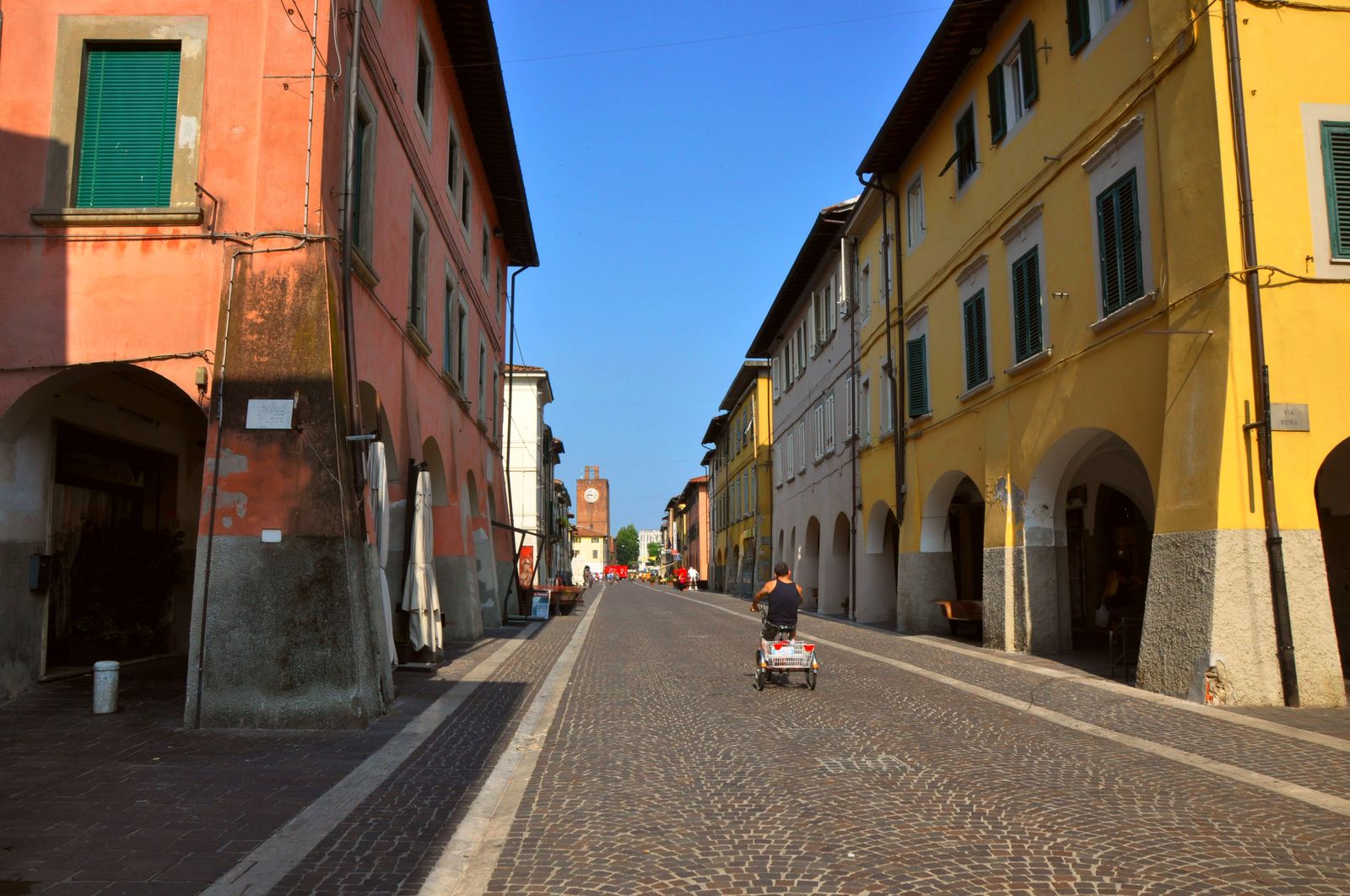 Read the story of Cascina on