Carrara, located in the Apuan Riviera in Northern Tuscany, has always been known as the marble city. The city merges into the Alps in a succession of diverse and fascinating landscapes, dominated by white mountain tips and marble extracted from quarries, which has been at the foundations of the town’s history and fortune.

This historic town’s identity has always been linked to the exploitation of the clear stone from its quarries since the Roman Empier. Ever since, Carrara’s name instantly brings to mind quarries and marble - the white gold so famous it recalls artists of all ages and places.

Even the town’s coat of arms and name have always been linked to marble: the first represents the wheel, as does the toponym, which some believe comes from Cararia, the place of wagons. These wagons were used to transport the marble blocks, whilst the wheel on the coat of arms is always associated with the motto  fortitudo mea in rota.

What to see in Carrara

The oldest core of the city is the Collegiate Church of Sant'Andrea, which later became the splendid Cathedral, famous for its grandiose façade decorated with slabs of white Luna marble alternating with black Colonnata marble. This majestic monument is located in Piazza Duomo, the beating heart of the city.

Start your time in Carrara with a visit to Malaspina Castle, the fortress that represented the regaining of autonomy from the Luni bishops. In fact, in the 13th century, the secular forces promoted the village’s military organization by reinforcing the fortress itself. Over the centuries, the monument’s defensive purpose has been transformed into a wonderful noble residence, and since 1805 has been home to the Academy of Fine Arts.

We recommend visiting Sanctuary of the Madonna delle Grazie in the historic centre, built between 1620 and 1660 in a Baroque-Rococo style. Also take a visit to the Carmine Church, whose façade features a sculpture of the Blessed Virgin of the Rose by the Spaniard Bartolomeo Ordonez.

To learn more about the city’s history and vocation, have a look around the Civic Marble Museum. Opened in 1982, its exhibition space is divided into six internal sections and an external area that offer visitors a complex and fascinating insight into the local heritage, including Roman archaeology and the area’s history, in order to illustrate the most innovative techniques of modern sculpture in marble and other materials.

For contemporary art enthusiasts, a visit to the Centre of Plastic Arts in Carrara, housed inside the former convent of San Francesco, is a must. The museum is made up of works acquired by the municipality of Carrara over the course of the different editions of the International Sculpture Biennial since 1957 to today, from those received from private donations and from the works left in the cloister and made for the event “Designing the Marble”. Don’t miss CARMI - the Carrara and Michelangelo Museum, housed in Villa Fabbricotti, a nineteenth century building located inside Padula Park.

In 1557 Alberico I Cybo Malaspina modified and expanded the town’s layout, and created the new city walls that still enclose Caffaggio and Grazzanol the villages outside the medieval walls, and the distinctive piazza Alberica was built inside the new layout.

A trip to Carrara is simply incomplete without visiting the Apuan Alps Regional Park, whose peaks surround the town.

This unique mountain range extends for 60 km along Versilia, Lunigiana and Garfagnana, known not just for its beautiful marble but also for the deep abysses that open up between the mountains, the breathtaking quarries and the incredible panoramas that range from the white peaks to the Tyrrhenian coast.

Don't miss a visit to Marina di Carrara, which, thanks to its “club nautico” – which is particularly popular with tourists - has been a hotbed of champions who have distinguished themselves in regattas  all over the world, such as Luca Santella, the Chieffi brothers and Paolo Bottari. Piazza Menconi's street furniture, completely paved in marble with a splendid fountain, is also incredibly beautiful.

The Historical Re-enactment of the Lizzatura takes place in August, set in the spectacular marble quarries. The Lizzatura was historical method that quarrymen used to transport marble blocks, sliding them over soapy wood and then carrying them into the valley in ox carts.

Producing the Colonnata lard IGP (one of the most famous local gastronomical products in the world) will always be linked to the marble city. This authentic delicacy is named after Colonnata, a tiny quarrymen village in the Apuan Alps, about 8 km from Carrara, surrounded by picturesque marble quarries. The lard is obtained from the fatty part of the pig's back, processed with aromatic herbs and then left to mature in special marble basins. But in general we recommend all the typical products of the local cuisine! 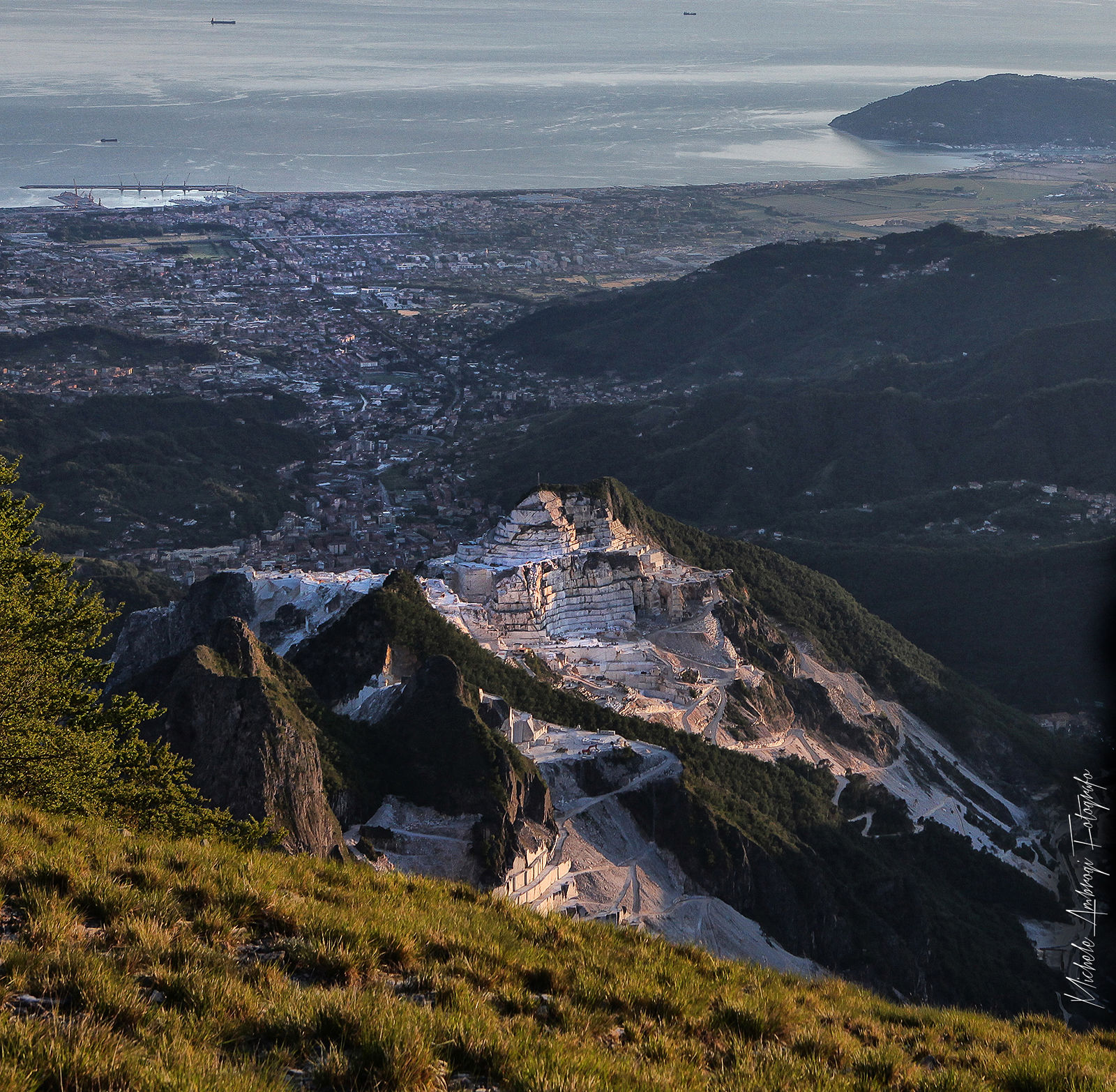 Read the story of Carrara on