Truffle hunt in the hills around Volterra
See all deals >
Events

Capraia is an island uncontaminated, surrounded by the wilderness, and its village is a true paradise outside the boundaries of time. The island of Capraia, which has been part of the Tuscan Archipelago National Park since 1996, is the ideal destination for a romantic getaway or for anyone who loves the sea: there are countless opportunities to enjoy diving, snorkelling, boat trips and jaunts to delightful coves or enchanting beaches.

The island was named Aegylon by the Greeks in around 1000 BC, translated as the "place of goats". The name Capraia, from the Latin Capraria, derives from the Etruscan word capra which, contrary to what one might think, actually means “rock”. Although the similarity between the words suggests a different meaning, its etymology alludes to the island’s volcanic origin and its harsh and rocky landscape.

The volcanic soil, which was once covered by thick woodland, is now full of typical Mediterranean scrubland. Once on the island, the smell of myrtle and the colourful strawberry tree fruits will immediately entice you. The vegetation consists mostly of pines, holm oaks, wild oleander and a few cork trees.

What to see in Capraia

Having been ransacked several times over the years, signs of such attacks can be seen in the island’s fortifications (such as Fort San Giorgio and the tower of Il Bagno), which were built at the time of the Genoese domination.

The Roman road of San Leonardo was used during those times as a secret path to connect the port with the town, thus escaping pirate raids. Today it is perfect for an invigorating walk immersed in the scent of the Mediterranean scrubland while admiring the breathtaking panoramic views.

The church of San Nicola is found in the village’s main square, and still displays a wooden statue dedicated to the Saint, which has been recovered from the sea. Away from the small port of Marina di Capraia, you can immerse yourself in the fields and land, which is cultivated by local farms that produce jams, preserves, grappas, cheese, honey and wine.

There is also a huge variety of trekking itineraries that lead you through breathtaking landscapes, historical relics (such as the former Criminal Farm Colony, which has been out of use since 1986) and secret bays. Cala Rossa, for example, which is on the Zenobito promontory, is known for its clear, clean waters and is also reachable by boat.

Capraia’s environmental characteristics are often similar to those of the other Tuscan Archipelago Park islands. Elba, Pianosa, Giglio, Montecristo, Giannutri and Gorgona are the preferred habitat for birds of prey, such as kestrels, buzzards and peregrine falcons. L’Isola d’Elba, the largest in Tuscany, is perfect not just for birdwatching but for all kinds of holidays. If you’re interested in the island’s mining history, we recommend a jeep visit to the Rio Marina Park, characterized by silvery craters and old quartz and marble factories.

The coastal inlets of Marina di Campo and the offshore seabed near Portoferraio are ideal for watersports: you can try diving into the ocean, exploring the coast by kayak, or even sailing and windsurfing for the more adventurous.

Totano Festival is undoubtedly the most famous event in Capraia, and is held every year in November. The event is divided into two main parts: a squid fishing competition and the festival itself, with many food and wine stalls.

The Tuscan Archipelago Palio marinaro is part of a historical tradition that also involves Capraia. Between August and September, crews from the various Tuscan islands compete in a rowing competition.

In spring and autumn, Capriaia is home to the Walking Festival, in which there are gatherings and excursions led by specialist guides that set out to discover the beauty of the island by foot.

The island of Capraia is well-known for the quality and excellence of its fresh and mature goats cheese. In fact, the Romans called the island Capraia precisely because it was (and still is) inhabited by goats. Another typical local product is the Capraia nectar: a mixed flower honey with an aromatic, slightly floral scent. Stuffed squid and seafood dishes are the locals’ preferred recipes, although there are also delicacies based on sammola, a bulbous plant that plays a similar role in cooking to garlic.

Top 5 romantic things to do in Tuscany with your partner

Getting ready for a trip to Capraia Island

Following the flowers of the Tuscan Archipelago
View allkeyboard_arrow_right

3 Legs 12 km Capraia, hiking through mountains above the sea

From 3 to 5 days 4 restorative days on Capraia island

From 1 to 3 days Capraia: what to see during a three-day weekend
View allkeyboard_arrow_right
star Festivals

Tuscany Walking Festival Between April and May; between September and October
in Isola d’Elba 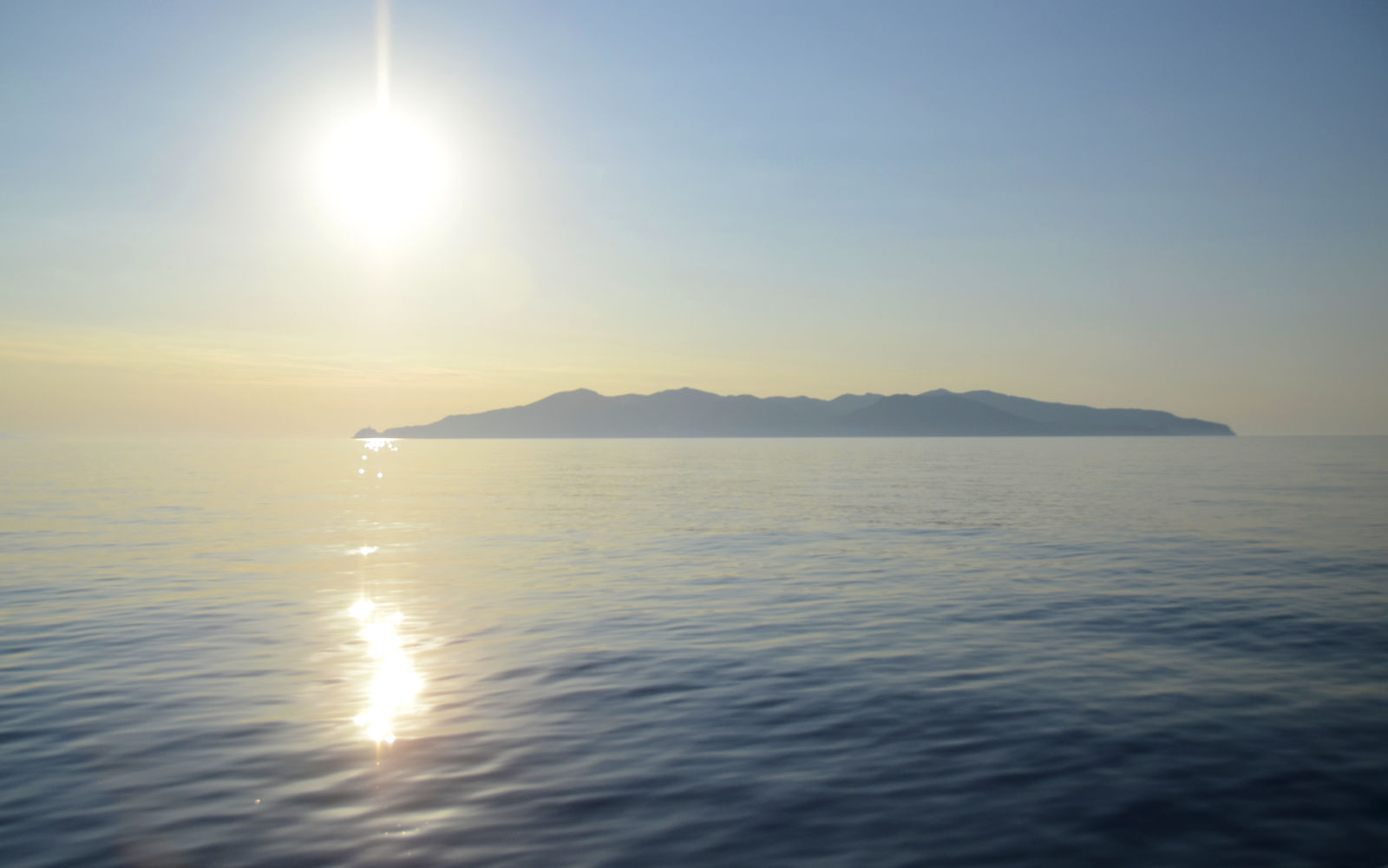 Read the story of Capraia Island on