Arezzo
A historic treasure chest, home to well-known names such as Vasari and Petrarca

The city of Arezzo, situated in the South-West of Tuscany, rises up a hill which takes in 4 valleys: Valtiberina, Casentino, Valdarno and Valdichiana.

The city has deeply historic origins, and is – although this is a little-known fact – even older than Alexandria in Egypt!
Arezzo was one of the major Etruscan Lucumonies and later became a strategic Roman center, a fulcrum of flourishing economic activity and cultural monuments, including the Amphitheater, whose remarkable remains can be seen today.

At that time its foundries and art factories, whose decoration technique spread throughout the Roman world for coral vases were renowned. In the Middle Ages, it became a free commune in which the Ghibelline faction prevailed and conflicted with Florence. After the battle of Campaldino in 1289, the independence of the city ended and, despite a slight economic recovery during the Tarlati period, Arezzo became a Florentine domain as early as 1384, thus becoming part of the Grand Duchy of the Medici family.

What to see in Arezzo

Discover the city of Arezzo and its surroundings by exploring its vast naturalistic and artistic heritage in an extraordinarily culturally rich area.

Although part of the medieval city was destroyed during the Second World War, the center of Arezzo is still home to magnificent monuments, churches, palaces and museums.

Once in the heart of the historic center, it is impossible not to be fascinated by its most famous church, the San Francesco Basilica. Its interior preserves the series of frescoes by Piero della Francesca, the Legend of the True Cross, a Renaissance masterpiece of inestimable value. The stained glass windows inside the Cathedral of San Donato by Guillame de Marcillat and the Magdalene by Piero della Francesca are breathtakingly beautiful. The impressive Loggiato Vasariano stands next to the medieval towers – it was the model for and trial of the one later made by the artist for the Uffizi - which surrounds Piazza Grande or Piazza Vasari. Visits to the Medici Fortress (built by Cosimo I), the Palazzo della Fraternita dei Laici and the Parish church of Santa Maria, one of the best known examples of Romanesque architecture, are unmissable. The Palazzo dei Priori, a jewel of art and architecture, is in the heart of the historic center and has now become the Municipal seat. In the medieval village you can also visit the remains of the Roman amphitheater. a wooden crucifix by Cimabue is also kept in the Basilica of San Domenico.

You absolutely cannot miss the Mudas, the Diocesan Museum of Sacred Art of Arezzo, located inside the Palazzo Vescovile. The museum is home to artistic heritage from the Arezzo diocese, the Duomo and other churches in the area. The rooms also showcase paintings from the 15th to the 19th century.

Finally, we recommend a visit to the Giorgio Vasari House Museum, dedicated to the painter, architect and sculptor born in Arezzo.

Capolona, which rests on the border with the Pratomagno, is a beautiful spot ​​"where the Arno turns up its nose to the Arezzo people" according to Dante. Take a look at the Parish church of Santa Maria a Sietina, dating back to the eleventh century, which preserves intriguing Gothic and Renaissance frescoes. The church can be reached along the ancient Via Romea Germanica; it’s here that the itinerary of the Tuscan stretch is divided into 7 stages.

Every March, the Marzuolo Truffle Show, dedicated to the cultivation and harvesting of the Marzuolo (or bianchetto) truffle, takes place here.

If you head along the Strada dei Setteponti del Valdarno from Arezzo, you’ll reach Castiglion Fibocchi. The village is intrinsically linked by name to the sons of Ottaviano Pazzi - otherwise known as “Bocco” - who became the owner of the castle that once stood there.

The town is, above all, renowned for its traditional Carnival, during which there are elegant and sumptuous mask parades, allowing Castiglion Fibocchi to become a miniature Tuscan Venice.

Arezzo is a city where ancient traditions reverberate from every corner; one way to experience them is to visit during the penultimate Saturday of June or the first Sunday of September, when Piazza Grande is turned into the centre of the Giostra del Saracino, a knightly tournament originating from medieval times.

There is also the more frequent Antiques Fair, which takes place on the first weekend of the month in the very same square, and is a vast market of often unusual objects – which does mean you should prepare yourself to spend a while hunting to find just what you want!

The pappardelle all'aretina, a dish with duck sauce, is a must-try in the winter, especially during the Christmas holidays. The Wine Route, a 200 km journey of discovering Arezzo's food and wine, is equally as unmissable. Among the wines produced in the Terre di Arezzo, there are the DOCG Chianti Colli Aretini and three DOCs: Cortona, Valdichiana and Val d’Arno di Sopra. Vin Santo, a liqueur wine intended as an accompaniment to desserts, is well worth a try and goes perfectly with the famous biscuits, Tuscan cantucci.

Museums Museum of Medieval and Modern Art in Arezzo

Enjoy the Antique Market in Arezzo

A tour in Arezzo: what to see and do

10 Things to do in Arezzo

5 museums in Arezzo you cannot miss

How much Tuscany is there inside the Gioconda?
View allkeyboard_arrow_right

8 Legs 100 km Along the banks of the Arno: From Florence to Arezzo

3 Legs 62 miles Discovering the Etruscans in Arezzo and Cortona

Legs 62 km The Bonifica bike path through the Chiana Valley

From 1 to 3 days One Day in Arezzo

From 3 to 5 days Antiques, art and eclectic festivals in the Tuscan Valdichiana

From 3 to 5 days Via Romea di Stade: 5 days walking through history

One week One week in Val di Chiana and Maremma 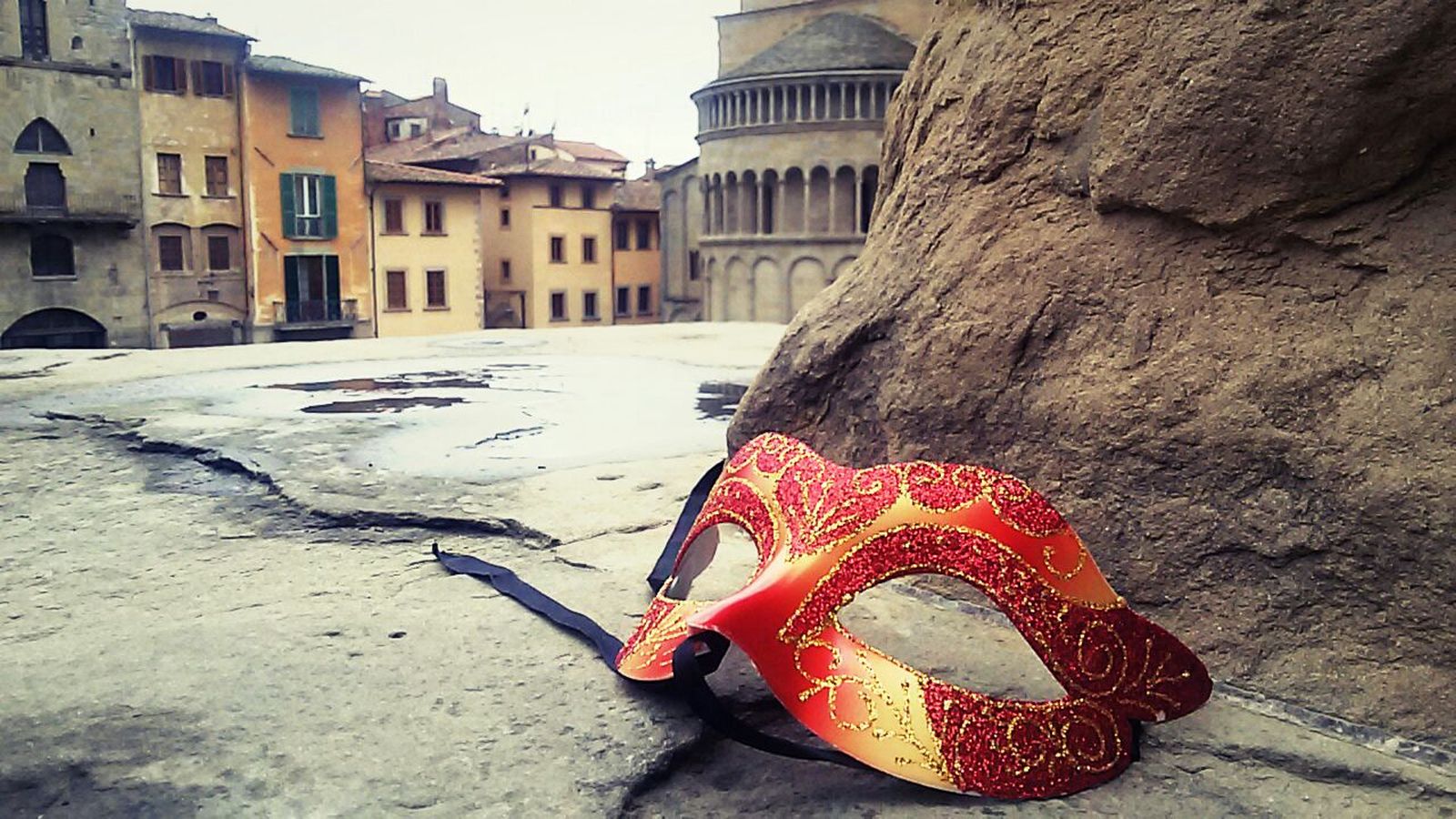 Read the story of Arezzo on